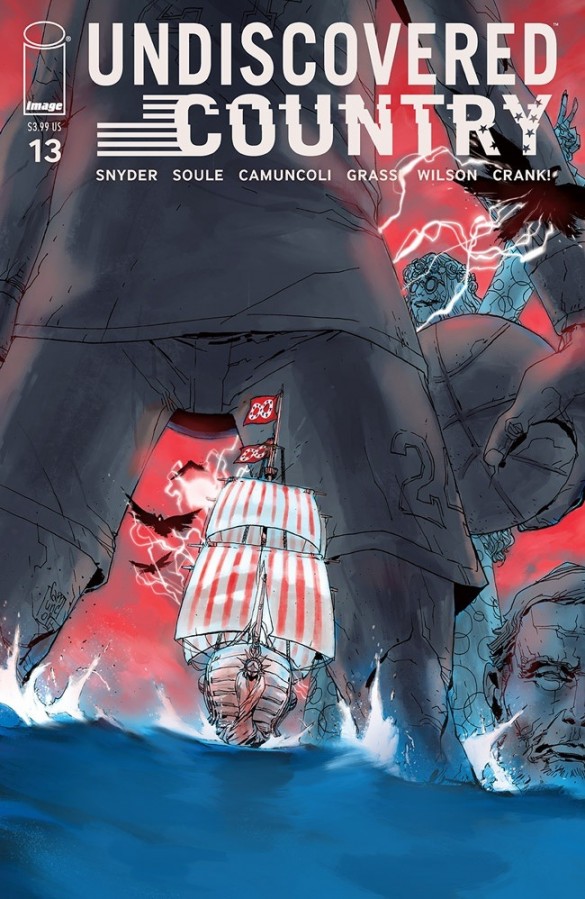 “”Captain Flag and the Last Line….We are here to save the day!” – Captain Flag

The journey through the transformed United States continues as our group of explorers ventures into the third Zone –  Possibility, a region built on the endlessly evolving landscape of American creativity, from folklore to virtual reality. 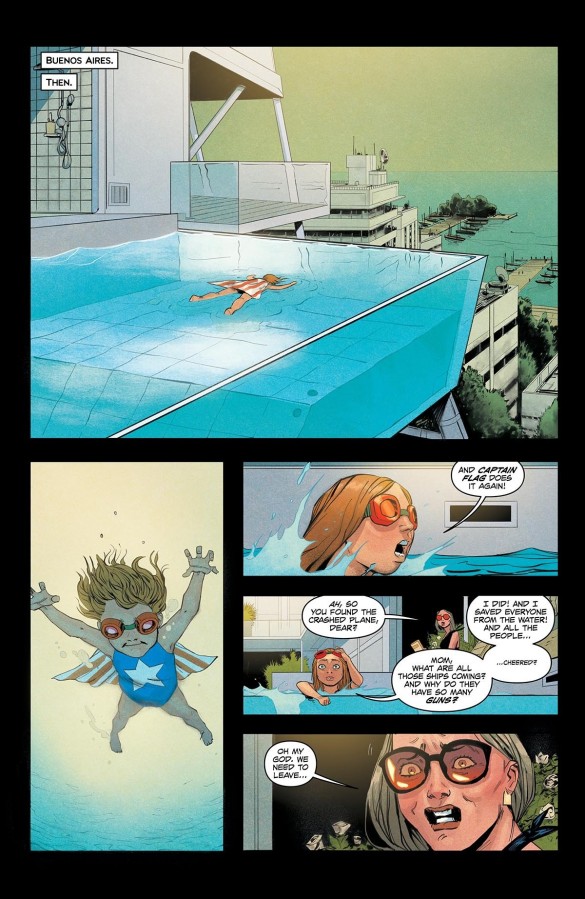 First things first…it’s been a minute.  We haven’t seen an Undiscovered Country issue since February.  Rightly so as Scott Snyder has a hit on his hands with Nocterra.   But make sure you check out the first issue if you have forgotten how epic this adventure started.

Scott Snyder and Charles Soule have taken us through two zones in the United States in Destiny and Unity.  After a long respite in releasing issues, we now arrive in Possibility.

Artists Giuseppe Camuncoli,and  Leonardo Marcello Grassi provide a clever way of presenting the high seas within the United States as each island in Possibility resembles items such as musical notes, books or a painter’s tool.  Not to be nitpicky, but where are these islands located….are we east coast or west coast or is the geography totally blown awry?  After all, the map we initially were exposed to is quite different (as well as how time passes).

Our team is charged with going through thirteen territories (no word if all of them will be explored as I am sure sales of the comic may drive that factor).  Given the historical Easter Eggs of artifacts that the authors provide as either clues or keys in the travel of this team, this comic is quite intriguing to any history buff. 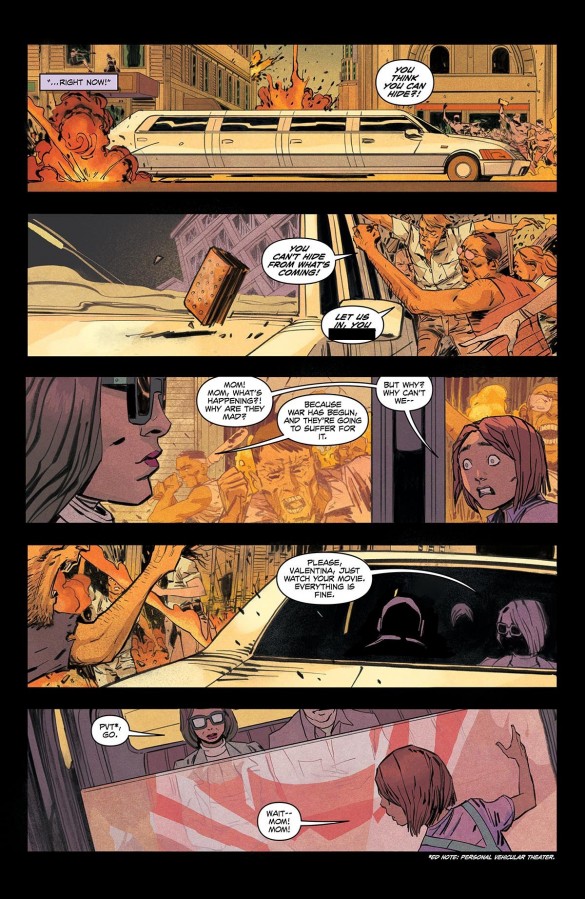 The art by Giuseppe Camuncoli and Marcello Grassi is fantastic. To put our team at adversaries with 1940’s gangsters on the high seas is pretty impressive.

With Matt Wilson’s mostly white palette and Crank!’s lettering, this creative team is working hard to go across the entire US landscape to arrive at ….. well, I think a cure for the Sky virus.  But again, it’s been a minute.

I get the picture that each of the team has a particular talent,but now someone has to write a song or a rap or a poem in order to gain passage through the seas?  I hope there is not a shark in these waters as we may have jumped it. 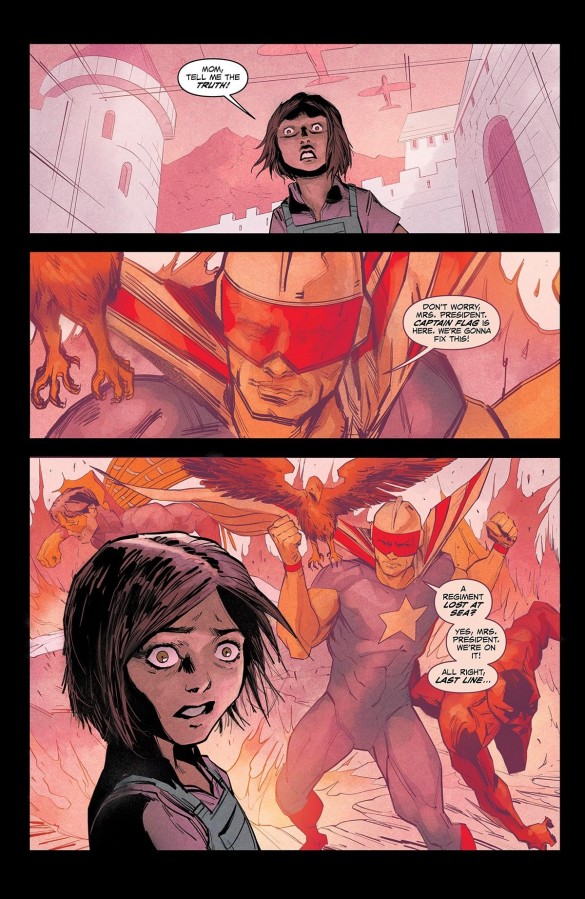 This story started strong…very cinematic.  In fact, in the back of the book, Snyder even gives us a glimpse that the book has been submitted to Hollywood as a screen play.  Will it be a movie?  If so, it needs to wrap up in two hours as this series can play out like a mini-series on Netflix, given there are 13 territories we need to cross and we are just in three.  That’s a lot of popcorn and soda to go through in a setting.

What started as a Stephen King like masterpiece is looking like some of his work done AFTER he was hit in his bike accident and he was on painkillers.  This is the first time I think I have ever had a negative on anything associated with this series, but we are on like our third or fourth incarnation of Uncle Sam and he gets crazier each issue.

I may be looking to long ball with this comic as Snyder’s work on Batman has raised his bar super high.  Nocterra is just phenomenal.  I have fallen out of rhythm with Undiscovered Country so I will attribute a bit of my saltiness to that.  But my lenses have been clouded on this trip.

This issue was a bit light.  Not the urgency of prior issues to escape a land, cure the Sky virus, watch out for the back stabbing.  While it dealt with the artistic side of things, it was a bit far fetched for me.  But UC fans…you need to keep on keeping on.  Every part of a race cannot be perfect nor can every issue.  We have been spoiled by this group of artists and authors.  Perhaps the pandemic gave us some rust we need to shake off for this series!