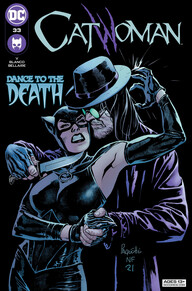 “I want you to ask yourself how many second chances you got because of what you mean to him?  – Basil Karlo aka Clayface

Catwoman #33- Selina has worked hard to establish herself as the queen of Alleytown.
But in response to Catwoman saving Poison Ivy from extermination at the hands of Saint Industries, Simon Saint has sent in the early stages of a totalitarian force that has left her kingdom shuttered.
Catwoman has seen a man take his own life to avoid the consequences of crossing Saint Industries, so she knows there is no telling what they have in store for her and her gang of strays.
And to make matters worse, Alleytown’s eerily quiet and empty streets now set the stage for the long-awaited confrontation between Catwoman and Father Valley! 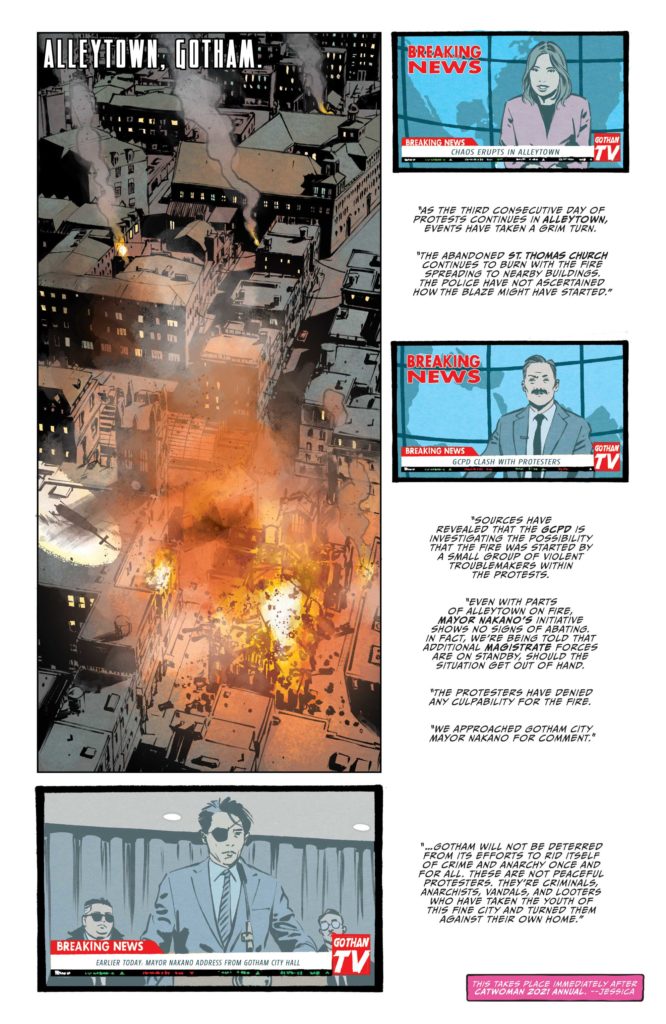 Fernando Blanco returns to take over the reigns for the art in this issue and he gives us dirty cityscapes and a focus on a fight that we have been anticipating.  Round One of Selina versus Father Valley.

Incidentally, if you did not catch up with the Catwoman 2021 Annual, shame on you.  The origin of Father Valley is as enormous as when we found out about Bane in the 90’s.  These issues with the first appearances of Father Valley, to the one you should have in your hands right now, will be spoken about for decades.

Blanco’s pens and Ram V’s writing have given us what we have been anticipating for some time.  I’ll not spoil anything about this battle, but it is complete with knives, martial arts, and scripture quoting.

Hauntingly enough is the parallel story of Selina establishing the parameters in Alleytown and her attempts to make sure her “kids” are not sacrificial pawns in a turf war.  But the dialogue between her and Clayface is deep….real deep!  Joelle Jones poured herself into this book, but Ram V has taken it to unexpected levels making Selena so relevant in the DC landscape! 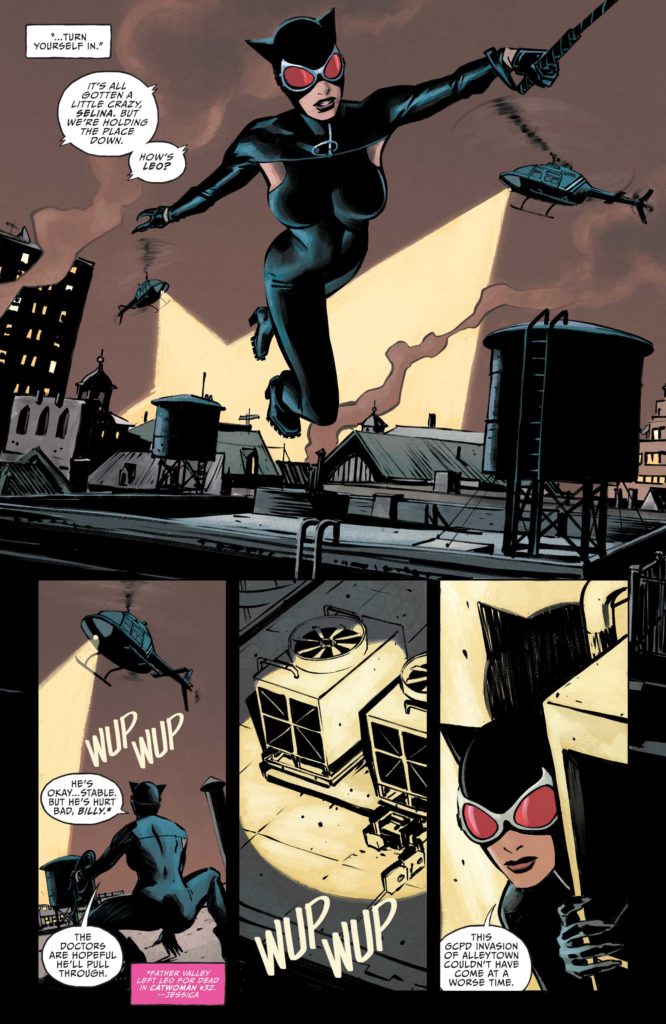 I am unsure of where we go from here.  This fight is as epic as when we saw Batman broken by Bane.  I know that Ram V plays the long game, so the positive here is that this particular issue will catapult things to a new level in the Catwoman saga. 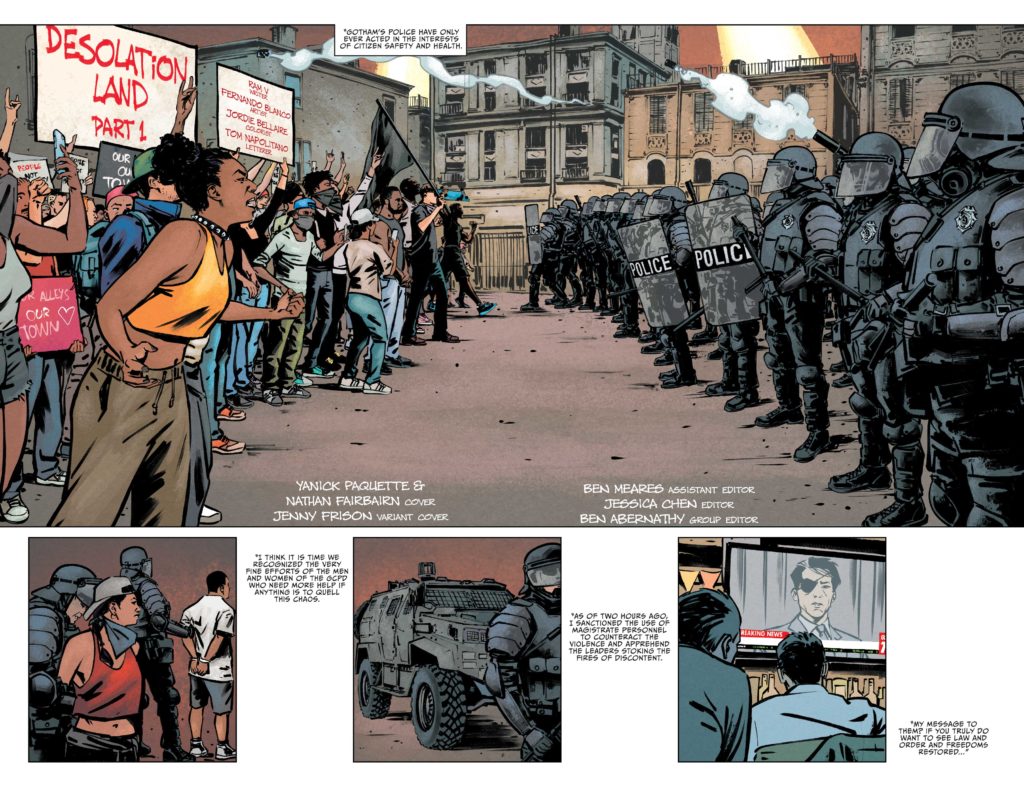 In my last review, I made the statement that “Ram V is too smart to let Batman swoop in and save Selina.”  Sigh… maybe I was expecting too much, because after all, Bruce loves Selina and I should have picked up on some foreshadowing.  It’s not the save you expect…or is it? 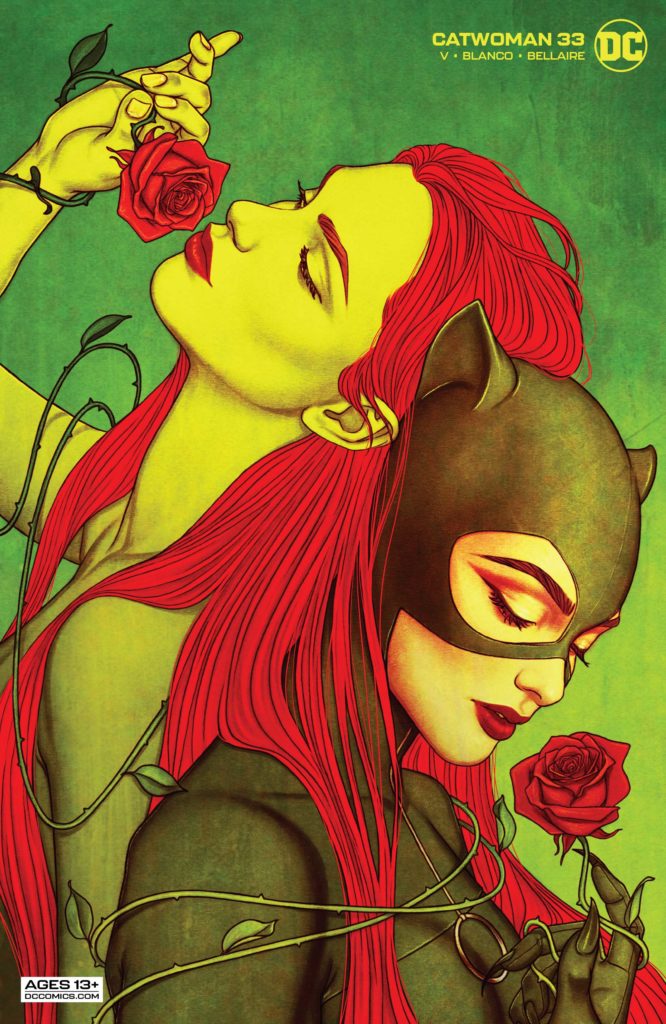 Father Valley is everything you would expect and more.  He is shaping up to be iconic, and Selina is obviously going to be an irritant to him for years to come IF she can get out of this.  And truly…with DC killing off Alfred, and making iconic moves left and right…Selina dying at the hands of Valley would truly set Bruce to madness.  You listening, Ram V?

Review: Superman & Lois 1×11 – “A Brief Reminiscence In Between Cataclysmic Events”