Djimon Hounsou Returns For Shazam: Fury of the Gods, And Possibly Black Adam

The hit DC film from 2019, Shazam, is getting a sequel in 2023 titled Shazam: Fury of the Gods, and it’s been revealed that a certain someone will be returning. That someone is Djimon Hounsou, who played The Wizard Shazam in the first film. A set photo has surfaced of Hounsou, complete with dreads, a long beard, and what looks like an old man sweater.

However, if you remember, when Billy is chosen, The Wizard transfers the power of Shazam to him, and then turns to dust. So, has he returned, or is this something else?  I believe he never actually was gone, but instead needed Billy to learn to be the hero he knew he could be all on his own. He’s probably been living some sort of normal life, while keeping an eye on Billy and the Shazamily.

But why is he resurfacing in Shazam: Fury of the Gods? Only time will tell. 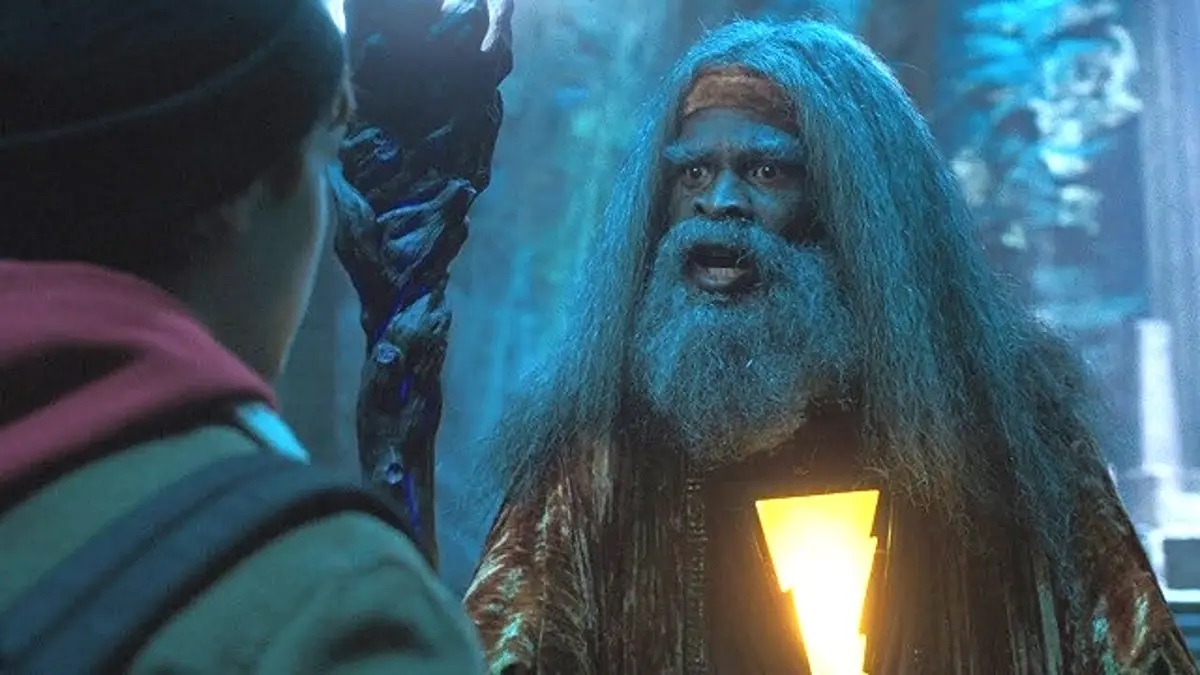 Djimon Hounsou as The Wizard Shazam in 2019’s ‘Shazam’

However, that’s not the end of this story. Another report has come out claiming The Wizard will also be appearing in the upcoming movie, Black Adam. Now, this does make a lot of sense, as fans deserve to see the true origin of this character, but this news hadn’t come out yet, for whatever reason.

The report comes from a site called thestreamr.com, so take it with a grain of salt. They claim to have a source close to the project who has revealed this information, saying that Hounsou has filmed all of his scenes, which would track, if true, seeing as filming for Black Adam just recently wrapped.

That a wrap on BLACK ADAM⚡️
Incredible journey.
Hardest undertaking of my entire career physically & mentally.
Worth every second.
Boundless gratitude to my 1,000+ crew members, actors and director, Jaume Collet-Serra.
The hierarchy of power in DC Universe is changing.
BA⚡️ https://t.co/adjLrimOYS

It seems like a safe bet to assume that Hounsou is in Black Adam, but why that was never revealed by the studio, I have no clue. It makes the most sense to have him back to give Teth Adam his powers, transforming him into the champion Black Adam, played by Dwayne “The Rock” Johnson. It would also serve as a defined connection point between Black Adam and the Shazam films.