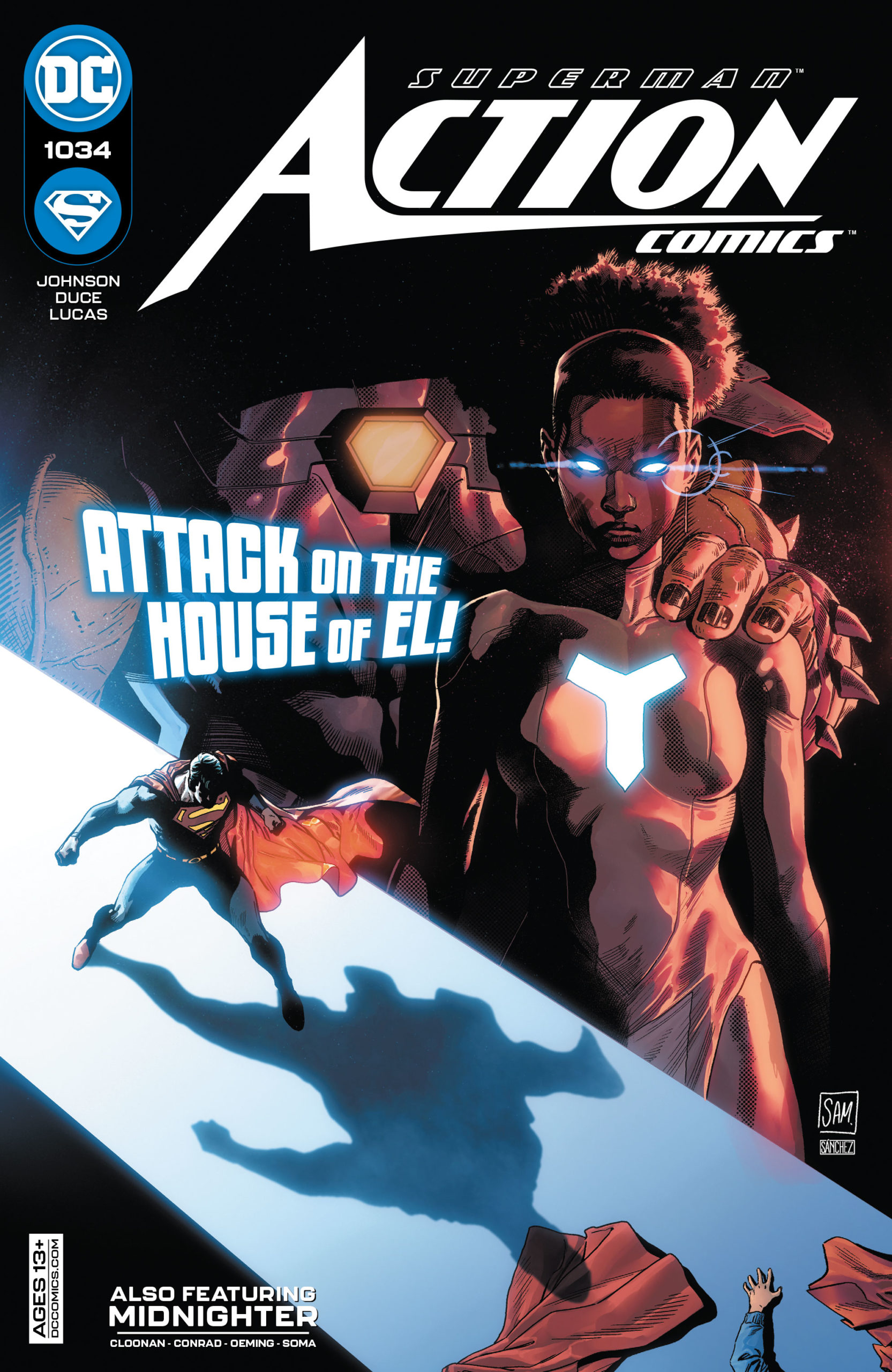 Superman makes a daring and unexpected play in the standoff between the Americans and Atlanteans and Midnighter and Mister Miracle pull together for a final stand against…?

It’s not often one word can sum up an issue, especially considering there are two distinct features in Action Comics #1034, and yet “intensity” seems to describe both the Superman and Midnighter stories.  Phillip Kennedy Johnson has been developing an interesting storyline with the Warworld refugees and their ancient Kryptonian heritage.  In this issue, however, Superman makes a bold move that suggests some even larger consequences.  These are consequences that haven’t really been explored in a long time.  A couple of seminal tales come to mind, the much derided film, Superman IV: The Quest for Peace, and the classic comic book story, “Must There Be A Superman” from Superman #247 (1972). 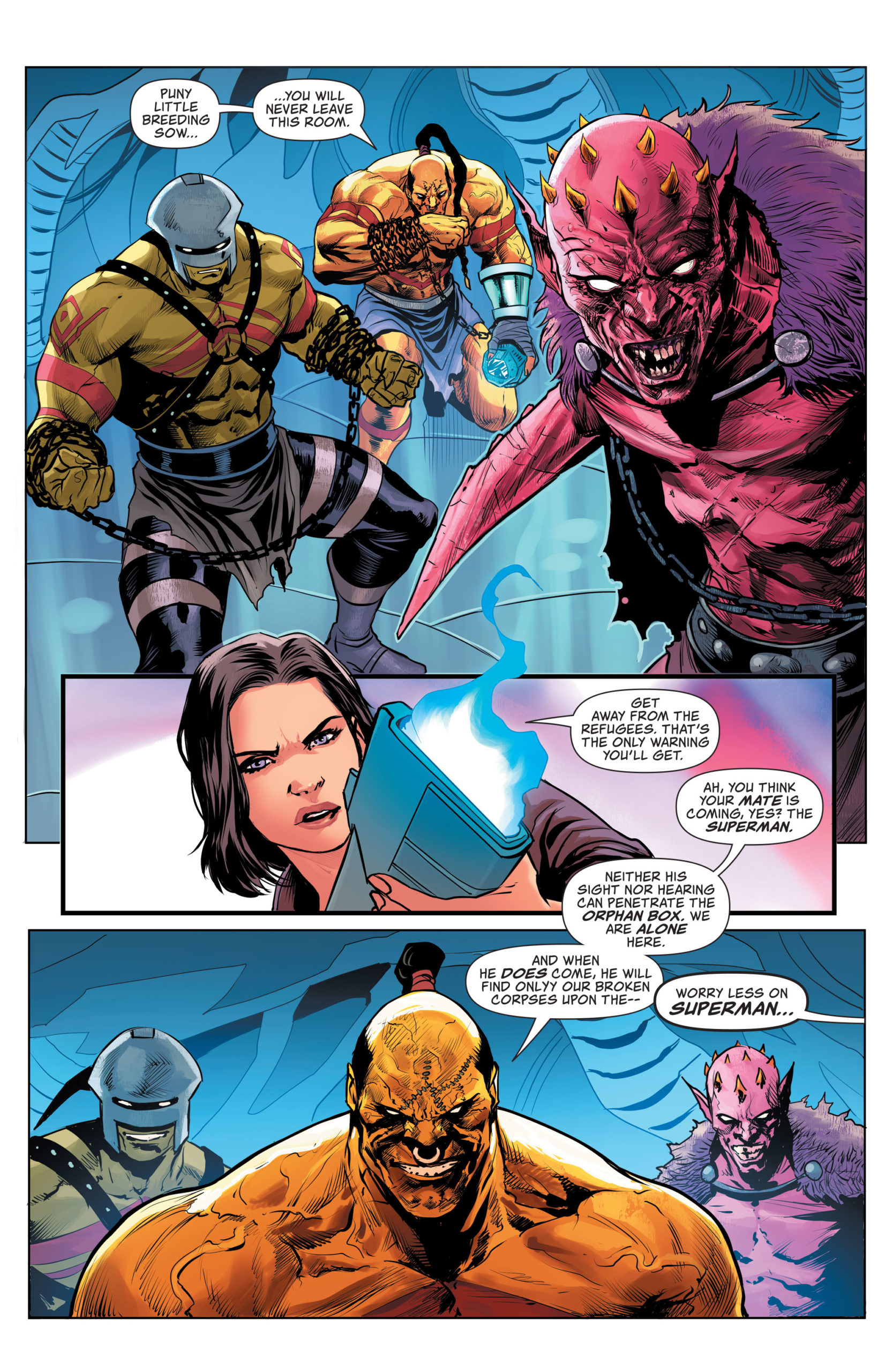 In Action Comics #1034 as American Naval vessels are in a standoff with Atlantean warships, Superman makes a decision worthy of the wisdom of Solomon.  Unable to broker an agreement between the two or get one to back down, he simply removes the object of conflict.  In doing this he stops the immediate conflict, but in doing so he perhaps creates a larger issue.  Superman essentially steps in and becomes a third party in the conflict instead of a peacemaker.  This is the same question that is raised in the aforementioned stories.  In Superman IV: The Quest for Peace, Superman removes all of the United States and Soviet Union’s nuclear arms.  On the surface it seems like a good idea, but he just extends the Cold War to include himself as a third side. 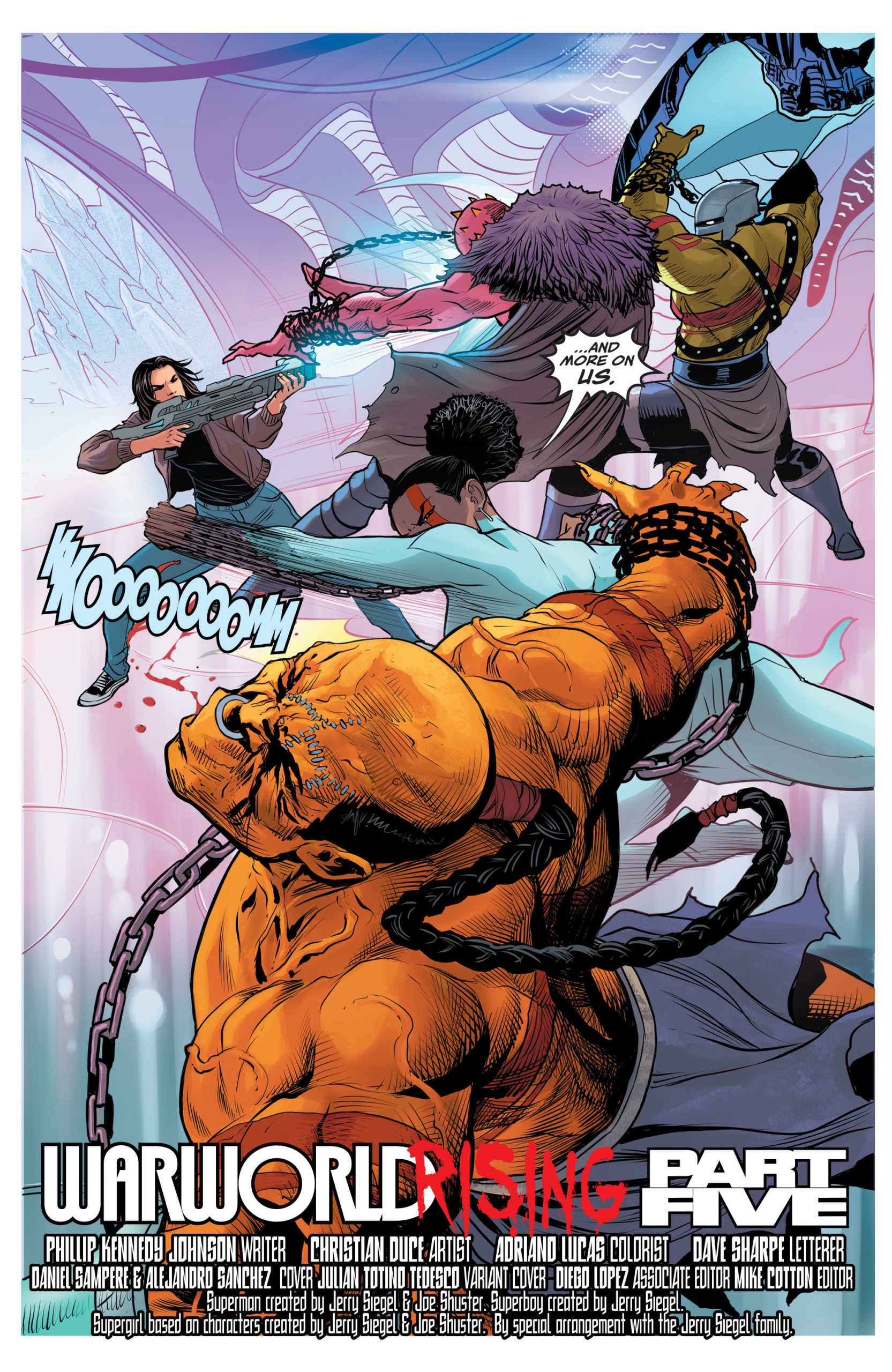 “Must There Be A Superman” seems to address the underlying questions that these stories present.  What is Superman’s role in world politics and global issues?  Can the world rely on Superman to solve them?  Or, as the story presents, can Superman lead people and countries to an answer.  In that story Superman says,

” Let’s get something straight! Sure– I rebuilt your homes, but that’s because an earthquake is something you can’t handle– Something you can’t safeguard yourselves against– But you must not count on a Superman to patch up your lives every time you have a crisis– or disaster– Young Manuel here– has the right idea! When the rest of you backed down to Harley, Manuel refused to knuckle under… You don’t need a Superman! What you really need is a super-will to be guardians of your own destiny! “

Writer Elliot S! Maggin understood this aspect of the character, Superman can’t solve all the world’s problems and Superman himself also knows this.  In Action Comics #1034, it certainly seems like Superman isn’t sure of this in the moment.  Kara (Supergirl) warns him of his actions, but Superman seems confident it’s the only way to cease the hostilities between the American Navy and Atlanteans. 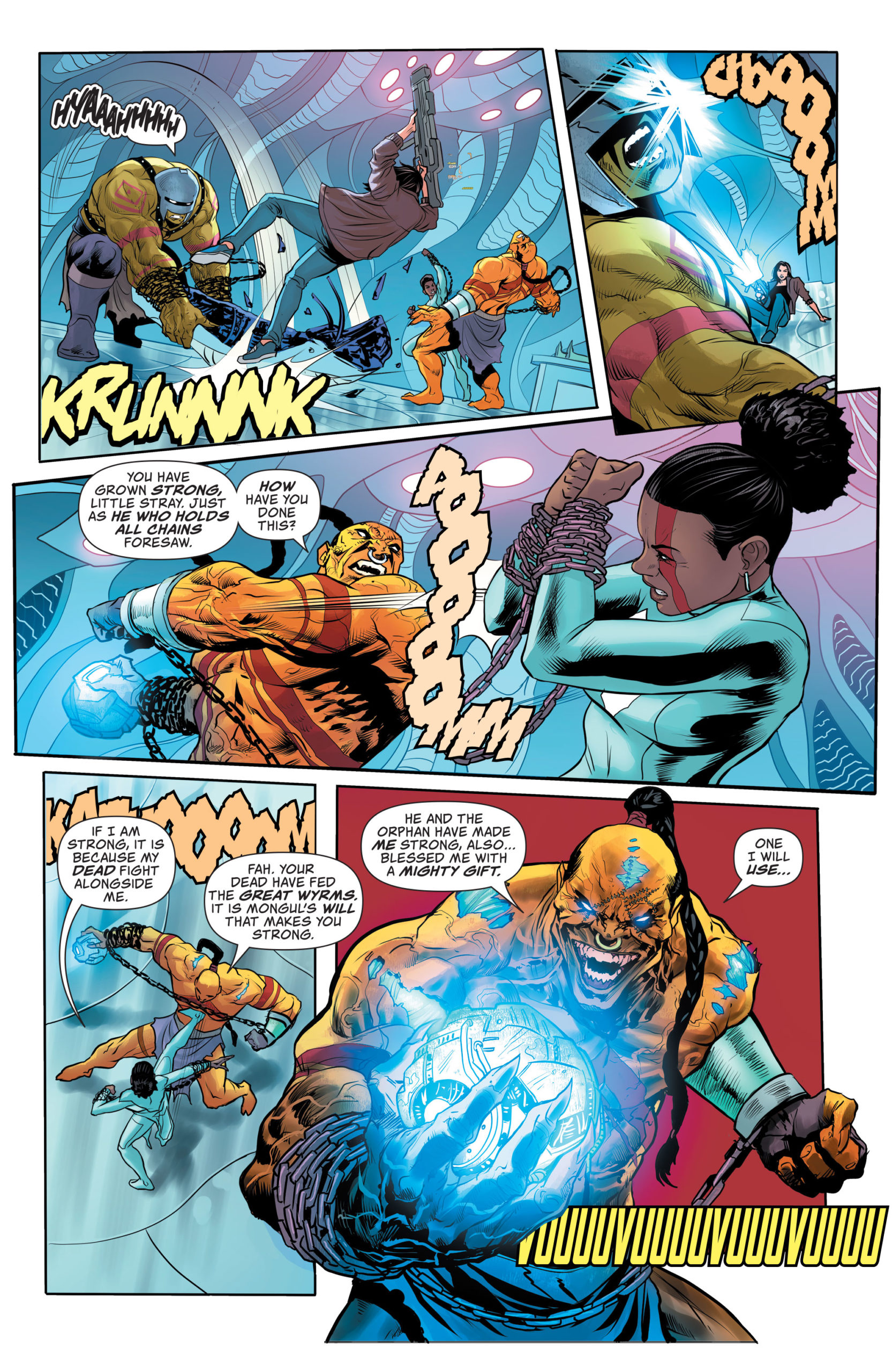 This is one of the big concept ideas that’s hung around Superman for years.  It’s not explored often because it can be so problematic.  Brian Michael Bendis attempted to address this rather ham-fistedly in his run when he had Superman appear to speak for Earth as its representative to the newly formed United Planets.  The storyline didn’t go anywhere really.  Here’s to hoping Johnson makes a deeper and more substantial exploration of the theme.

The intensity ramps up in the Midnighter second feature as well.  Mister Miracle comes to realize that even though he doesn’t approve of Midnighter’s methods, he can understand why he’s doing what he’s doing and is grateful that Midnighter has saved his life.  It’s an effective example of “war making strange bedfellows” (no not like that!)….  One of the most effective moments comes when Midnighter vows to get out of the loop this time.  You really believe him, too.  You can feel his passion and determination rising.  Again, great character work that draws the reader in even if you’ve never been a Midnighter fan (me) you will be with this storyline (me).  That last panel is quite a surprise, no spoilers, but, WHOA!  Something big has bee teased surreptitiously, and this is it!  Quite a finale to come- see you in the Midnighter 2021 Annual!

It’s a fairly subtle thing, but it has to be said that Michael Avon Oeming’s art and Taki Soma’s colors on this Midnighter feature have done an excellent job of suggesting Jack Kirby’s work and his Fourth World concepts in particular.  It’s in no way a rip off or swipe, but a great homage to one of THE greats, The King!  It brings a sense of comfort and familiarity and at the same time suggests connections that build a particular feel in the story that comes from the visuals. 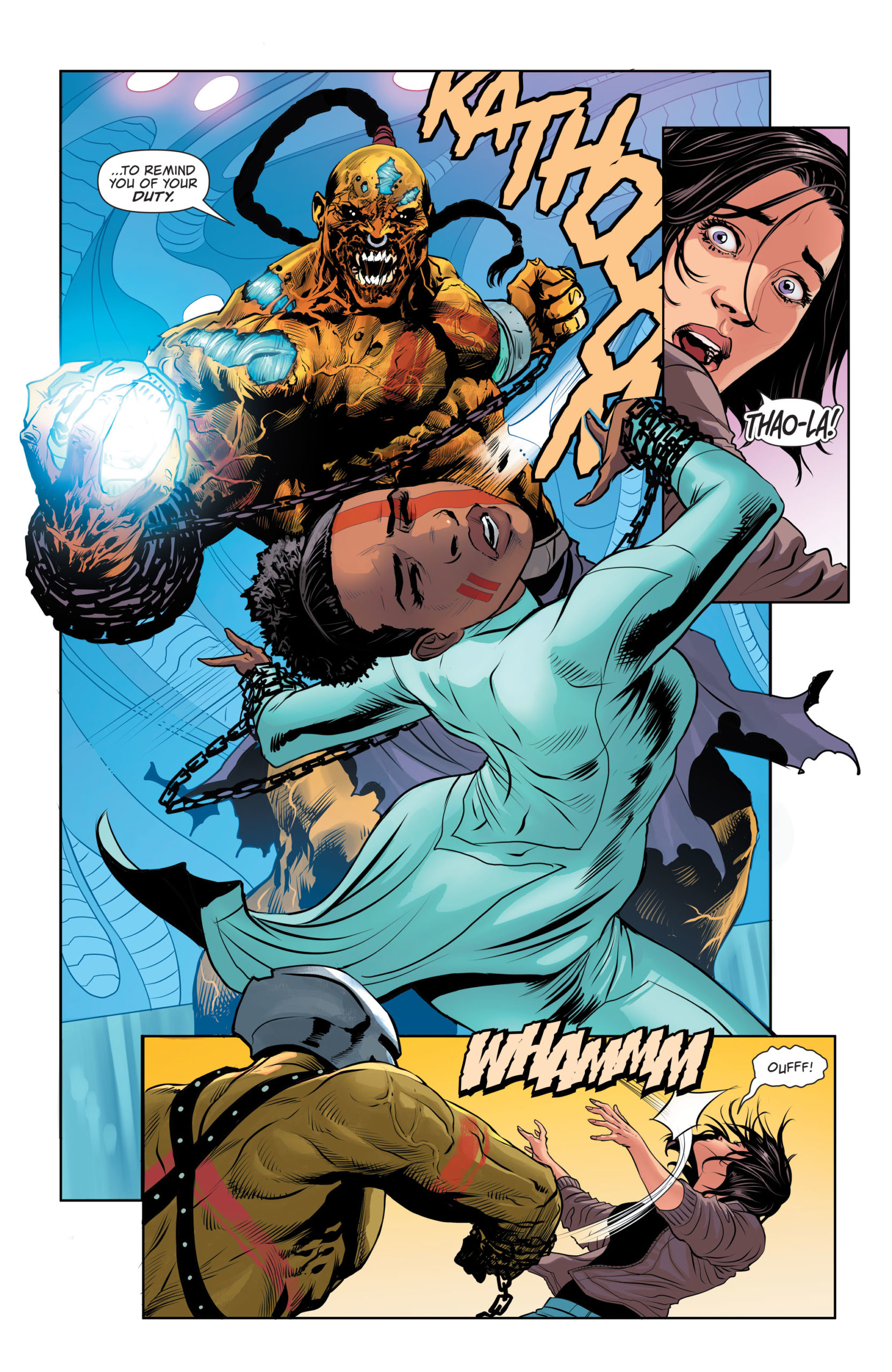 Yeah, some comics have negatives, that true…

The build up of intensity in the two stories in Action Comics #1034 promises to spill over…soon!  Superman’s bold move suggests so much more than discussed above.  This feels like a truly important moment in the life of the Man of Steel and his relationship with the people of Earth and his friends in the Justice League (Aquaman was not happy at all!)  It’s a great theme that should be exciting to see explored.  Midnighter’s got his hands full as well as this second feature proves to be just as interesting as the Superman lead.