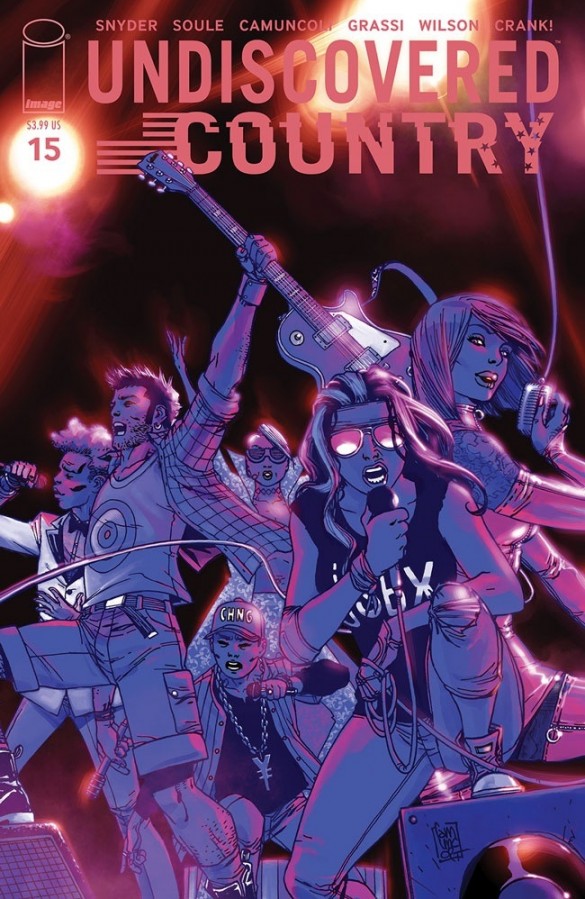 “”We’re from the stories…the old ones.  The deep lore!” – Annie Oakley

The journey through the transformed United States continues as our group of explorers ventures into the third Zone –  Possibility, a region built on the endlessly evolving landscape of American creativity, from folklore to virtual reality.

As our team sails deeper into the chain of “possibility” islands, they discover a devastating secret! 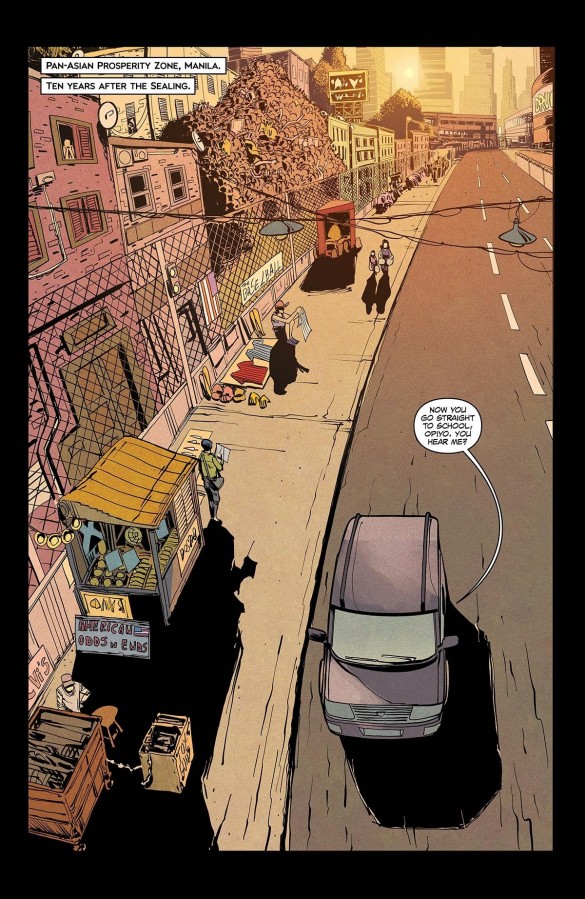 One name…”CrossRoads Devil”… finally, we get a villain that Scott Snyder always inserts into his stories…Court of Owls…The Batman Who Laughs…Blacktop Bill…and now CrossRoads Devil.

Arguably we have moved away from the solving of the virus that was upon everyone in the first and second issues and this has become a book focused on the team surviving.  I have come to admire Soules and Snyder in their crafting of the story, and at times have lamented that the story is “jumping the shark” a bit.  But the introduction of the CrossRoads Devil and the influence he has on those associated with older Lore…Paul Bunyan…Annie Oakley…Brer Rabbit (like we have never seen him before) and George Washington to name a few…this is some scary stuff.

We now see what Soules and Snyder are leading us to in terms of the pure evil that shut down the United States.  CrossRoads Devil seems to be along the lines of every Stephen King devil type character.  It is evident that these two love those Randal Flagg type villains that King uses as a personification of the devil.

But who cares….this book is back on track with a tangible villain and not some sort of digital wire vampire at work. 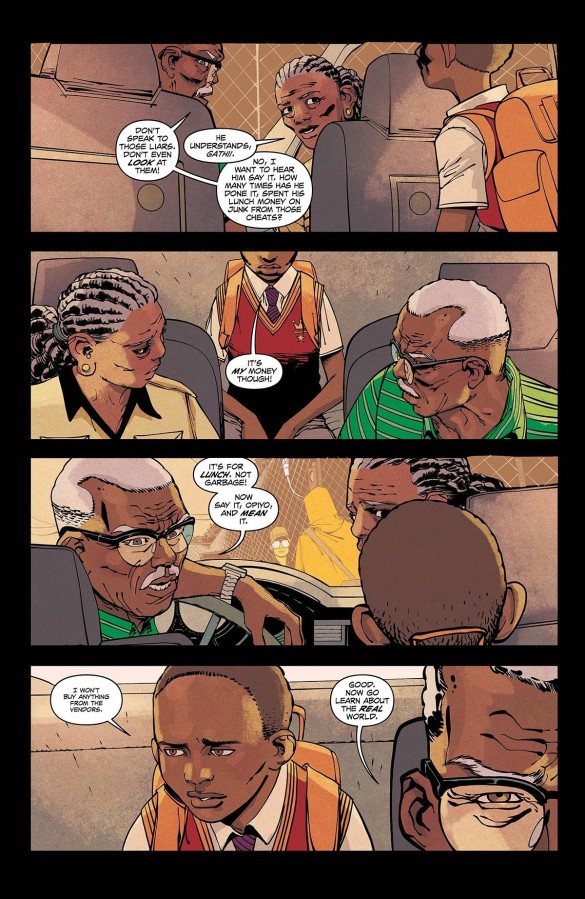 The art by Giuseppe Camuncoli and Marcello Grassi is fantastic. They switch gears perfectly from past landscapes to current “undiscovered” parts of this new country that has been under wraps.

With Matt Wilson’s mostly white palette and Crank!’s lettering, this creative team is working hard to go across the entire US landscape to arrive at ….. well, I think a cure for the Sky virus.  But again, it’s been a minute.  Maybe it is now about survival, but one thing is for sure.

When a character is introduced by this art team, it makes a lasting impression.  Snyder and Soules  have created a new villain and this art team has painted their script with some impressive art! 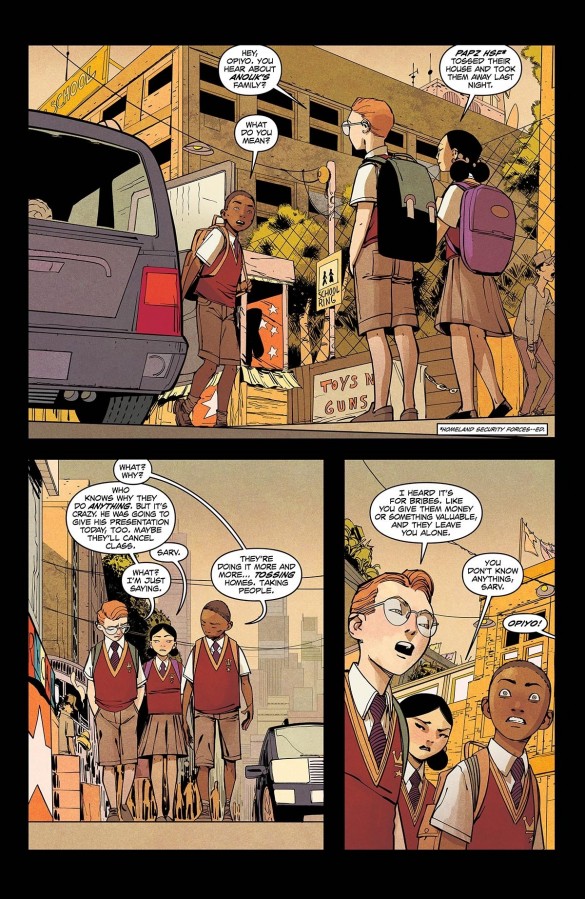 This story started strong…very cinematic.  In fact, in the back of the book, Snyder even gives us a glimpse that the book has been submitted to Hollywood as a screen play.  Will it be a movie?  If so, it needs to wrap up in two hours as this series can play out like a mini-series on Netflix, given there are 13 territories we need to cross and we are just in three.  That’s a lot of popcorn and soda to go through in a setting.

I was scared that we had jumped the shark.  Turns out we did a somersault midair over the shark and apparently returned back to the story making sense.  Creating music…the cover…not for this reader.  However, introducing a playing card from George Washington’s deck and giving me a new villain in CrossRoad Devil.  Awesome!

Again, UC is back on track and this issue was a make or break for me in the schedule.  Fortunately, we turned a corner.  Now if the story telling can amp up again…especially with this cliff hanger ending, I think we can get back to 5/5 ratings again!