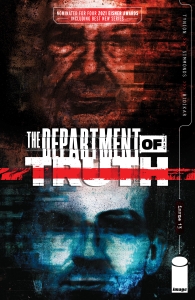 The Department of Truth #13: Thirty years ago, Cole Turner dreamed up a Star-Faced Man who ate children in the basement of his preschool. Today, Cole is going to make sure that nightmare can never haunt another kid. The second arc of the smash-hit The Department of Truth ends here with a revelation that turns the series upside down!

Last issue, Hawk Harrison told Cole that he was taking him home. Now, in The Department of Truth #13, we learn that Hawk wasn’t referring to Cole’s hometown of Milwaukee, but to a specific place there – the nursery school that Cole first encountered the Star-Faced Man.

We have known about this formative event in Cole’s life from the first issue, but this story adds to our knowledge of what actually happened. One thing Cole tells us is that the school was found to have no secret door or basement as he remembered. But Hawk takes him through that door and down to that basement.

Hawk is one of my favorite characters in this story. Each issue seems to add deeper complexity to the character. We have found that he’s not a loyal adherent to the Department’s ideals. In fact, he’s been acting as a double agent for Black Hat. But this issue, we learn that he’s not really aligned with Black Hat either.

Hawk presents Cole with Black Hat’s offer: for Cole to kill the captive Star-Face Man in exchange for Cole joining them. Otherwise, if Cole refuses, Hawk is to give him over to the tulpa instead. But Hawk instead arranges for Cole to be rescued by the Department, defying Black Hat’s plans for him. 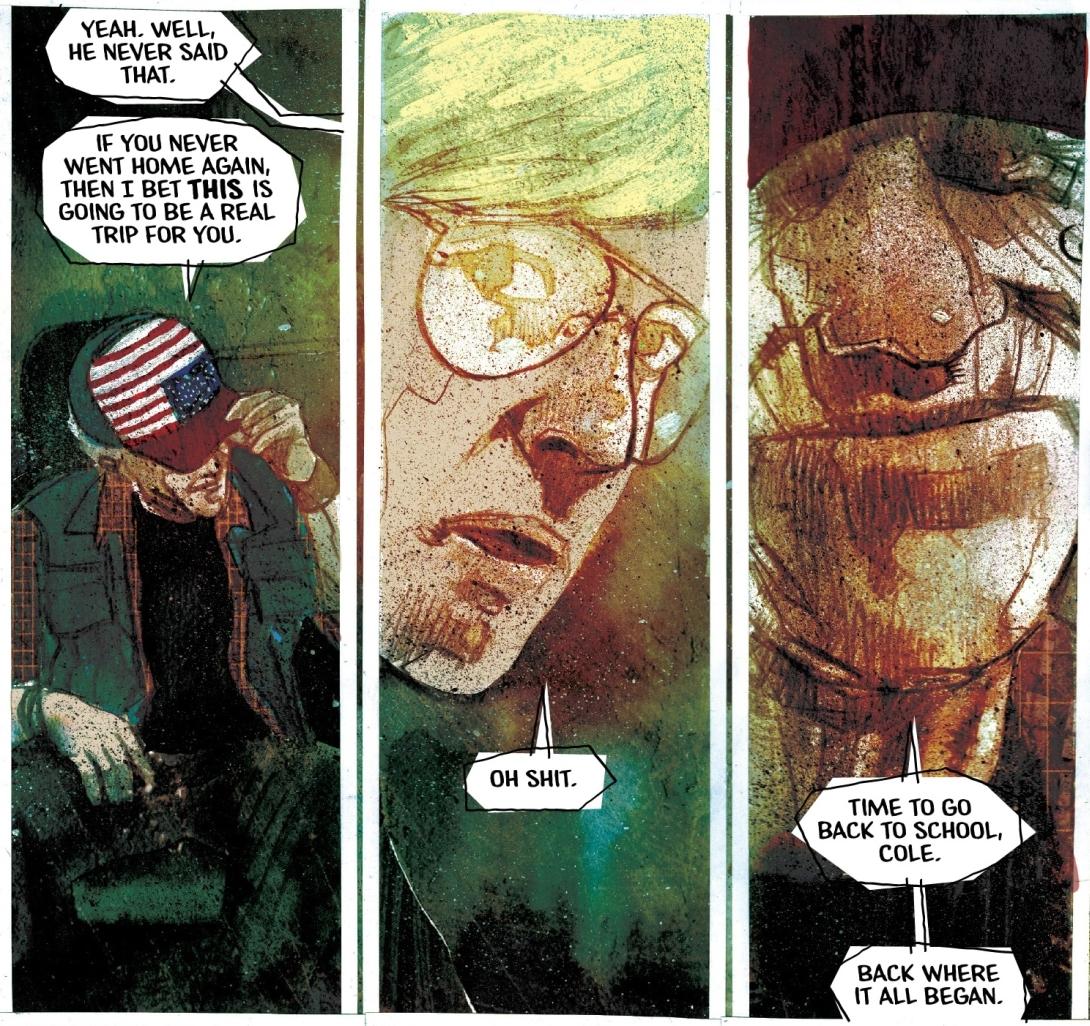 But Hawk leaves Cole with some intriguing revelations. First, he relates that there are two Lee Harvey Oswalds: one secreted away by the Department of Truth and the one killed by Jack Ruby. He states, “One of them was the man who had been an agent with our department since the late ’50s. And the other was the shadowy idea of an assassin that was spreading in the press. I think the department save the wrong Lee”. In short, he believes that a tulpa is controlling the Department of Truth. And tulpas are dangerous, wrong things.

But Hawk believes that the leader of Black Hat is something worse. He doesn’t go into detail but he asserts that “monstrous” doesn’t even come close to what Black Hat has planned for the United States.

But Hawk also states his belief that Cole can fix this because he was chosen by her, a.k.a. the Woman in Red or Babalon. This mysterious woman has been hovering around the edges of Tynion’s story since the start, and we’ve learned very little about her. At first, I guessed that she was associated with Black Hat, and possibly the story’s villain. But Hawk’s statement turns that perception around. Tynion has been making it hard to determine who the good guys are in his story – the Department or Black Hat. But perhaps neither is.

It seems that Babalon is the key to the story, and it looks like we might finally start to learn what her story is. I’m dying to see where Tynion is taking the story now that Hawk has imparted this knowledge to Cole.

Martin Simmonds continues to do a fantastic job with the art. He is the perfect artist for this title. His style conveys that reality in the Department’s world is uncertain and changeable. And his art and colors perfectly draw the mood of the story.

This kind of story may be unsuitable for readers that just want a bit of simple entertainment. But it’s perfect for readers that like a complex story that makes you think about what you’re reading. I fall in the latter group, but I understand that Tynion’s story isn’t for everyone. 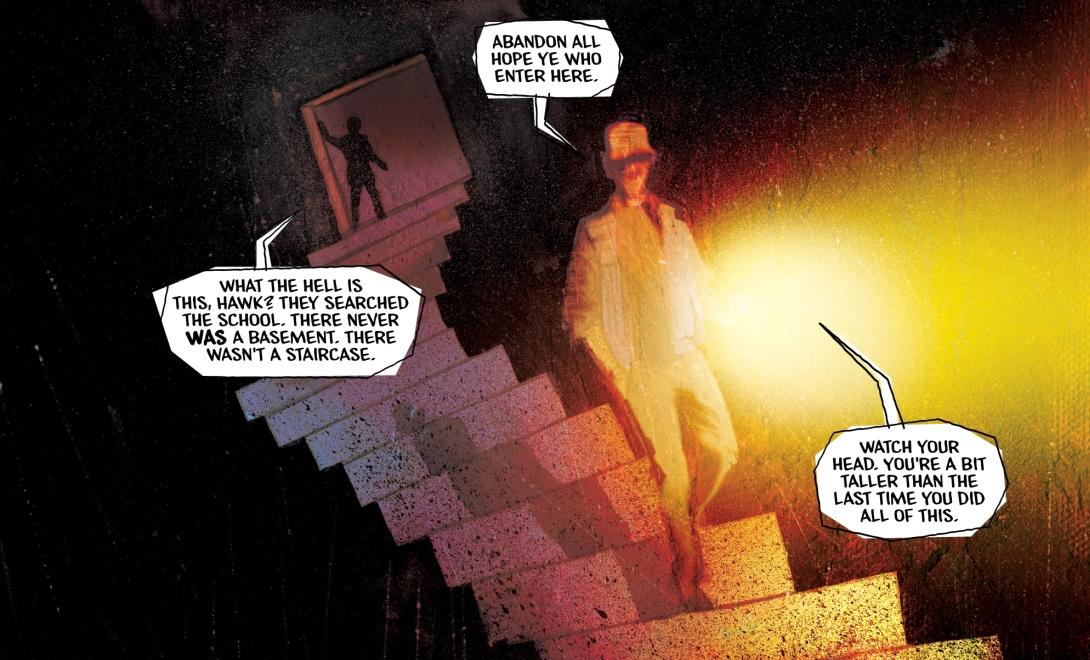 The Department of Truth #13 is another great issue that reveals a bit more of Tynion’s story and raises more fascinating questions. The concept sounds like it would just be a riff on Twin Peaks or The X-Files, there is some serious philosophical depth to this title.