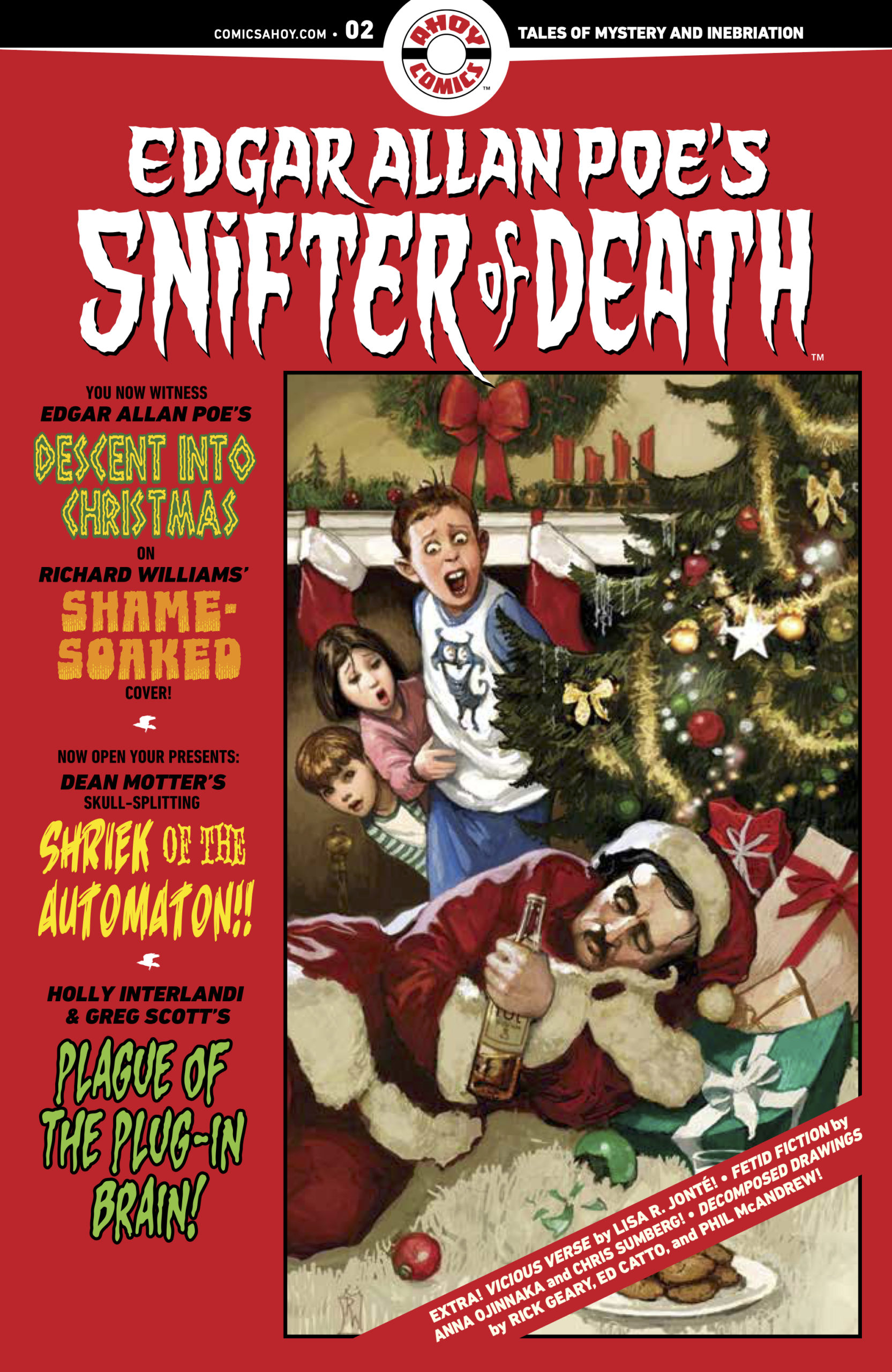 Edgar Allan Poe’s Snifter of Death #2 takes a more subtle approach to the humor than last month’s premiere issue.  It may tickly your funny bone, but perhaps not as outrageously as issue #1.  “Chess Player” gives us an interesting premise and plays on Poe’s reputation as a detective story writer.  The set up as solid as you really believe Poe is on the wrong track.  However, the twist at the end is not only ironic, but funny.  You may not laugh out loud, but you will definitely say, “that’s clever.” 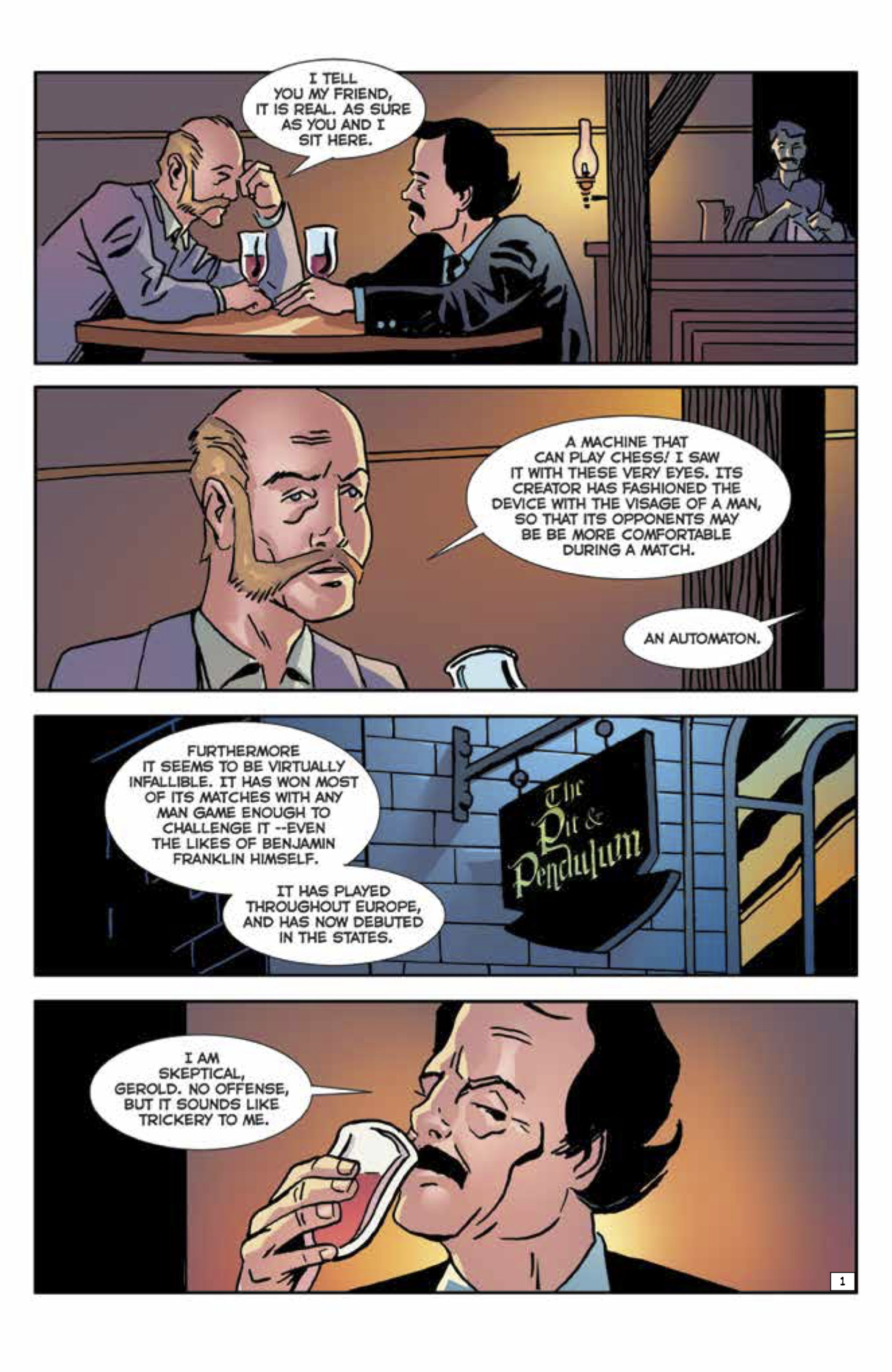 “Angle of the Odd” is interesting in that it is the story of someone writing a parody of a Poe story.  Interestingly, as the protagonist tells us, it’s one of Poe’s more ridiculous tales.  Is this the process the writer went through in order to come up with an idea?  It’s a wild ride that ends in two humorous surprises. 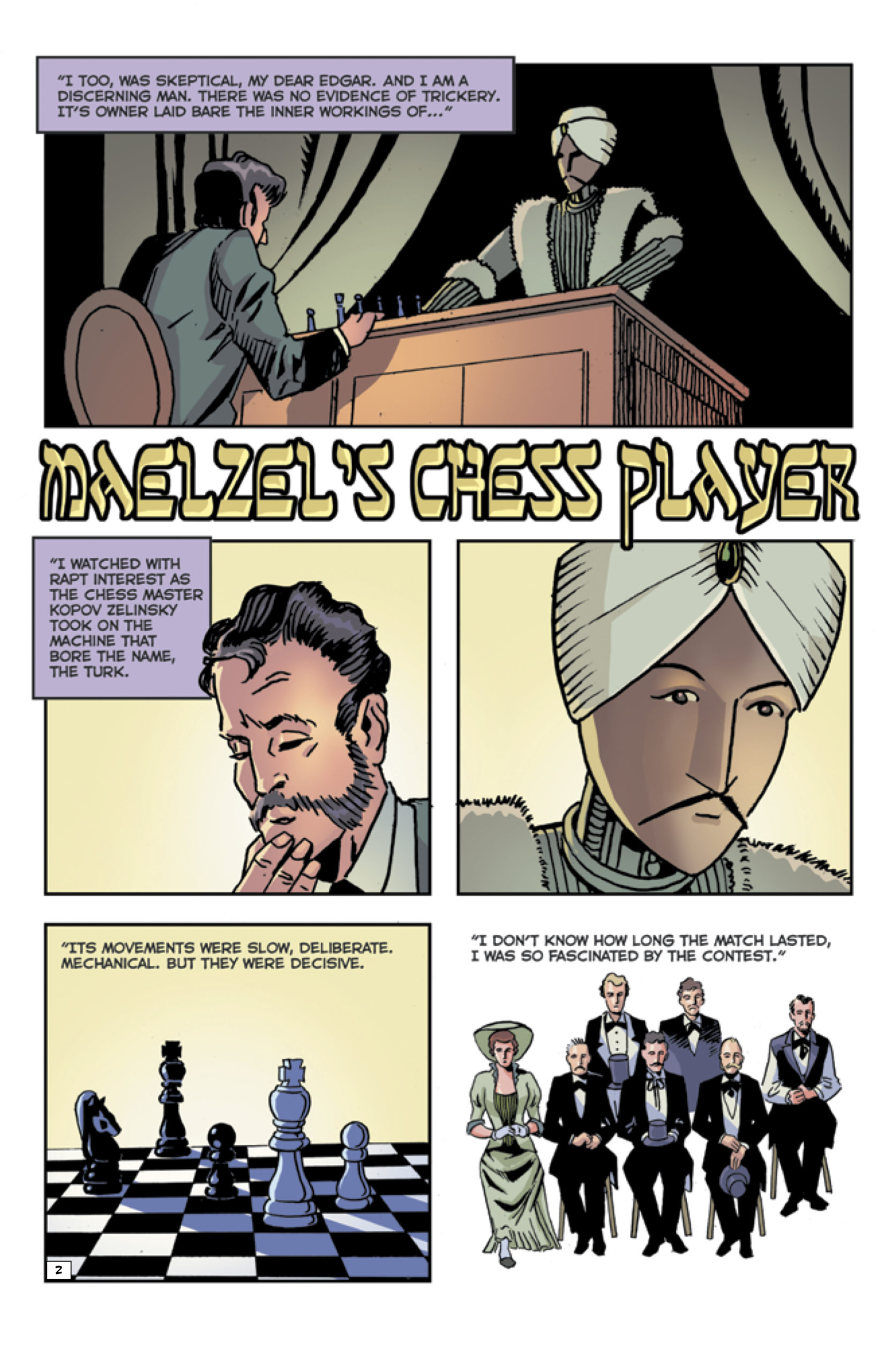 “Much Ado About Note So Much” and “Dinner Date,” two of the text stories in this issue are probably the most satisfying of the five stories in this issue.  They both provide curious endings, and the poetry in the former by Lisa R. Jonte is impressive.  Don’t skip these as they provide a significant part of the issue.

“Angle of the Odd” is not one of Poe’s tales that is instantly familiar.  A little quick research reveals the nature of the original story and the parody in this issue becomes clearer with this knowledge.  This happens sometimes with this title, so make sure you do your research.  This contrasts with the antecedent of “Chess Player” which works better even if one has no previous knowledge of the actual facts. 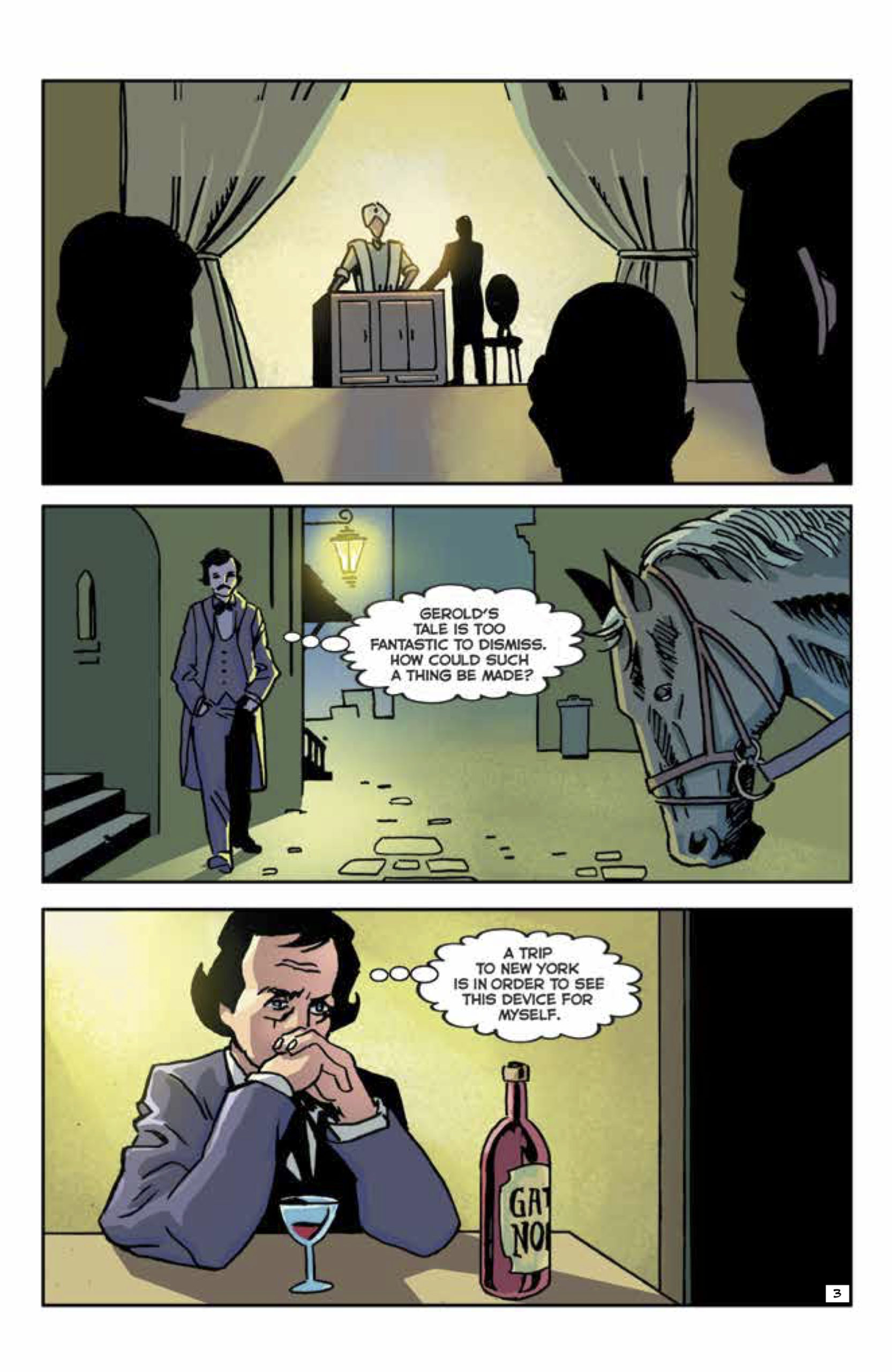 If last issue was over-the-top, laugh-out-loud, Edgar Allan Poe’s Snifter of Death #2 is a more understated humor experience, though there are some wild moments in “Angle of the Odd.”  Overall, it’s an entertaining read with Richard Williams cover producing another endearingly horrifying holiday image.  One can only imagine what’s to come for future issues around Valentine’s Day and Easter!