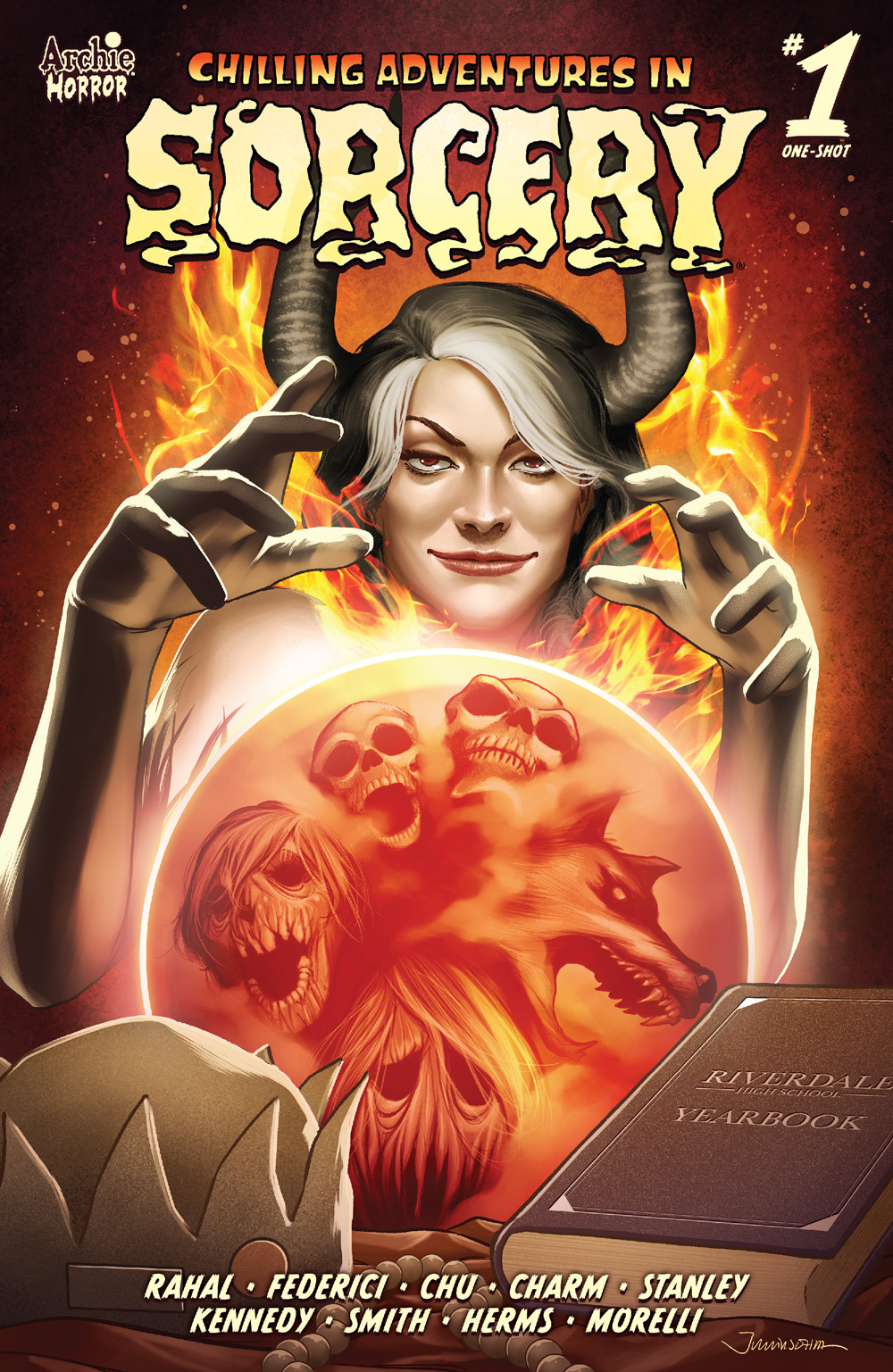 Archie Comics embarks on a horror anthology with a trio of tales that pits the denizens of Riverdale and Greendale against the forces of darkness (with a little humor for good measure!).

With Archie Comics horror successes Afterlife with Archie and Chilling Adventures of Sabrina, it’s no surprise that the company would produce an anthology comic in the genre.  The classic Archie characters have proven to be quite malleable, also appearing in the Twin Peaks inspired Riverdale TV show whilst still appearing monthly in classic form in the digest sized comics and occasional standard floppies.  Chilling Adventures in Sorcery #1 is a One-Shot standard sized comic book and while the title may make contemporary readers think of the similarly titled Sabrina series, the title was originally used in the ’70’s under Archie’s Red Circle Comics imprint for a horror anthology overseen by the legendary Gray Morrow (who produced most of the stories as well!).  This gives the book a little sense of history, and the stories lend themselves to a bit of nostalgia, as well. 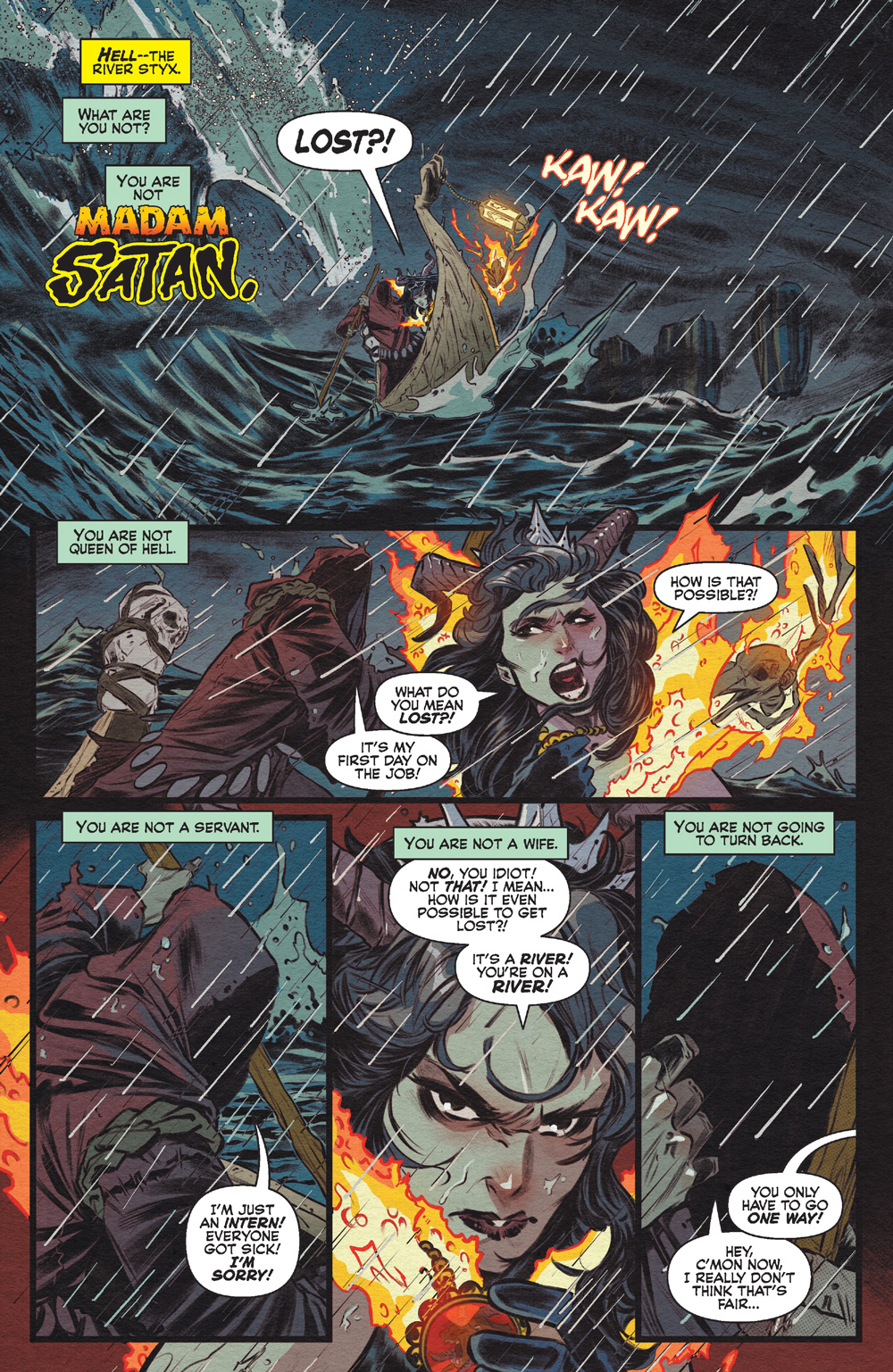 The callbacks don’t end there- the issue is framed by a Madam Satan tale that recalls the Crypt Keeper and the Old Witch from EC Comics horror titles of the 1950’s.  Instead of simply being the host, she actually has a story of her own that weaves in and out of the other tales.   This demonstrates that there’s a lot more of her story to be told and I don’t think it’s out of bounds to suggest a Madam Satan ongoing solo title to explore more of her backstory.  In this issue we get glimpses that allude to an interesting past.  Last year’s One-Shot was not enough! 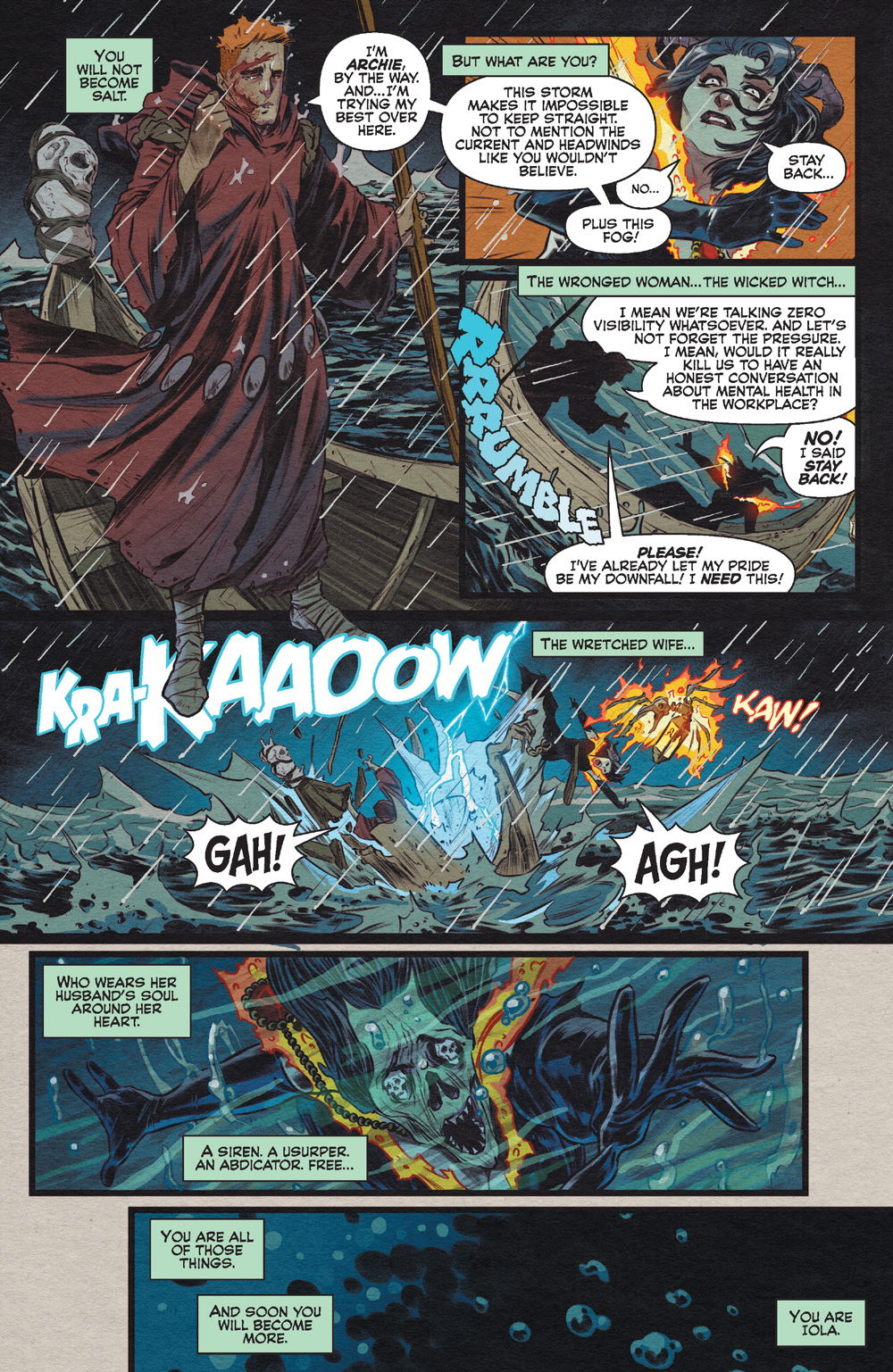 Besides appearing in the Chilling Adventures of Sabrina comic and Netflix series, Madam Satan is a Golden Age character from the company’s days as MLJ Comics.  Along the way she meets some familiar lost souls in the mostly recognizable forms of Archie Andrews and Jughead Jones.  Here these familiar characters get a horror makeover.  Both tales have a Twilight Zone feel to them with the Jughead story being an outright homage to Rod Serling’s classic television series. 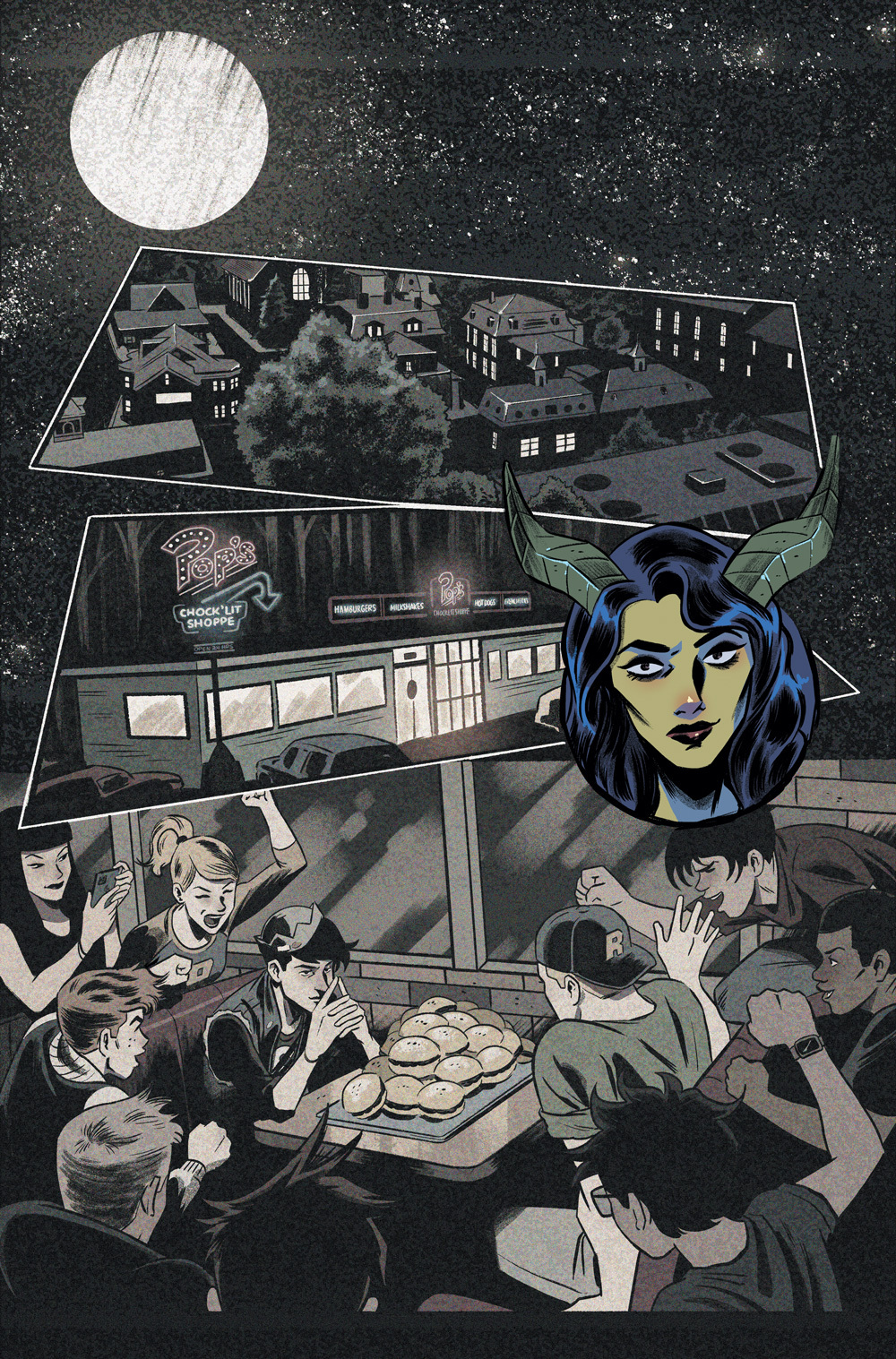 The art styles in Chilling Adventures in Sorcery #1 let the reader know that this is NOT classic Archie tales one might find in an Archie Halloween Special.  Instead they are much more realistic approach with some gruesome aspects, including splattered blood.  Despite this, the Archie characters will still be familiar in characterization even if they are in situations that wouldn’t normally fit.  It’s a fun approach with the fun and clever being emphasized over the horror, though there’s no doubt that they are clearly set in the horror genre.  This includes a little bit of humor as seen in Pat and Tim Kennedy’s gag strip that closes out the issue.  And, of course, Jughead suffers an ironic fate in his story that is both shocking, horrifying and humorous all at the same time.  The stories don’t dwell on the horror elements for long, however Madam Satan might give the young nightmares. 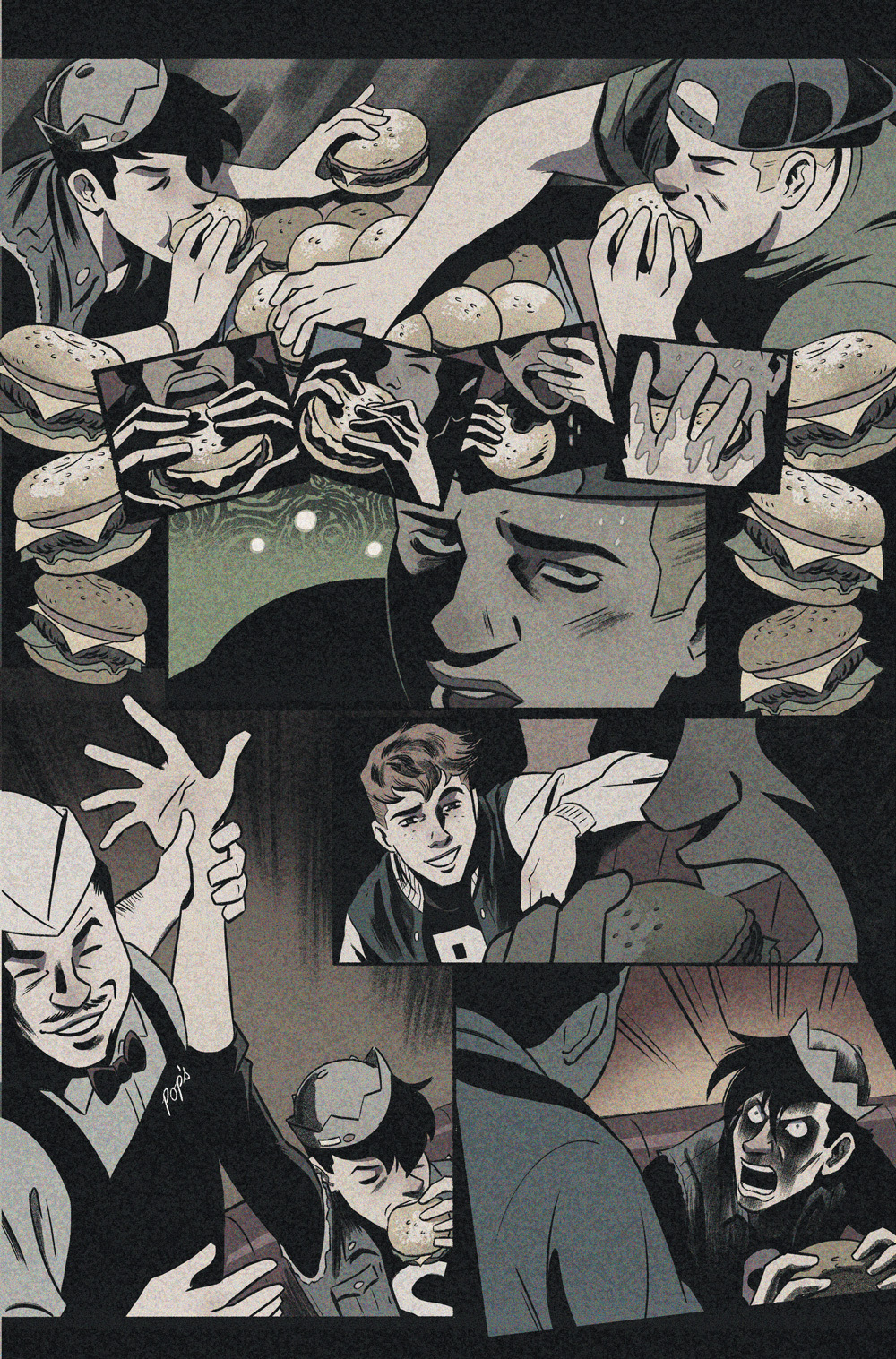 If there’s a negative for this comic, it’s simply that Archie Comics has the vision and talent to produce a straight horror anthology that wouldn’t rely on the familiar Archie characters.  There’s nothing wrong with what we get in this comic, but there is a feeling that Archie can go further.  Chilling Adventures of Sabrina is itself rooted much deeper in the horror genre and there’s no reason that mood and tone couldn’t spill over into a title more akin to Gray Morrow’s take on Chilling Adventures in Sorcery in the ’70’s. 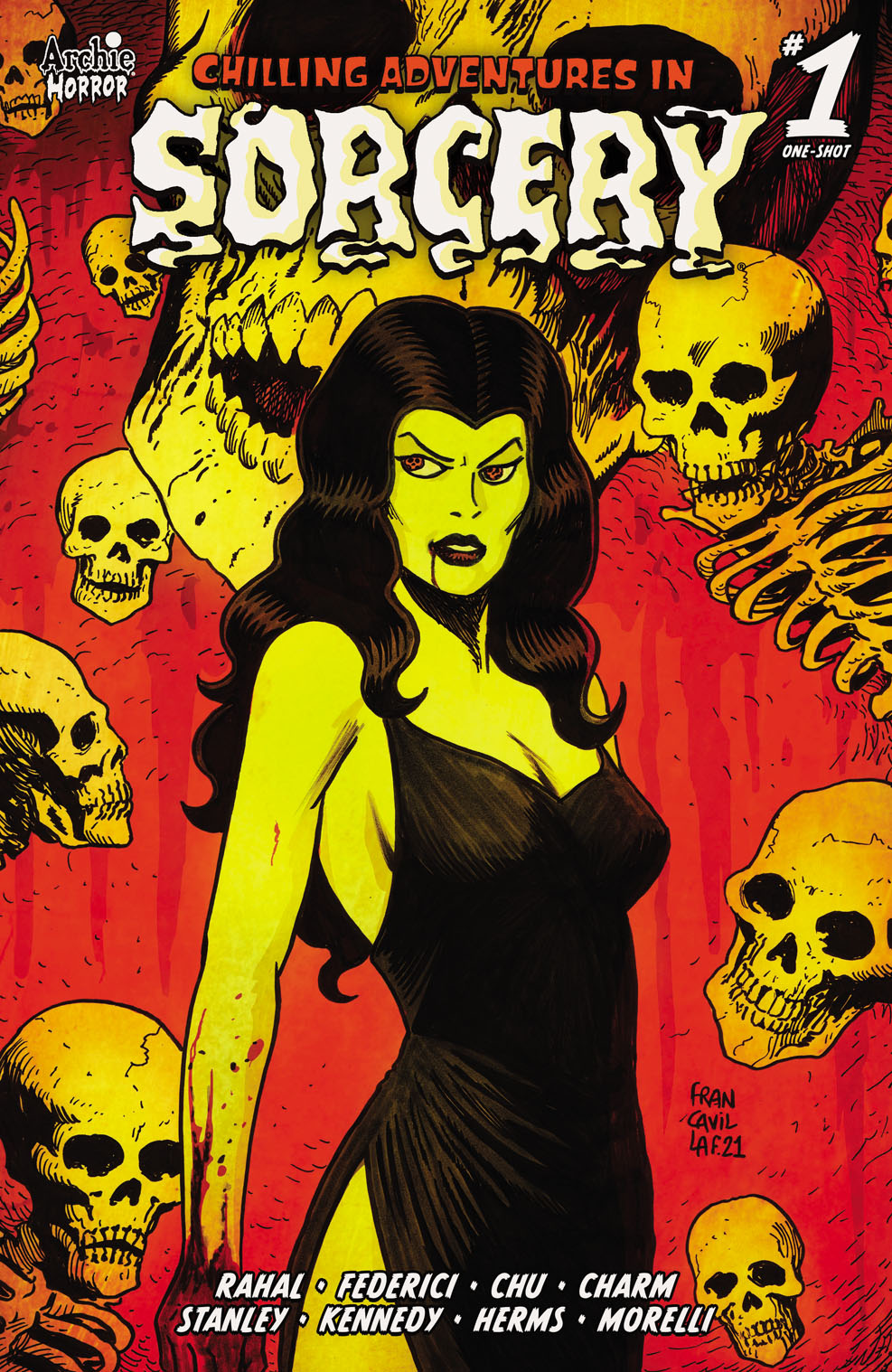 Chilling Adventures in Sorcery #1 straddles the line between horror and the Archie characters.  While the book maintains the horror theme it never loses sight of the fun.  If you’re a fan of the characters it’s an enjoyable issue.  If you’re looking for the darker horror elements this will be lighter and not quite as chilling as its sound alike title featuring Sabrina.  All in all it’s a solid issue that demonstrates the potential of Archie Comics in the genre.