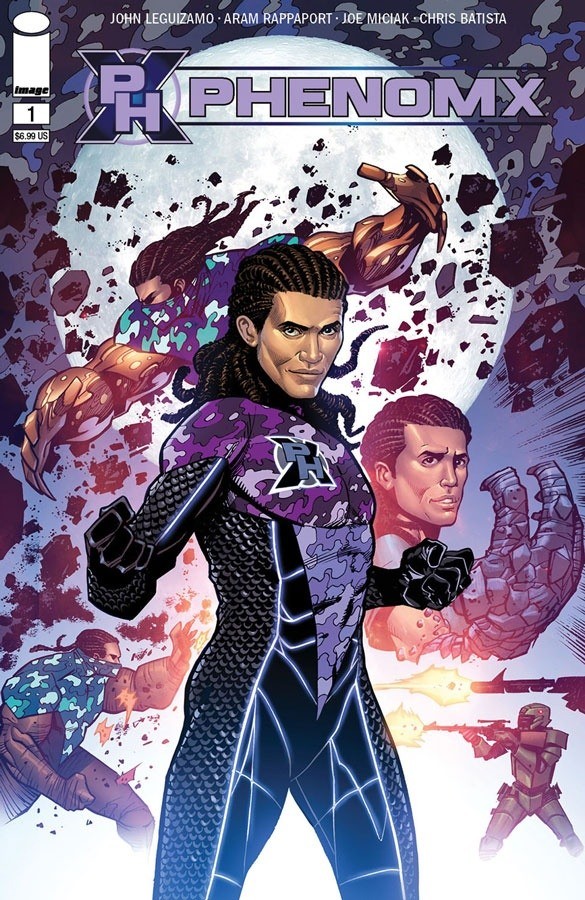 “Vypraxatol…we thought it was a failure, but recently, we’ve found we were simply missing one key ingredient.” – Agent Potter

Phenom X #1-  Wrongfully imprisoned and desperate to regain his freedom, Max Gomez agrees to become a subject in an underground government experiment.
When the trial gives him phenomenal shape-shifting abilities, Gomez learns his new “freedom” requires surviving a superpowered war fought on the streets of NYC.
John Leguizamo, Aram Rappaport, and  Joe Miciak provide a focus on the streets of NYC and a mixture of ethnic heritages to provide a new hero with different roots and different intentions. 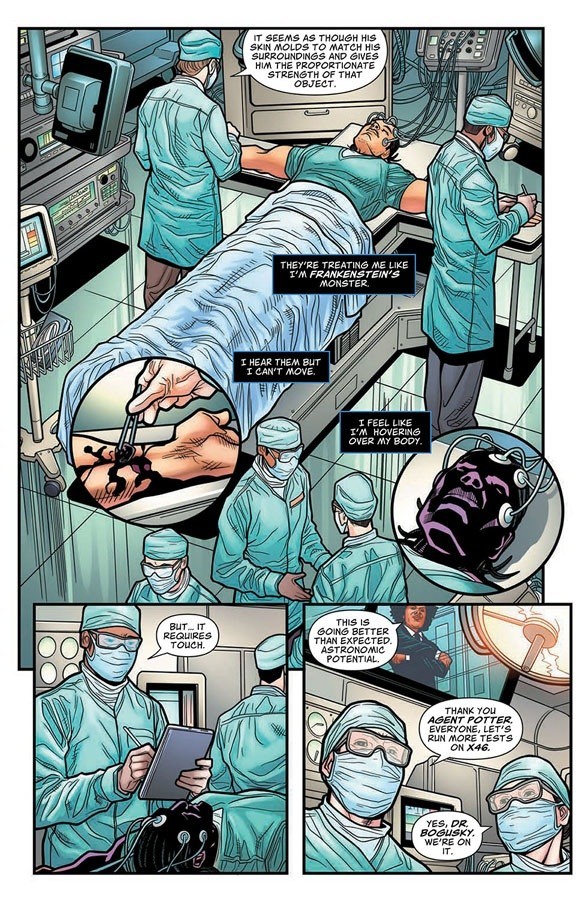 John Leguizamo is at the forefront of this inaugural comic that focuses on NYC, Latino culture, social issues, and of course the culprit in all superhero transformations… radiation.  Leguizamo and his team of writers and artists have teamed with Image and Todd McFarlane to produce Leguizamo’s vision of heroism.

The protagonist Max Gomez (looking very conspicuously like John Leguizamo himself) is dealing with being wrongfully accused of a crime he did not commit.  In the vein of government agency conspiracies and secret medical research on prisoners (see every Suicide Squad comic ever), Max is pulled into experiments that provide him powers.  Turns out his specific DNA makeup combined with the right amount of radiation and “Vypraxatol” make him and his Latino brothers and sisters the correct hero formula.

Agent Potter (aka Amanda Waller in Suicide Squad) is the one that is pulling the strings on both administrations of the experiments as well as sending these heroes out on missions. 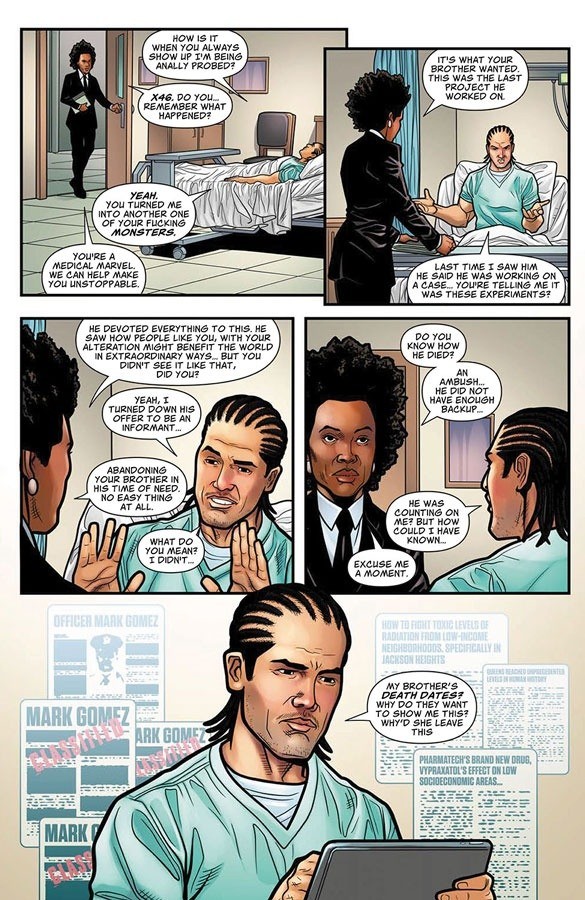 This is not a cash grab comic.  Leguizamo, best known for his one-man productions and arguably Sid the Sloth, The Clown in Spawn, and Mario Brothers is passionate about this project.  He wants the comic to represent his heritage as well as have the handprints of those that experience his heritage on the comic.  NYC…it’s in there.  Police brutality…it’s in there.  Rough language…yeah it’s there.

You have two paths in this comic and both are done really really well! 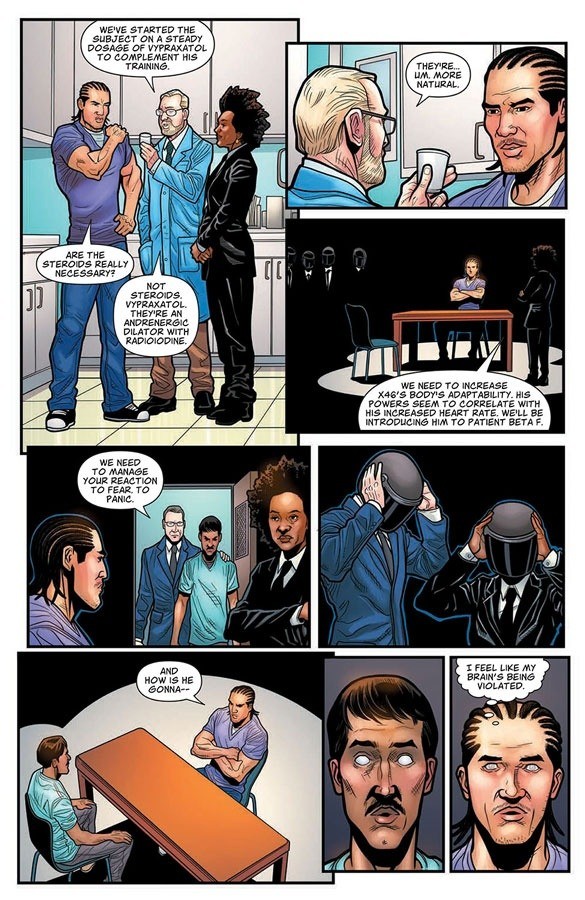 I get  Leguizamo and his team’s mission, but is it sustainable?  New characters are hard-pressed to gain traction. I love the diversity, the social action, and the light it shines on all the injustice that occurs.  Without all of that though, I just hope the storyline gets the traction it deserves so every child can see themselves in the vast array of heroes in comics… especially in this one! 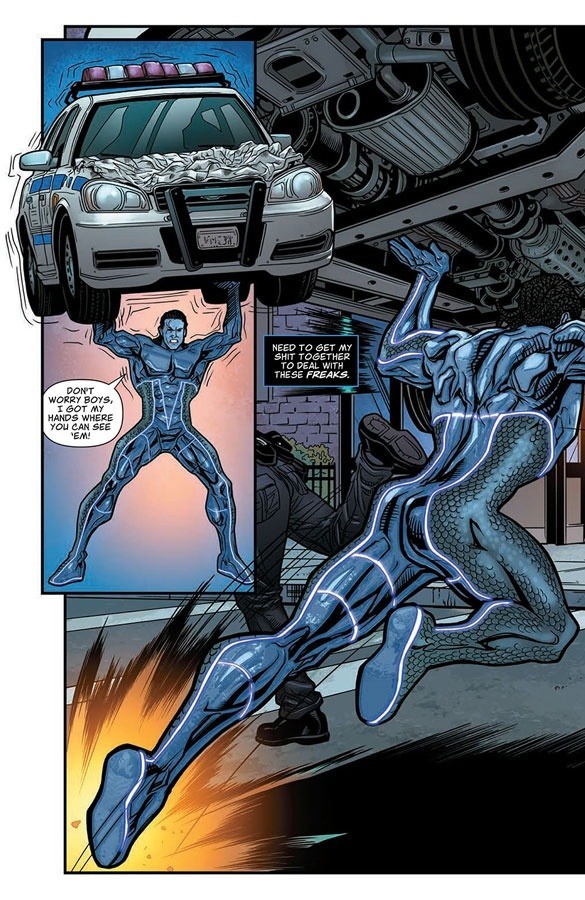 Reminiscent of older comic themes and current Suicide Squad overtones, PhenomX can be viewed with one lens as an amalgamation of ideas from long ago.  However, the social themes prevail giving this top billing for your comic investment dollars.  In this world of celebrated diversity, pick up a copy of PhenomX and follow it through for a few issues.  If the writing continues to develop (which I am sure it will) then you will thank me for getting you in on the ground floor!