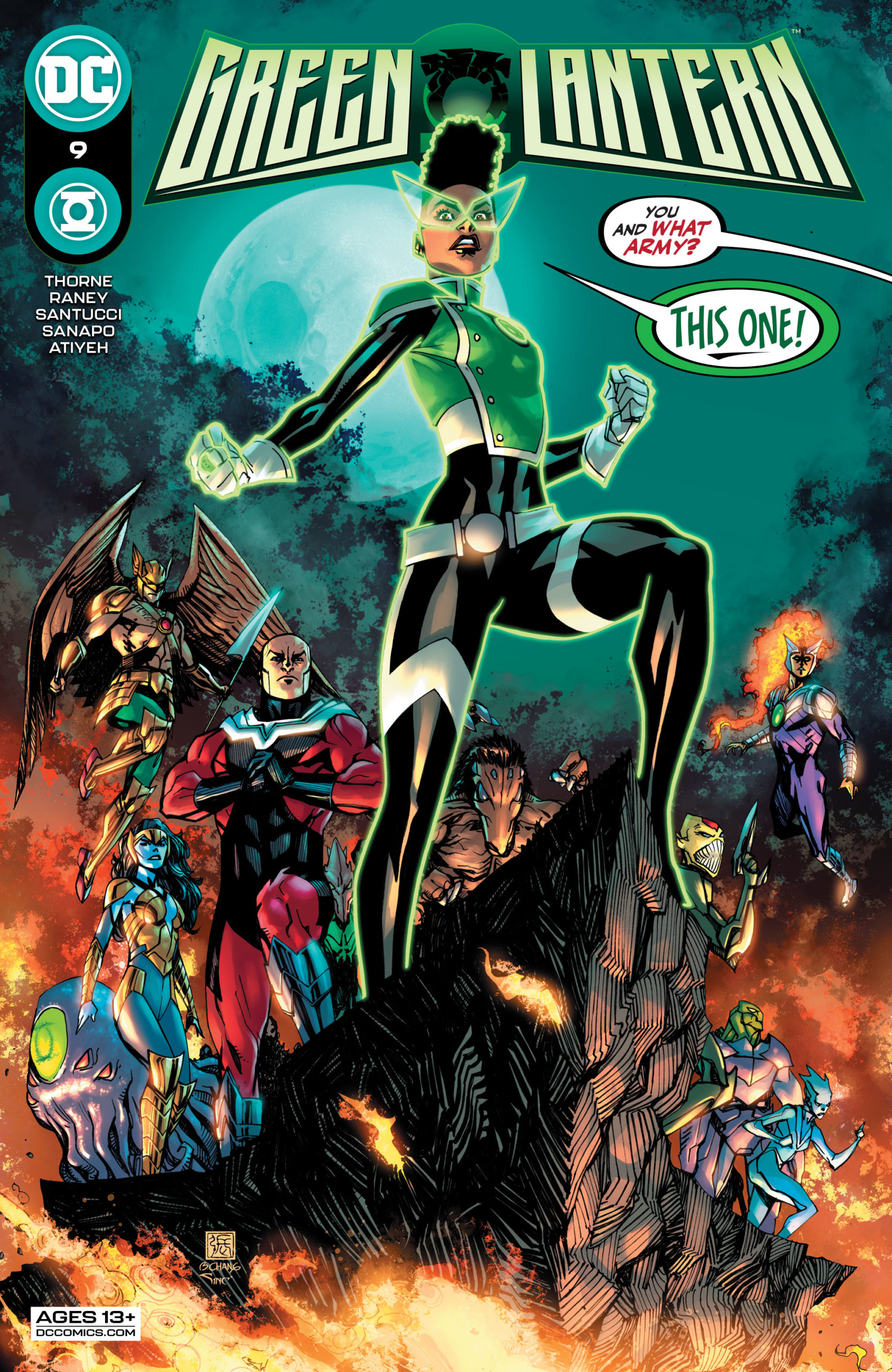 John Stewart learns more about his ‘ascension’ and Jo Mullein figures out what’s going on with Koyos , but maybe just a little bit too late.

For many years the Green Lantern Corps and the Guardians of the Universe operated in the same way.  Even after Hal Jordan pushed back in the early ’70’s forcing the “Hard Travelling Heroes” era of Green Lantern Green Arrow, it wasn’t until the 2000’s that Geoff Johns began to shake things up with the introduction of the Corps for the full light spectrum.  With Green Lantern #9 Geoffery Thorne makes his mark on John Stewart as we see what “ascending” means and how it fits into his career as a Green Lantern. 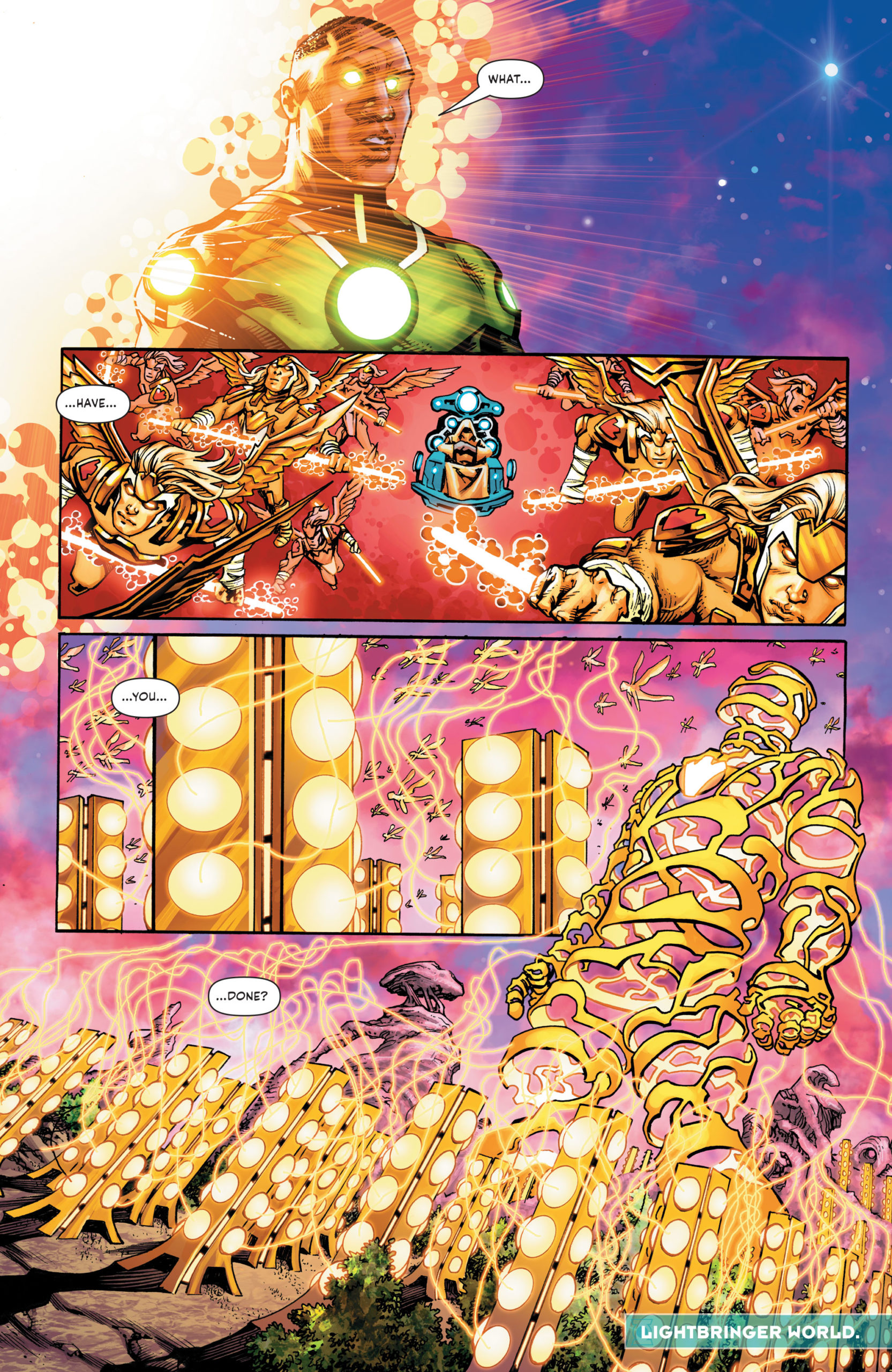 Lonar explains that the Guardians knew all along that John had a special ability with energy, but they just misinterpreted it as part of the emotional spectrum.  Thorne isn’t undoing things, but rather giving a deeper meaning to something.  It’s a good use of existing canon while also introducing something new.  And, while it’s not mentioned, one can’t help but think of the Mosaic series which was such an important storyline for John.  Tom Raney gives us some really dynamic work while also showing some intimate intensity.

We’ve come to expect some great visual from Marc Santucci in the Jo Mullein section of Green Lantern and issue #9 is no exception.  This time he’s aided and abetted by Maria Laura Sanapo and it looks great!  As always, there’s a special realism to Santucci’s faces, but this time we also get a very different landscape, one seemingly based more in fantasy than science fiction.  Michael Atiyeh’s colors in this sequence are particular effective.  They are vibrant and whimsical perfectly fitting the landscape.  This is seen especially in the little fairies which are cute, adorable and seemingly completely out of place in a Green Lantern comic, but that’s why they work so well in this sequence that addresses the role of magic in the Green Lantern mythos. 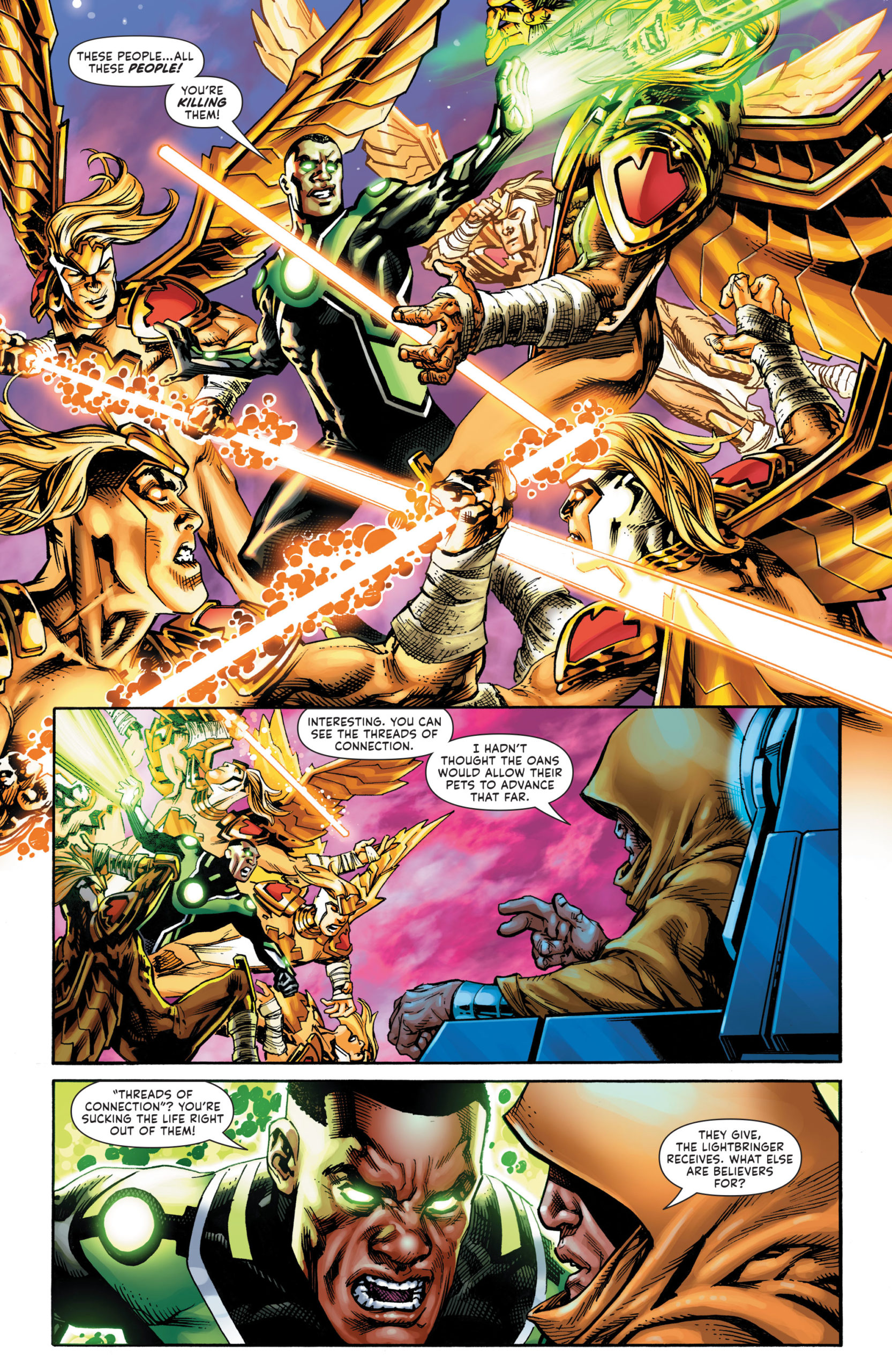 There’s some small things in the visuals this issue that put a smile on my face, as well.  I love seeing people in Adam Strange’s outfit who aren’t Adam Strange.  We can extrapolate that they are Rannian’s who are part of the United Planets’ contingent, but they provide a familiarity for readers.  Additionally, it’s great to see Adam’s classic Silver Age costume.  The opening scene in the second half of the book shows reflections in a glass window- a tough affect to make work well and Santucci, Sanapo and Atiyeh do it perfectly.

Last issue, Jo seemed to have figured out what Koyos had done and in this issue it turns out she was right.  The finale of Green Lantern #9 surprises Jo, however.  The themes again echo the idea of change for the static and stoic Guardians.  There’s a surprise that Jo didn’t seem to think of which is shown in the final panel.  I’m not going to spoil it, but only say it makes use of the established Green Lantern mythos in a satisfying way. 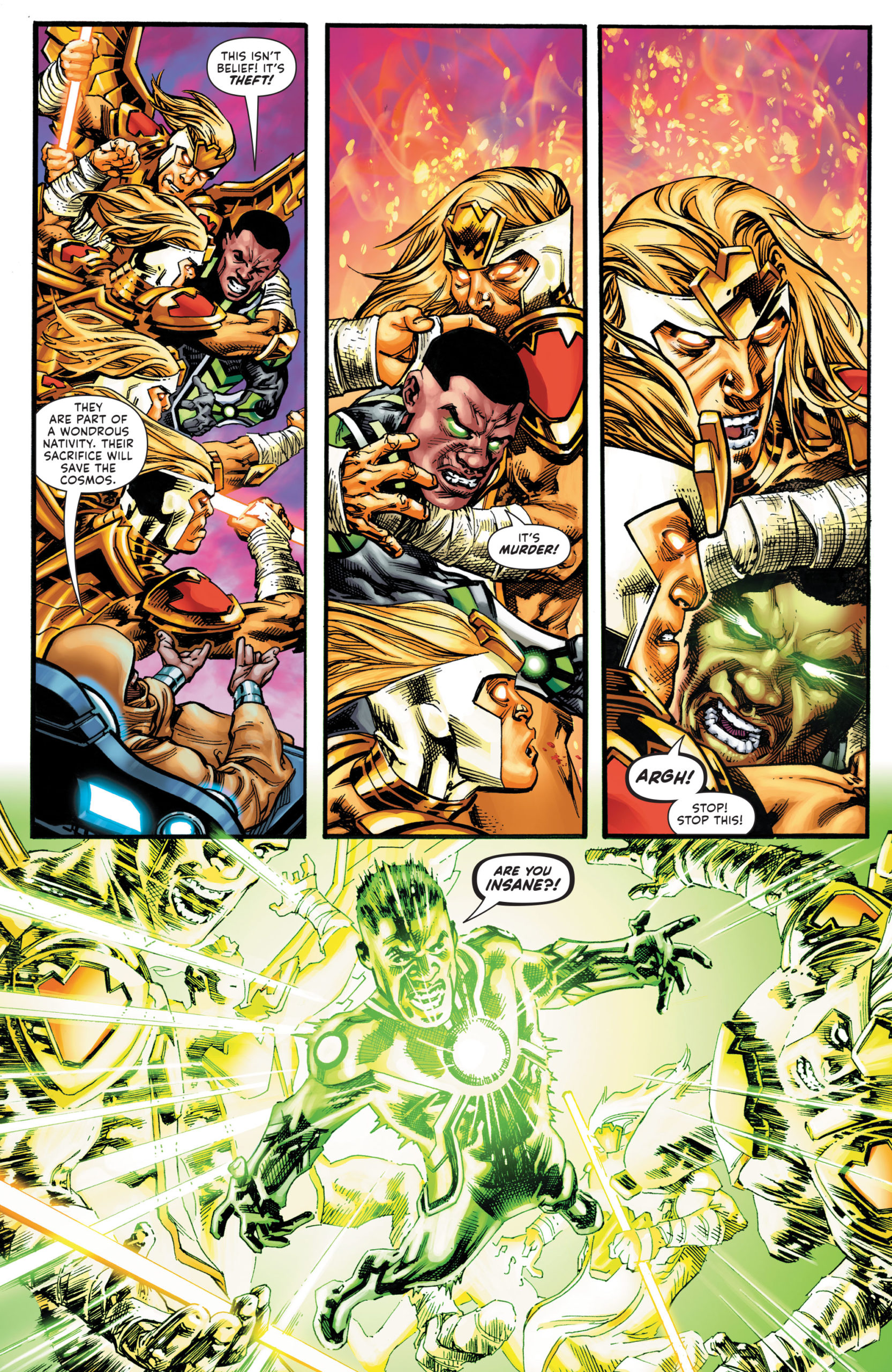 This series has ranged from really good to great and this issue is no exception.  It’s hard to find fault with the exciting art and interesting story concepts.

Both storylines feel like they are barreling towards something fairly quickly now and one can’t help but wonder if there is a finale in coming quickly, and if the two storylines will link up.  It doesn’t necessarily have to because it’s so effective having two separate stories that utilize the characters and concepts in different ways while both feeling like they are part of a greater whole.  It sounds like a cliche, but you really shouldn’t be missing this comic as the creative team is nailing it month in and month out!