In the two years since Season 1, Naomi McDuffie has had significant exposure in the DC Universe across several titles. And, of course, the upcoming CW series starring Kaci Walfall. Scheduled to hit the shelves March 2022, Bendis wants to show how much Naomi has matured since her debut. “For the sequel, we get to not treat it as a sequel, but in a new definitive chapter in her [life.] We saw her origin and now we come in here, a lot has changed. She has seen things, she has experienced things, her perspective has been altered just by her experience, and we get to dive into that. [She’s] young and a lot has been shown to her and told to her and she feels this overwhelming almost need for revenge or avenging her birth world and everything that happened to her and her parents.  That door is closed. She’s literally been told, ‘There’s something you need to do, and you’re not ready to do it yet.’ She has something to train for. [Whether or not she takes advice or training from DC heroes she’s met,] there’s many paths in front of her or some mixture of the group that will define her as the series ends.”

Campbell, fresh from earning IGN’s Best Comic Book Artist of 2020 Award for Far Sector, returns to the world he established without skipping a beat since he had to volley between both projects. In Season 2, what has him excited is the opportunity to draw upcoming DC mainstays in the overall plot. “That’s why I want to [draw comics.] It’s getting to play with all these characters and seeing what my Superman looks like, what my Batman looks like, what my [Black Adam] looks like. We’re in this very unique position with Naomi, where Naomi is our character, so how does our original character interact with these people? What does she look like next to these people?” What is also different for Campbell is he also has a writing credit for contributing ideas that Bendis gravitated towards. 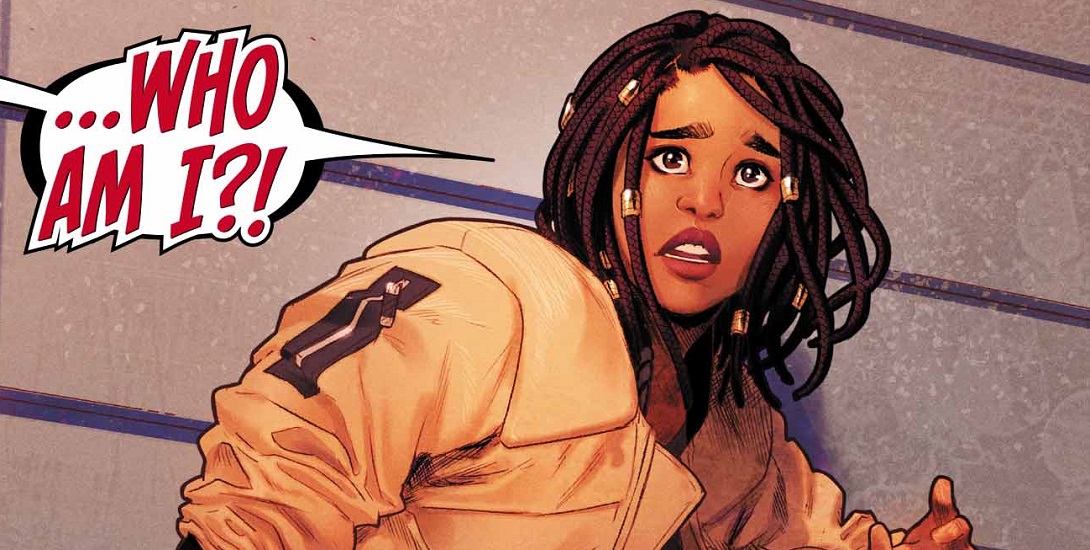 Given Season 1 covered her powers and origins – a refugee from another Earth in the DC Multiverse to this one by her mother to protect her from the tyrannical Zumbado – the team can hit the ground running. Especially with additional story thread that her adoptive father is an undercover agent from Rann, synonymous with the hero Adam Strange. Walker adds “The second arc [is now like,] well, what are you going to do when you have this stuff? What do you do with what you have? So, she’s on a completely separate journey. There’s definitely discovery, but there’s also defining yourself. She’s already fought alongside Batman and Superman and other members of the DC Universe and now – what do you do with that? What do you do with that when you go back home, when you hang out with your best friends , when your dad is trying to train you how to be the best warrior possible, when you just want him to be your dad?”

What sets Naomi apart from the other teenage DC heroes is that she is not inclined towards a secret identity. With that attitude, balancing her budding young career and a normal life will be the focus of Season 2. Walker explains “[I] think part of the reason that resonates with readers, especially a younger generation, is because we’re seeing people [place so much emphasis] on being yourself and not being categorized and being pushed into a box. I think that in the superhero world, in the superhero genre, that’s manifesting itself in characters who are just free and open about who they are. [Brian] did this with Superman. That’s a big secret to carry around the fact that you are somebody else. That you’re trying to do right by it, but you’re also [doing] right by society. [doing] right by the world, but yet at the core, you’re hiding who you are. It’s difficult to carry that balance.”

One major DC hero who knows something about the futility of a secret identity is Cyborg, whom Bendis is excited that Walker, who wrote his title in 2015, is involved. “I am personally excited [because] in this world, David Walker should be writing Cyborg 24 hours a [day.] There’s many, many guest stars. Cyborg is included in them. We also thought, regardless of David’s history with the character, we were excited that Cyborg is the perfect person for Naomi to meet right now for many different reasons. That and many other surprises to come.” Hawkgirl will also have a very significant role in the plot to come.

Catch Naomi: Season 2 #1 when it debuts March 8, 2022 online and at your nearest comic book store.