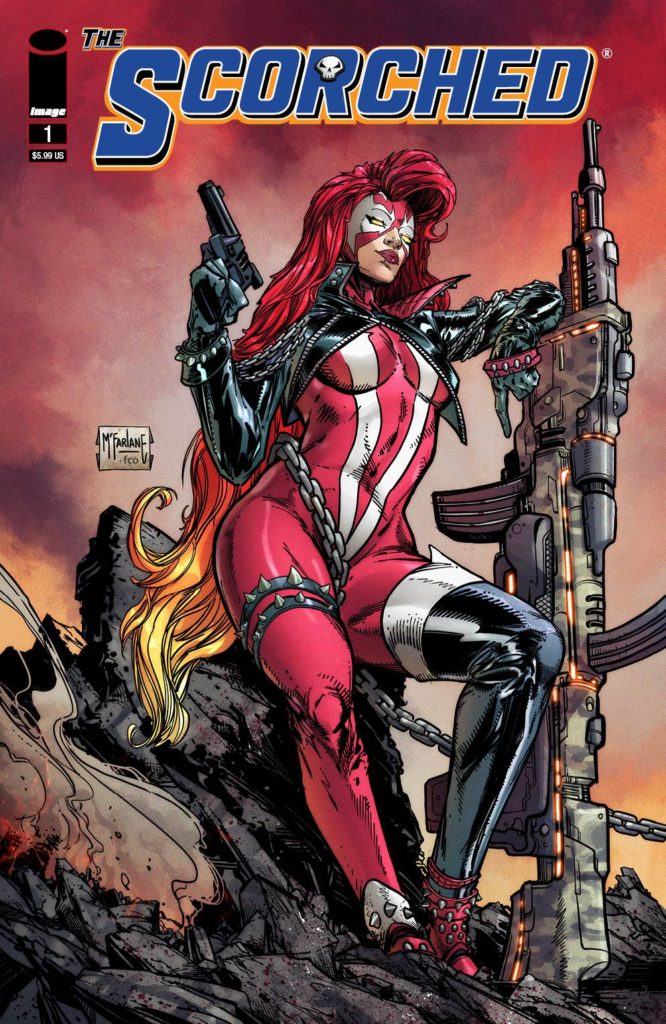 “Gunslinger is failing…we should intervene!” – Redeemer
“No.  I’ve been watching him…he loves this [email protected]#$! – She-Spawn

There’s a threat so big that no single hero can stop it, and the formation of this new supergroup is the only thing standing in its way. Members will include SPAWN, REDEEMER, GUNSLINGER, MEDIEVAL SPAWN, and SHE-SPAWN, with many more heroes waiting in the wings!

Join the battle in this FIRST ISSUE extravaganza as the forces of Heaven, Hell, and Earth collide! 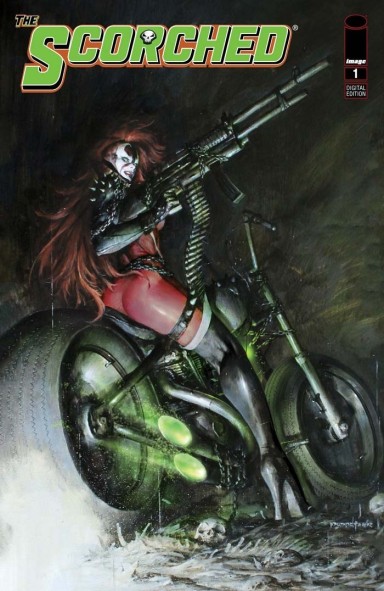 Todd McFarlane pulls off his version of a Hell born Avengers with The Scorched.  Several battle entry scenes within the book are poster worthy and you can see why the military has had such an influence on the Spawns as Jessica’s “former life” shines through.

Arguably the leader of The Scorched, Jessica is on a recruiting mission.  Turns out that events in Spawn #325 may give her more additions to the payroll as these Spawn certainly have a lot of the bases covered.   Gunslinger Spawn continues to impress and Medieval Spawn is the Dr. Fate out of the group.  That helmet…

Redeemer has found a true home in this universe and I hope that Haunt will soon join the forces as the battle for Plague Spawn will be interesting.

Jokes aside… all these Spawns are reminiscent of either versions of GI Joe or Barbie…Malibu Spawn… GI Spawn with Kung Fu Grip?  When will this reel in a bit?  Not anytime soon. 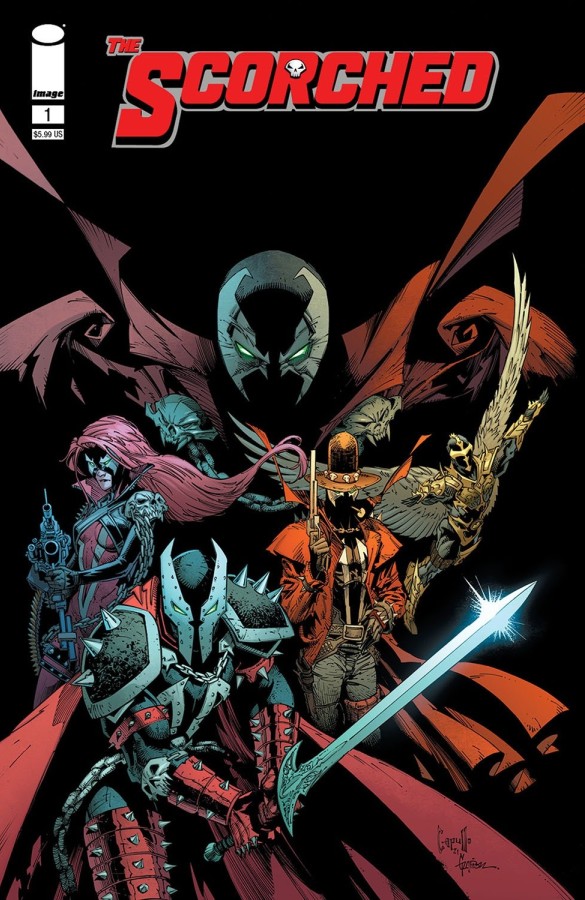 Sean Lewis pulls a Tarintino style story telling by plunging us into the action, and then giving the backstory as to why we are in a crap storm.  The dialogue he writes is both narrative and you can really hear the different characters…great writing paired with superlative art! 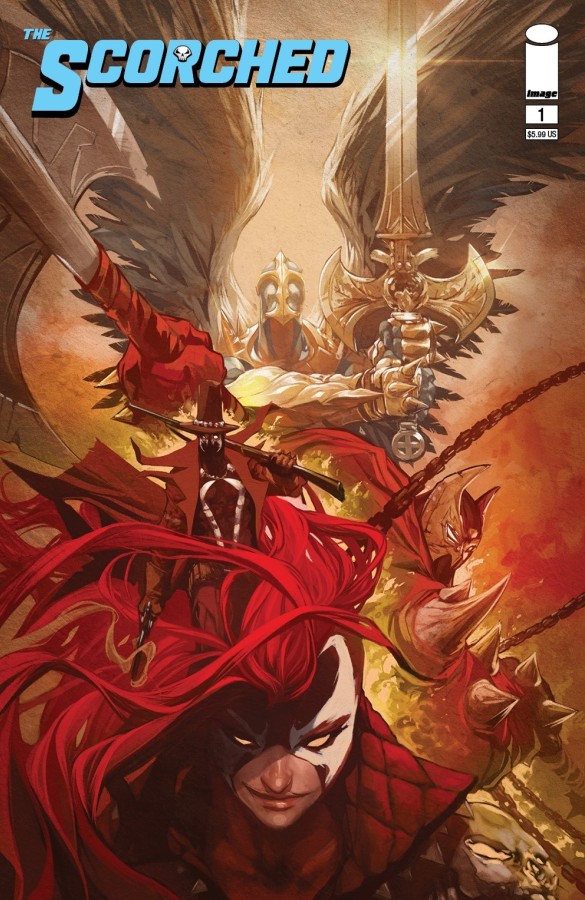 Alright… there are a lot of chess pieces on the table due to McFarlane’s expansion.  And if you add in Haunt to the mix, as well as revelations made in Spawn #325 , this has the set up to being one heckuva universe or a cash grab with no substance.

First.. since 1992 we were under the impression that the person who killed Al Simmons was Chapel under the direction of Jason Wynn.  Now we see it is Jessica/She-Spawn under Wynn’s direction.  Is Al privy to this…he should be since in the Epilogue, Jessica thinks that the Scorched are working without Al’s knowledge.

However, Al knows it all as he and Terry Fitzgerald (the man who married Wanda and had served with Al in the military) observe the Scorched get in and out of some hot water.

There is a LOT of Black Widow homages here…Russia…two sisters who may have powers, but were subject of the government..Jessica when she is ‘out of costume”.  We have come too far to get some copy cat stuff going on.

McFarlane and company have set too high a standard to let his readership down.  However, he always plays a long ball to surprise his readers.  Here’s hoping he is not on Marvel’s playbook!

The Scorched #1 –  The lettering alone is worth the issue as the true art work is how AndWorld Designs provides you the voices within those decorative bubbles.  Gunslinger Spawn continues to impress and Jessica’s military experience shows off.  Spawn comes off looking very haughty and aloof.  As McFarlane loosens his reins and allows others to play in his sandbox, it should be interesting to see what comes about.

Indie Comics Review: Doctor Who: Empire Of The Wolf #3