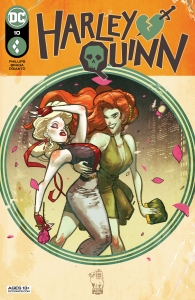 Harley Quinn #10: You know those real cheesy rom-coms where two unlikely lovebirds lean in for the same book and knock heads in the poetry section of the school library and fall madly in love? Well, this story is nothing like that. For starters, Kevin met his new muse in the middle of Scarecrow attacking Gotham (how’s that for a meet-cute?). And second, despite his planning the most perfect and romantic date night with Ivy, it seems like she might have something else on her mind. Love is in the air-errr, wait…that might be toxic gas…this is Gotham!

When Stephanie Phillips’ series began, Poison Ivy was noticeably absent from Harley’s life until Fear State reunited her with Harley. In Harley Quinn #10, Harley and Ivy have to figure out where their relationship stands. Harley’s character has been evolving since they last saw each other. In light of this, they have to figure out if they can pick up where they left off, or if they have grown apart.

This is explored in the context of a double-date with Kevin and his new love interest Sam. Sam is a bit of a mystery so far, and I’m sure she has an interesting backstory. She seems genuine, but her affection for Kevin does seem a bit sudden. I hope that she doesn’t turn out to be using him for some nefarious reason. The poor guy deserves some happiness in his life.

Harley doesn’t make a great first impression on Sam when they finally meet. She comes across as a bit overbearing and overly inquisitive. And then she accidentally spills a drink on Sam. On the other hand, she does help Kevin comfort Harley after her and Ivy’s argument, so there’s some hope they might end up getting along.

The fight between Harley and Ivy comes when Ivy wants to rob the museum where the date takes place. But Harley, now reformed from her criminal ways, doesn’t want to take part and attempts to stop Ivy. This leads to Ivy accidentally injuring Harley with one of her plants.

Although the date is disastrous for Harley and Ivy, it ends well for Kevin and Sam. The pair decide to become boyfriend and girlfriend. Unfortunately, Kevin’s elation is quickly interrupted by Keepsake. The villain holds a gun on Kevin and ominously says, “Let’s take a walk”.

Earlier in the issue, we see Keepsake’s partnership with Hugo Strange violently dissolved when Strange shoots him and tosses him off a bridge. However, we then see a mysterious figure rescue Keepsake from the water. I’m curious as to who this figure is. They are wearing red gloves, which suggests they are a costumed villain or hero of some sort. Could this be an established character, or some new character? I suspect that whoever it is will be someone Harley has to contend with sooner or later.

However, Harley and Ivy do make up, but it appears that Ivy won’t be sticking around as part of the title’s supporting cast. Harley recognizes that she has changed, but can’t force that same change on Ivy. Harley realizes that Ivy has to go her own way and have her own voyage of self-discovery. And she has to hope that that journey will lead Ivy back to her.

This is the kind of thing that I love about Phillips’ interpretation of Harley. Harley’s background as a psychologist is clearly evident. She’s still the wild and impulsive character she’s always been, but her knowledge of psychology informs her worldview.

I really like Laura Braga’s artwork on this issue. Her style is somewhat of a contract the series’ regular artist. The style is rather more traditional than Riley Rossmo’s style. But I think that the change in style reflects the story in this issue. In this story, Harley is a bit more rational and grounded than before. And thus, the art is somewhat more realistic, reflecting her current outlook. However, I am sure that she will slip back into her usual  chaotic viewpoint. Just because she can be rational at times doesn’t mean she will always be.

There will likely be those who are upset that Poison Ivy won’t be sticking  around. While I would have like to see her stay a bit longer, I can see why Phillips decided for the lovers to part for now. This title is concerned with Harley’s own journey of self-discovery, and turning this into a Harley and Ivy book wouldn’t really serve that story well at this point. But it would be nice to see Ivy make the occasional guest appearance. 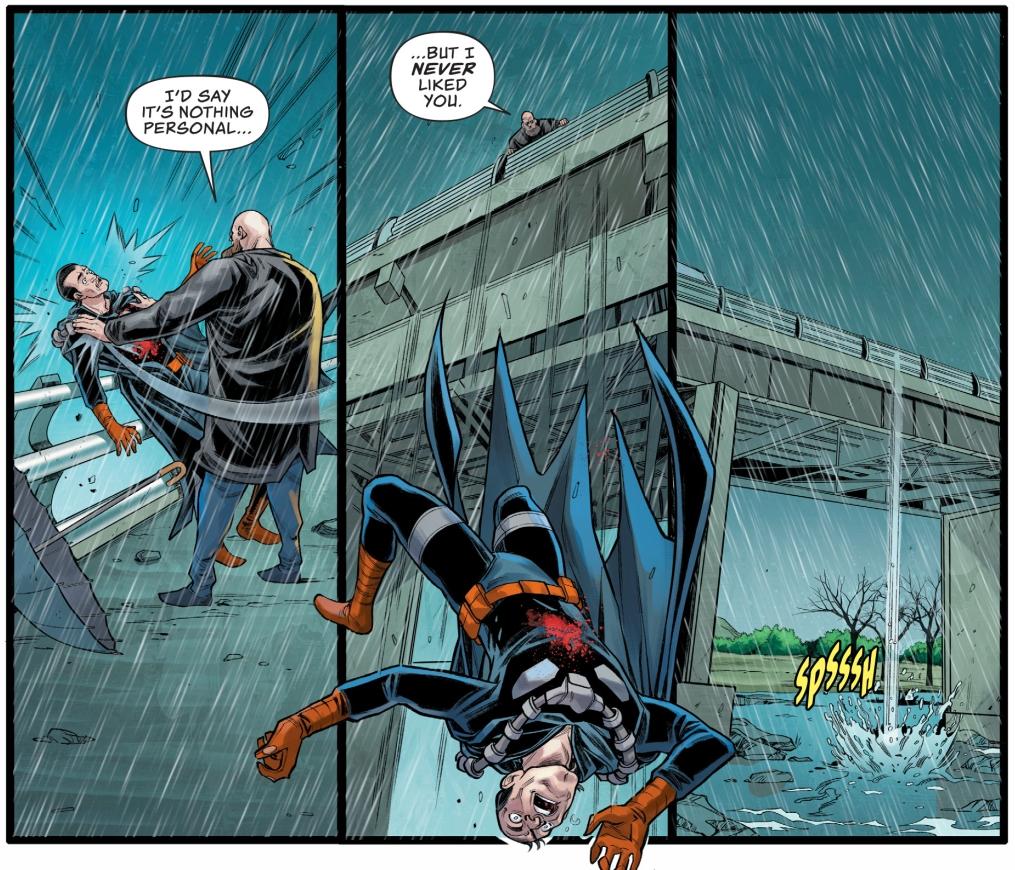 While I never disliked the character, I never really thought that a Harley Quinn title would be one of my favourite comics. Stephanie Phillips has added more depth in the character of Harley than I though was possible. And Harley Quinn #10 is a perfect example of this.