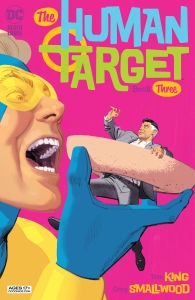 The Human Target #3: Christopher Chance is a man on a deadline and working to solve a crime that might be unsolvable. Despite his better judgment, he’s falling for his lead suspect, and her violent ex-boyfriend isn’t happy about it. Oh, and that ex? He’s a Green Lantern.

In The Human Target #3, Christopher Chance continues his investigation of the Justice League International by visiting Booster Gold. However, he also receives a visit from another JLI member, Guy Gardner, Tora’s ex-boyfriend.

Guy is his usual brash and obnoxious self, and he’s not pleased about Chance spending time with his ex. And considering he’s a Green Lantern, he could pose a significant problem. Despite this, Guy is less of a threat than he should be, as both Chance and Ice are able to deal with him.

At one point Tora has had enough of Guy’s interference, and we see Ice’s power pitted against Guy’s. This is a confrontation that drives home just how powerful Ice is. As Chance relates, “It’s the most powerful weapon in the universe. Without you even thinking, it’ll protect you from anything. The strength it’d take to overcome that defense is almost inconceivable”. Yet overcome it she does.

Chance also overcomes Guy, but not through brute force. Instead, he uses his skills as the Human Target. Using his skills at impersonation and disguise, and a “borrowed” Legion flight ring, he gets Guy to willingly surrender his power ring. And I love that we get to see Glass-Jaw Guy once again knocked out with a single punch. To quote Blue Beetle, “One punch! One punch!”

Booster Gold is also very much as he was portrayed in Justice League International. That is, as an amiable blowhard, constantly engaged in an ill-advised money-making scheme. Booster’s current venture is a fast food joint called Booster’s Bagels. And his business has a rather unique selling point, much to Skeets’ disapproval: “Every bagel is toasted in-house! No pre-toasting at Booster’s Bagels!”. 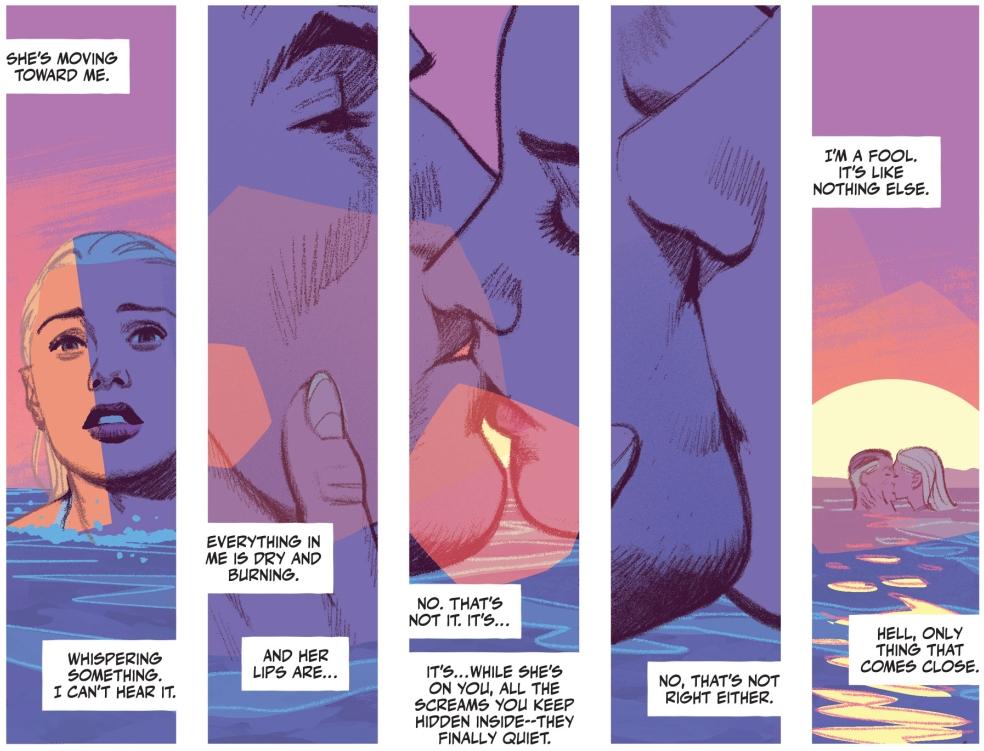 As ever, Booster shows that he’s not the brightest of heroes, which allows for some hilarious dialogue. One example is when he states, “Next question, Human Target if that is your real name”. Skeets replies to this, “His real name is Christopher Chance. This is something you already know”.

Chance’s assessment of Booster is pretty spot on. As he narrates, “But a lot of super-people make a lot of mistakes. What separates Booster from the rest, what makes him more of a hero than most, is that he doesn’t hide the mistakes. So yeah, he’s a joke. But aren’t they all? At least this one’s funny”. Booster may be a buffoon, but at least he’s forthright and honest, and Chance takes an odd liking to him.

Chance realizes that Booster is not the person who poisoned him. Booster did have access to the unique ingredients in the poison, which he unwittingly supplied to the poisoner. This immediately casts suspicion on his unnamed business partner. The identity of this silent partner is secret but is most likely Booster’s pal, Blue Beetle.

I am loving Greg Smallwood’s art on this title. His bright, colorful style is perfect for a title featuring the JLI. And I love some of his little touches. One detail I didn’t notice the first time reading was when Chance and Booster shake hands. Booster’s Legion flight ring is clearly visible on Booster’s right hand. But in the next panel, the ring is gone. But don’t worry, Chance later states his intention to give it back to Booster “before he tries to fly”.

The Human Target is a rather bright and upbeat story, apart from the matter of Chance’s imminent death from poisoning. Thus, this story is something of a departure from Tom King’s previous projects. It’s possible that this might be disappointing for readers who enjoy King’s stories with a darker edge. But I think most readers should be able to enjoy this story, regardless of how they feel about King’s earlier titles. 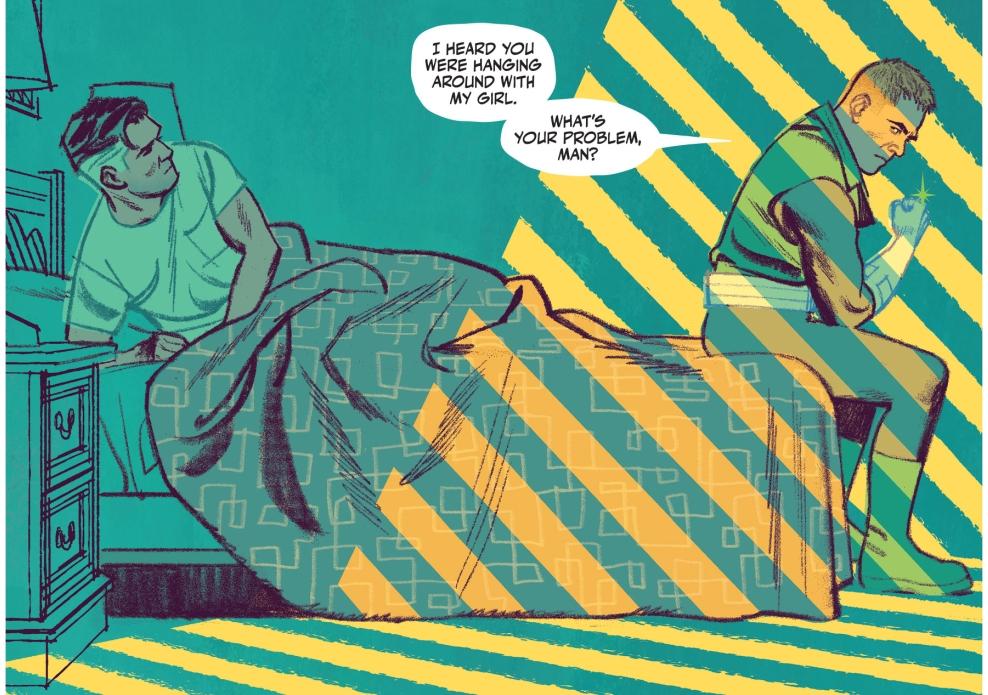 While it’s too early to say so definitively, The Human Target might be my favorite Tom King story yet. I love the nostalgic feel that King has woven into this fascinating mystery. I can hardly wait to see how this story develops as he interacts with further members of the JLI.

Indie Comics Review: The Terrific Three #0: Before The Storm