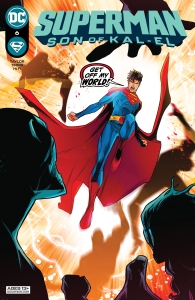 Superman: Son of Kal-El #6: Superman has recovered from the devastating attack against him. After the life-changing events of issue #5, Jon Kent and his new ally Jay Nakamura are ready to strike back. They are on a collision course with the type of power that is used to swatting problems out of the way. But Superman is not so easily swatted!

In Superman: Son of Kal-El #6, Henry Bendix continues to be a malignant influence in Jon’s life. We don’t know the full details about “The Rising” yet, but we see Bendix’s operatives kidnapping homeless teens in Bludhaven for his metahuman experiments.

There are also a couple of notable guest-stars. Batman puts in another appearance, following up with Lois about Bendix’s  attack on the Kent farm. While the Dark Knight insists on hiding the Kents somewhere safe, Lois refuses to do so herself. Unsurprisingly, Lois prefers to do her investigation into the matter.

And Batman’s son also appears, also doing his own investigation. It’s interesting that both Bruce and Damian make an appearance in the same issue, without actually crossing paths in the story. It makes me wonder if Jon is going to be instrumental in reuniting the estranged father and son soon.

Jon and his boyfriend Jay also carry out their investigation. I liked seeing how Lois, Jon, and Jay’s investigations all converge at the same point, bring all three together at S.T.A.R. Labs. And of course, Lois and Jay are a bit chagrined to find that Damian has already found the information they were all seeking.

I like that we see that Jon and Damian’s friendship hasn’t diminished any despite the reversal in their respective ages. Damian even figures out Jon and Jay’s budding relationship without being told about it – or even that Jon is bi. He says to Jon, “You know I’m on my way to being the greatest detective in the world. And I’m also your best friend and quite perceptive?… And I’m really happy for you man”. 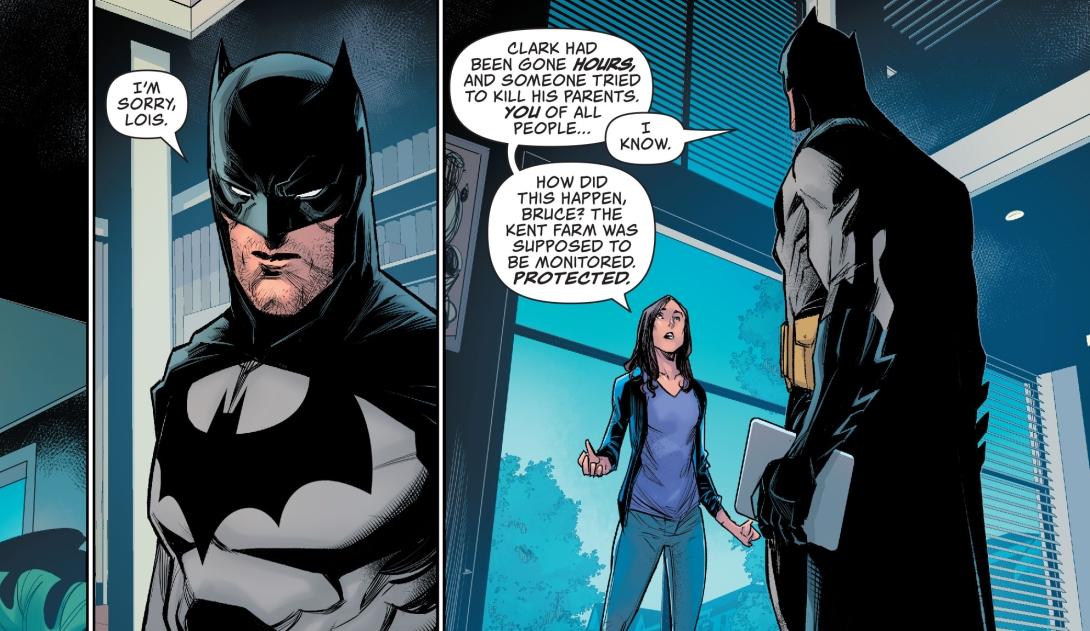 And Damian’s happiness for Jon is evident in an uncharacteristic smile, prompting Jon to tell him, “Can you stop grinning? It’s a little disconcerting coming from you”. And I had a chuckle when moments later, Lois repeats almost the exact same words to Damian.

We also learn some interesting information about Jay. Jay tells Jon that his mother was Sara Nakamura was the president of Gamorra before Bendix’s takeover. He also reveals that he received his intangibility powers from Bendix’s metahuman experiments. And another shocking revelation comes when Jon discovers that Jay’s mother is still alive, despite her apparent death.

I was quite amused to see the threat Jon used to get that information from the Gamorran ambassador to the US. He tells him, “The Kent farm was under Justice League protection. I hear Batman is pissed. You’ve made barely contained anger in a Batsuit even angrier. He’s going to question you He’s going to get the answers he’s after. But I have a question first.

I am really enjoying John Timms’ artwork on this series. I loved his depiction of Jon and Jay’s picnic atop the Daily Planet globe. His illustration of this important piece of the Superman mythos was breathtaking. And his depictions of the issue’s characters is spot-on perfect – especially Jon. There are visible similarities between Jon and his father, but Jon is depicted as more than a younger image of Clark. He’s clearly his father’s son, but he’s also his own individual. And this reflects how Taylor is showing the same about Jon’s character. Jon has learned much from his father’s example, but he’s charting his own path as Superman.

While Henry Bendix makes for an interesting villain, I hope that either the Bendix storyline is wrapped up soon. Or if Taylor intends on carrying on this arc for an extended period, I hope that Jon has some unrelated side adventures along the way. I would really like to see Jon pitted against other foes, whether they be established DC villains, or new characters. But I’m sure that Taylor will add some variety to Jon’s enemies as the title continues to keep things from getting stale. 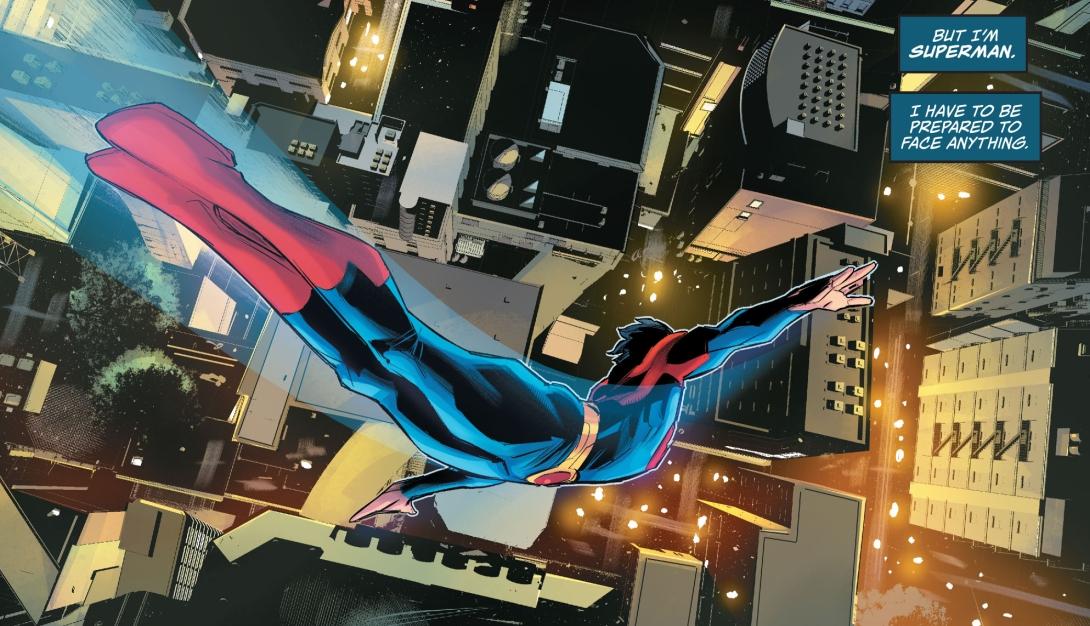 Superman: Son of Kal-El #6 is another stellar issue from Tom Taylor and and John Timms. While I’m still unconvinced that aging Jon to adulthood was a good move, Taylor is producing some great storytelling based on it. While that decision is still somewhat a bitter pill, Taylor’s series is making it somewhat easier to swallow.