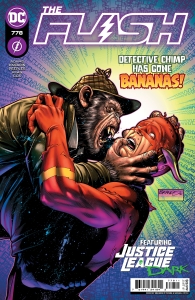 The Flash #778: Having traveled to Gemworld by way of the second dimension, the Flash joins Justice League Dark and the princess of Gemworld, Amethyst, in a race against time to thwart Eclipso’s evil plans.

In The Flash #778, Wally continues his adventure on Gemworld with the Justice League Dark. But there is also a parallel storyline with Jai and Irey facing a trio of supervillain kidnappers.

Irey sneaks out at night to join up with her friend Maxine, but the girls are kidnapped and drugged by Shimmer and Mammoth of the Fearsome Five. They are working with the Calculator in a scheme to kidnap and traffic metahuman children. Luckily for the girls, Jai was following them.

In Wally’s previous series, Jai’s connection to the Speed Force had to be severed, as his powers were killing him. But when Wally visited Irey 20 years in the future during issue #771, we learned that Jai gets his powers back at some point. And it appears that Adams has chosen now to address this issue. Jai manages to free the girls, but they still have to face the villains. And Irey is not recovered enough to use her powers. So, she has to restore Jai’s powers, despite the danger they pose to him. I just loved seeing Mammoth getting his butt handed to him by an 8-year-old Jai.

I am wondering if the problem with Jai’s powers is the same as Wally faced at the start of his career in Mark Waid’s “Born to Run” storyline in The Flash (vol. 2) #62-65. Wally’s powers were killing him at first until he adapted to them by pushing his powers to the limit. Impulse went through the same thing in The Flash #93. Perhaps this is the same thing happening with Jai.

Also, Jai’s  super strength were originally explained as the Speed Force temporarily accelerating the growth of his muscles. In light of the new Forces associated with the Speed Force revealed during Joshua Williamson’s run, I wonder if maybe Jai’s powers are actually a manifestation of the Strength Force, rather than the Speed Force. I suspect that we will be seeing some revelations and a resolution to Jai’s power situation soon.

Also, there was a small detail I didn’t notice on my first readthrough. In a couple of panels, you can see that a cat follows Jai through the window into the villains’ hideout. I wonder if this cat is Socks, a.k.a. Ignatius, former member of the Parliament of Limbs. Perhaps Sock is still keeping watch over Maxine, the daughter of Animal Man.

Meanwhile, in Gemworld, Wally finds himself having to side with the villain Dark Opal when Eclipso possesses the members of Justice League Dark. Unfortunately, Dark Opal proves to be less than trustworthy. He and Eclipso were working together against Wally.

The issue ends with Wally about to be killed by the possessed Amethyst. And here the two storylines converge. Jai, despite the pain caused by his powers, senses the danger Wally is in. How does Jai sense this? And what can the twins do to help their father? We will have to wait until next issue to find out.

Fernando Pasarin, Matt Ryan, and Brent Peeples do an excellent job with the artwork this issue. Using different art teams is an effective way to differentiate the more fantasy-based Gemworld from the mundane DCU Earth. The action scenes were especially well-rendered. The fight against the Justice League Dark neatly demonstrates how formidable Wally actually is. As, he is able to hold his own against DC’s most powerful magic users.

I have absolutely no complaints with The Flash #778. Adams’ storytelling is on-point as always. And his story is superbly illustrated by the issue’s artists. 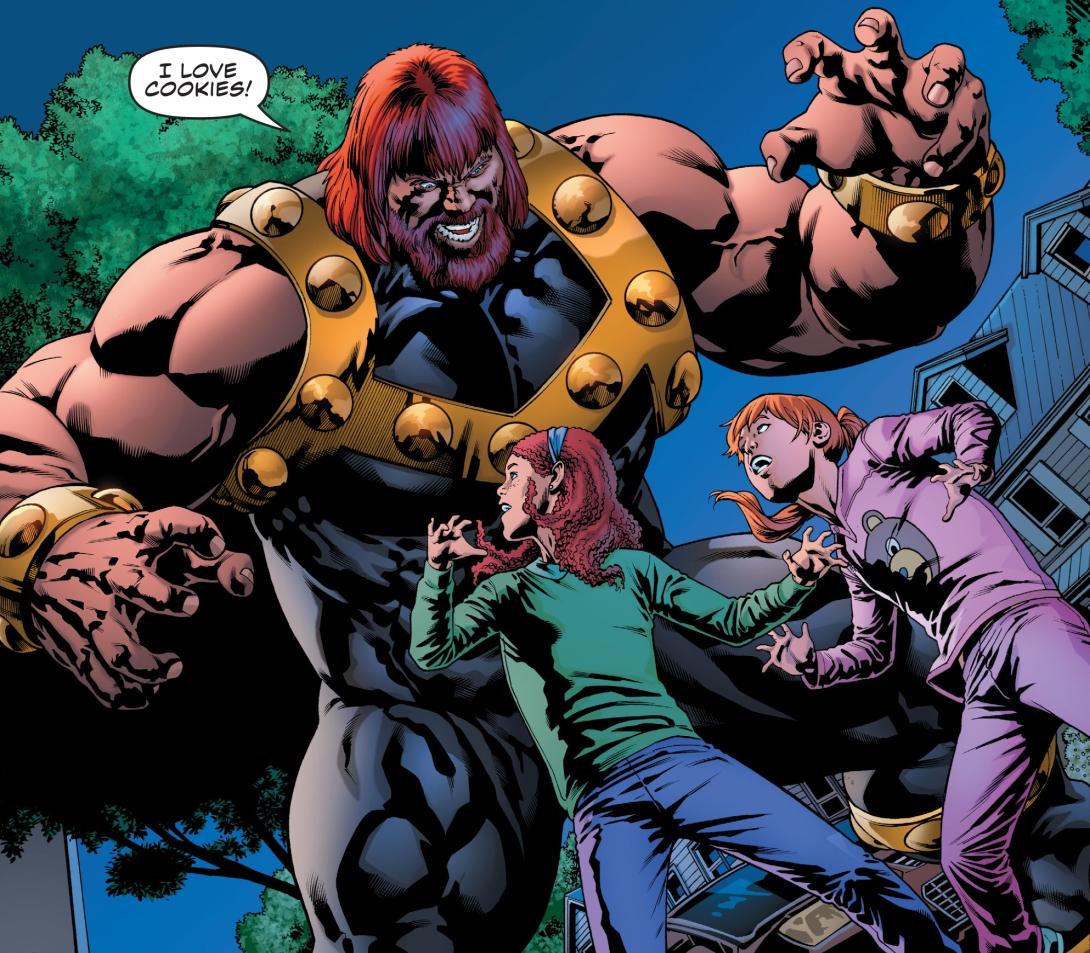 I’ve always liked The Flash, but not as much as some other titles. However, since Jeremy Adams has taken over as writer, it’s now my absolute favourite. DC needs to do all they can to make sure he stays on the title for as long as possible, as I’m especially looking forward to the inevitable guest-appearance of Maxine’s father, Animal Man.