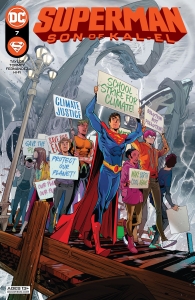 Superman: Son of Kal-El #7: Superman has recovered from the devastating attack against him. After the life-changing events of issue #5, Jon Kent and his new ally Jay Nakamura are ready to strike back. They are on a collision course with the type of power that is used to swatting problems out of the way. But Superman is not so easily swatted.

In Superman: Son of Kal-El #7, Tom Taylor starts at the end of the story. We see Jon looking distressed in the flooded streets of Metropolis. And we hear a news report from the Truth referring to destruction and deaths. But Jay also argues these are not Jon’s fault, saying, “…even Superman can’t save anyone”.

Then Taylor shifts to the beginning of the story. This is a rather effective device. Knowing that the story ends in tragedy adds a feeling of foreboding to the issue’s narrative. That inauspicious beginning captures our attention, and makes us eager to learn the circumstances that led to that beginning.

The question of Jon having a secret identity is a topic Taylor has touched on earlier in the series. The revelation of Clark’s secret identity means that the world knows that Jon Kent is the new Superman. In issue #1,  Jon adopted a new identity that was almost immediately blown. Now Jay offers him a new form of anonymity.

Jay offers Jon a job as a reporter for the Truth. This job requires Jon to wear a mask and use a pseudonym. This is an interesting twist on the traditional secret identity, wearing a mask in his civilian identity rather than as a superhero. I wonder how the balance between his personas will evolve. I found it interesting that the mask Jon chooses is a domino mask that doesn’t really hide much. Will he be able to make this persona as distinct from his Superman identity as his father did with his Clark persona? 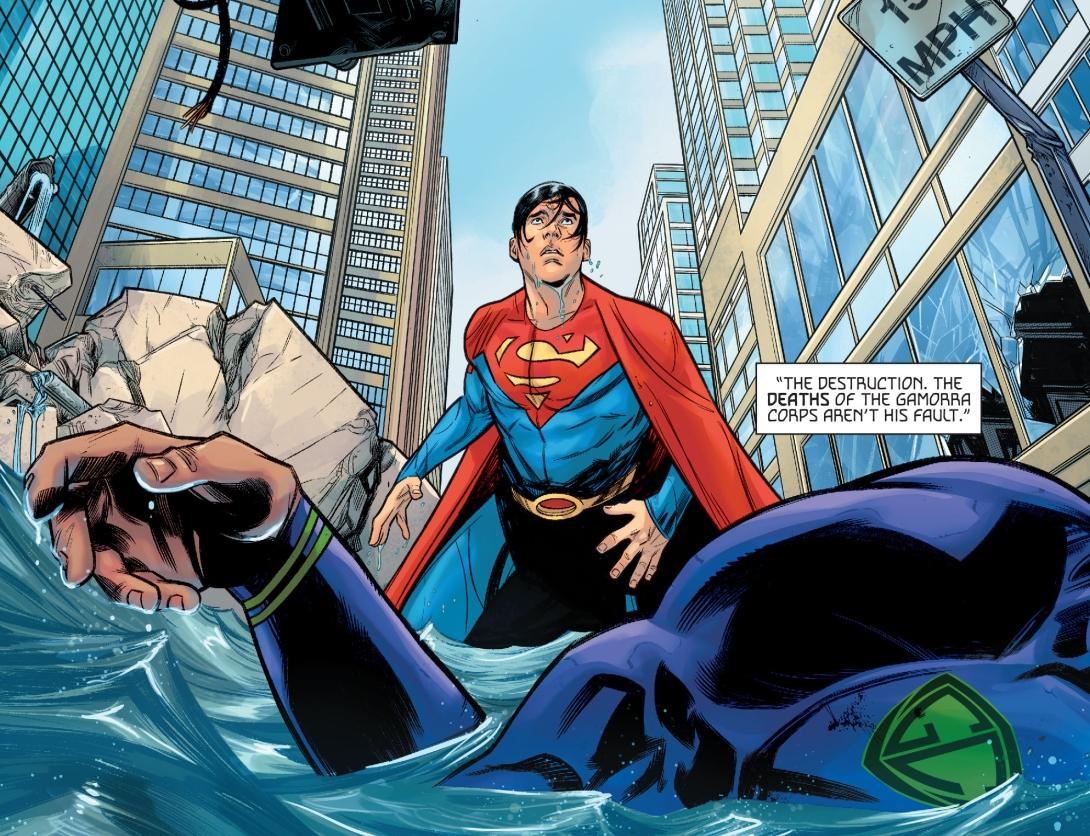 Jay takes Jon to the large boat that serves as the headquarters for the Truth. Unfortunately, the boat finds itself in the way of Henry Bendix’s attack. This attack, known as “the Rising” involves setting a gigantic sea monster on Metropolis, so that Bendix’s super-team, the Gamorra Corps, can come to the city’s rescue.

So  a villain named “Bendix” is unleashing a leviathan”on Metropolis. I have to wonder if Taylor is making subtle dig at the previous writer on the Superman titles. Brian Michael Bendis also was the writer of Event: Leviathan. And some would argue that Bendis’ idea to instantly age Jon from a kid to a near-adult makes Bendis Jon’s archvillain.

There is also a guest appearance from the new Aquaman, Jackson Hyde. Like Jon, the former Aqualad has graduated from sidekick status, and now shares the identity with his mentor. I like that DC is having more of the heroic names being shared between the classic versions and newer legacy characters. We’ve seen that having multiple Flashes and Green Lanterns works well. So why not multiple Supermen and Batmen?

The biggest criticism that can be levelled at Son of Kal-El is that Taylor’s title doesn’t feel like a traditional Superman title. However, I feel this is also one of the title’s greatest strengths. Yes, Jon is Superman, but he’s not Clark. Jon is develops his own individual approach to being Superman. And of course, this will give the book a different feel. Seeing Jon grow into the role is a refreshing change of pace. 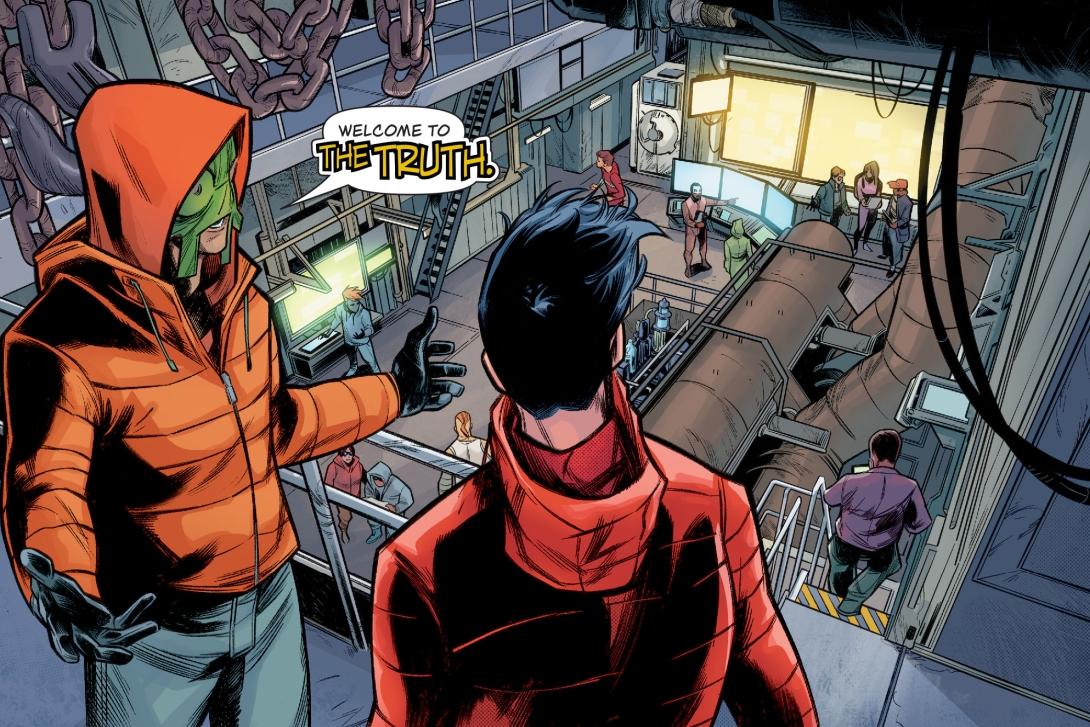 Superman: Son of Kal-El #7 is another fine issue from Tom Taylor with great artwork from Cian Tormey and Raul Fernandez. This issue is a perfect example of why Taylor’s series was awarded  the 2022 DCN Award for Best New Title. Congratulations to the title’s creators!