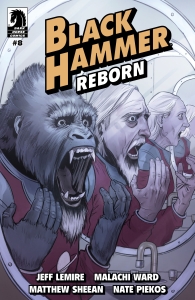 Black Hammer Reborn #8: The madness continues as the bizarre astronaut Colonel Weird and his robot companion Talky-Walky face a second Cataclysm where Black Hammer-world heroes and villains across space and time are thrown together in an all-out brawl!

Black Hammer Reborn #9 centers around Colonel Weird, and is, therefore, a very trippy reading experience. The Colonel continues to see strange things when looking in the mirror, like an alien version of himself. He also sees a female version that introduces herself as Colonel Rhonda Weird. Even worse he has a vision of Anti-God beginning to awake from his slumber, implying that a Second Cataclysm is imminent.

Weird then finds himself in a space station in the middle of a vast white void. Venturing inside, he finds the Parliament of Weird, a group of multiversal doppelgangers of himself. They tell him that his visions of the Second Cataclysm are true. And they also tell him, “But there must be sacrifices”. Weird agrees to help them, but the scene changes shift, leaving the details of their plan a mystery to us for now.

However, in the next scene, Weird informs Lucy that her family was the sacrifice that had to be made. But that is not the only one. Lucy angrily promises that she will kill Weird, to which he replies, “I know…that too…is the sacrifice”. Colonel Weird has always been shown to be bound by his non-linear experience of time. His every action is pre-determined, much like Doctor Manhattan from Watchmen. Does this mean that he is actually going to die in this series? 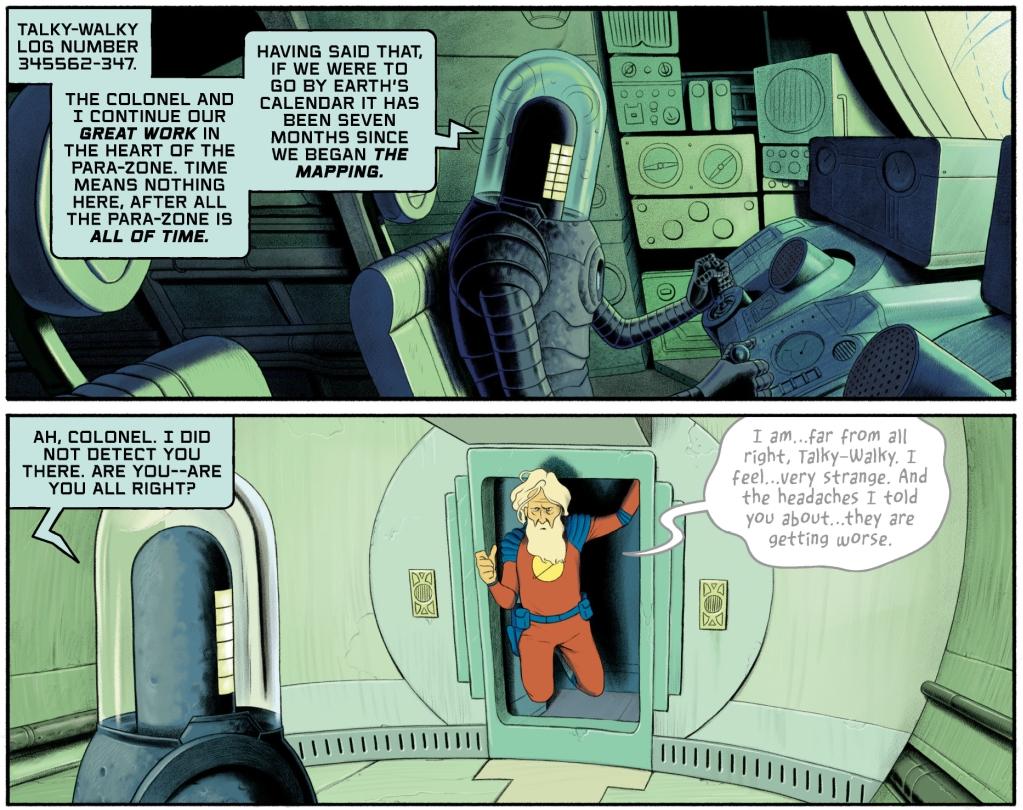 Much of Jeff Lemire’s Black Hammer books are pastiches of various eras and concepts in comics history. The Second Cataclysm is clearly a tribute to the original Crisis On Infinite Earths. It only makes sense that a superhero universe like Lemire’s would be part of a vaster Multiverse. And of course, it follows that a threat would likely arise to that Multiverse that would instigate a major crossover event.

In the Inspector Insector backup story, the villain Fumi-Gator delivers the captive Joe Weber to his boss, Dr. Zeus. I love that name! Zeus reveals a portal had opened when Joe appeared in Limbo Land. Apparently, Joe is the key to using the portal, and Zeus believes that it is his ticket out of Limbo Land. A final blurb promises that the story is “to be continued in the pages of Black Hammer Reborn #9, implying that Joe’s story will continue in the main story. Hopefully, this means he will be shortly reunited with his mother.

I quite like the artwork of Malachi Ward and Matthew Sheean in this issue. I especially enjoyed the visual references to the movie 2001: A Space Odyssey in Colonel Weird’s otherworldly experiences. And Rich Tommaso’s unique style gave the backup story a lovely Golden-Age comic strip vibe.

No complaints here. I have come to have high expectations for any new issue of Black Hammer and Lemire has yet to disappoint. 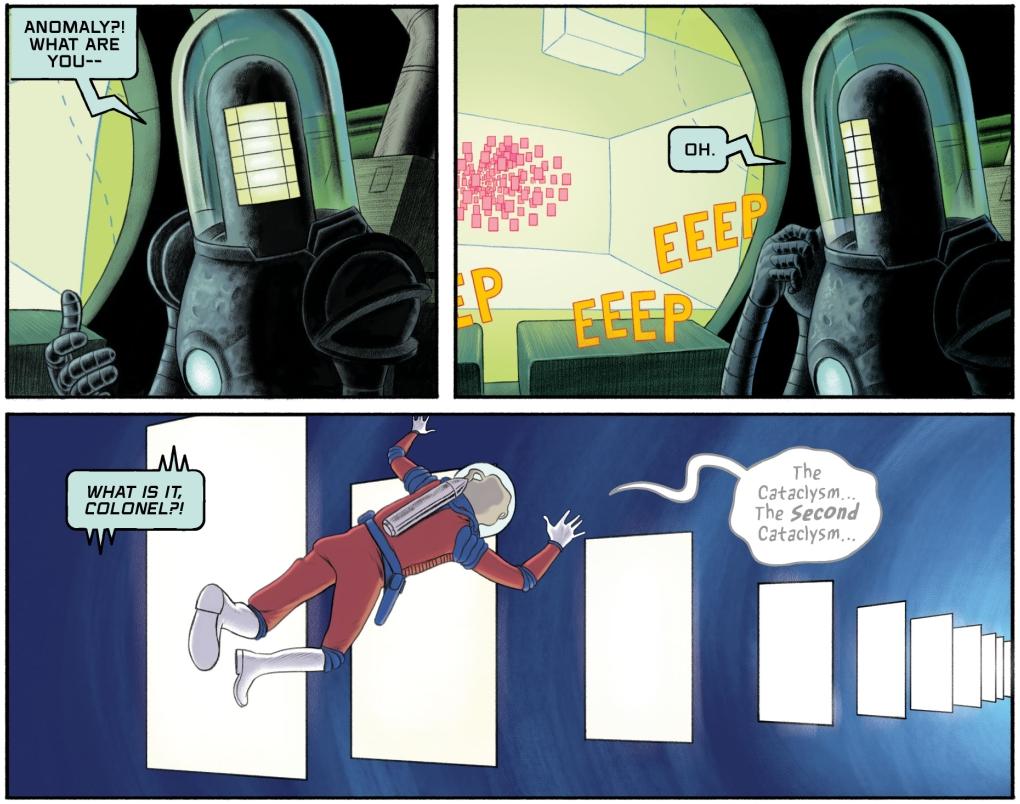 Black Hammer Reborn #8 is another great issue of Jeff Lemire’s stellar series. This intriguing story of parallel Earths is proving to be a high point in the Black Hammer saga. I look forward to seeing how Lemire’s story plays out as this series enters the third and final act.