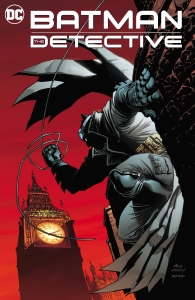 Thanks to Penguin/Random House for providing a review copy.

Batman: The Detective – Collected Edition: A horrific tragedy in the United Kingdom sends a very personal and deadly message to the Dark Knight, one that will draw Batman out of Gotham City to investigate! From the moment he lands in Europe, Batman will face a difficult investigation and unheard-of adversaries and gain the assistance of a partner once more-all in the hunt for the villain known as Equilibrium! New villains! New allies! A thrilling overseas adventure begins for the Dark Knight! Collects Batman: The Detective #1-6.

The collected edition of Batman: The Detective collects the six-issue miniseries by Tom Taylor. This series sees an older Bruce Wayne facing an unknown foe who is determined to undo everything Bruce has accomplished over his career as Batman.

This story is set an unspecified amount of time in the future. Bruce is alone in the Batcave. And Bruce questions whether his crusade against crime has made much of a difference. Bruce’s narrated thoughts tell us, “Alfred is gone. My family is no longer here. So why am I?”. This leads us to the striking scene of Bruce departing Wayne Manor forever.

Taylor explores a theme that has been prevalent over the decades of Batman comics. This is the conflict of Bruce’s drive to be self-sufficient making it difficult for him to accept the help of others. Taylor’s story implies that this has caused him to drive much of the Bat-Family away previous to this story. However, Bruce is pitted against a foe that is his opposite number. And this enemy lack’s Bruce’s crucial weakness, and actively uses the assistance of others. 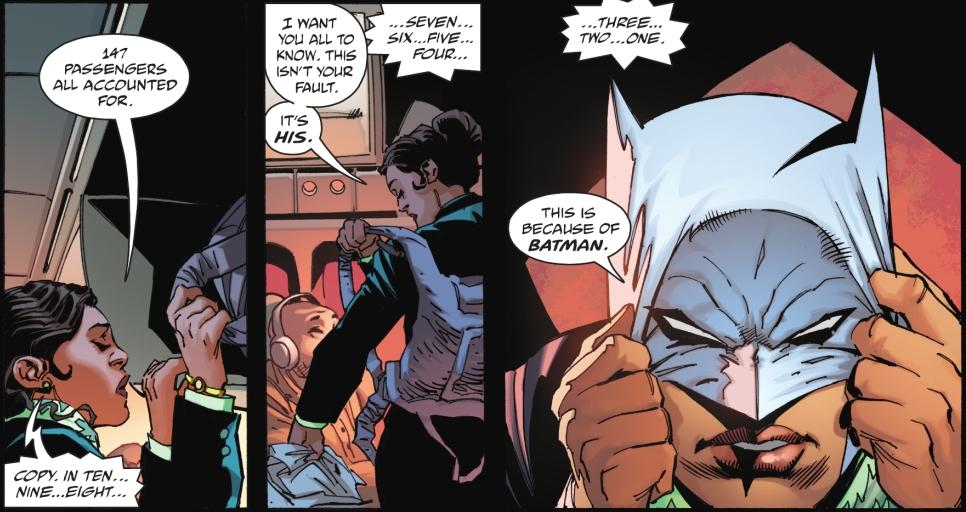 Thus, as the story progresses, Bruce learns to accept the help of others to help prevail against this enemy. We even see a couple of members of the Bat-Family assist in the effort. And we also learn that when Batman is willing to accept help from others, that gives him a wide body of friends and allies to draw on. The introduction of the European Alliance of the Bat clearly demonstrates this. This is a collection of various people in positions of power or influence throughout Europe that Batman has assisted in the past. This proves that Batman has a vast network of powerful allies who owe him favors, which he is now willing to call in.

In the past, there have been a number of villains that have been designed to be Batman’s opposite number like the Wrath or Earth-3’s Owl-Man. However, Equilibrium is his opposite in a unique sense. This villain’s mission is to end all the lives that Batman has saved, in essence negating all Bruce has accomplished as the Batman. The villain’s name is a clear indicator of this. Equilibrium creates equilibrium by canceling out the lives Bruce has saved.

I like the choice of putting Equilibrium in an all-white version of the classic Bat-suit. This visibly marks the villain as the literal opposite of Bruce. Andy Kubert and Sandra Hope have done a fantastic job with the artwork, assisted by Brad Anderson’s wonderful colors. I also really liked the redesign of the Bat-suit for an older Bruce. Replacing the traditional cape with a trenchcoat looks cool as hell.

The only drawback of this hardcover collection of Batman: The Detective is the relative lack of bonus features. All this volume offers is a gallery of variant cover art and a couple of pages of Andy Kubert’s character designs. There is little incentive to double-dip for readers who already bought the series in comic book form. However, it’s still a great buy for readers picking up this story for the first time. 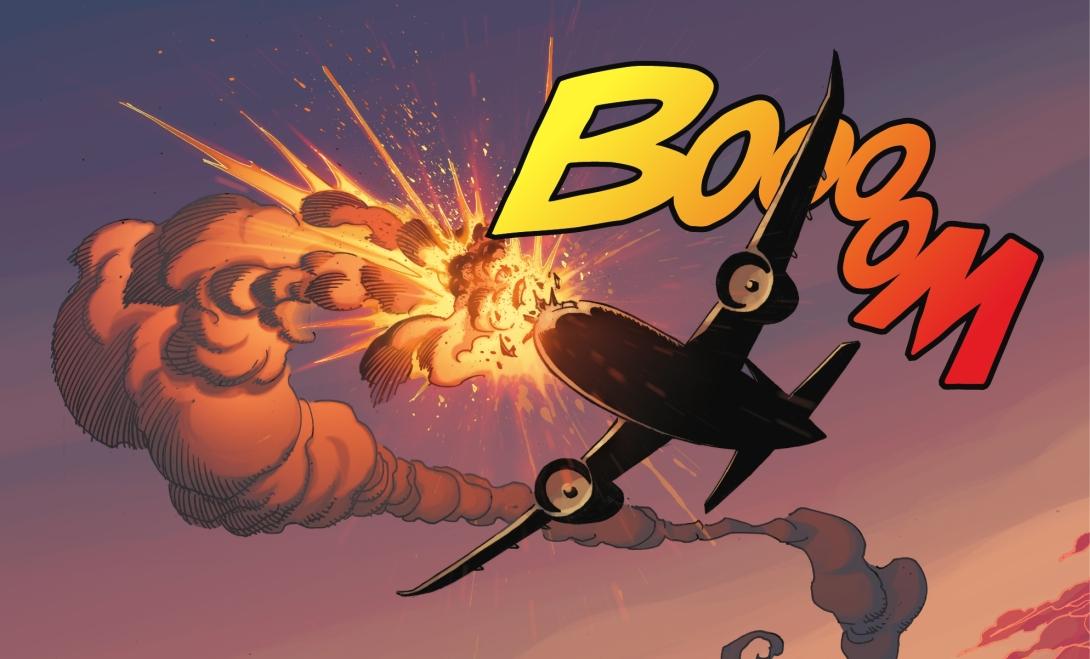 The hardcover collection of Batman: The Detective presents a phenomenal Batman story by one of DC’s hottest writers, and features some stellar artwork from Andy Kubert and Sandra Hope. It will make a great addition to any comic fan’s library.

If you missed out on the individual floppies, now’s your chance to check it out.

Book Review: The Nice House On The Lake Vol. One – Collected Edition

DC: ‘Batman: Fortress’ Announced For May!