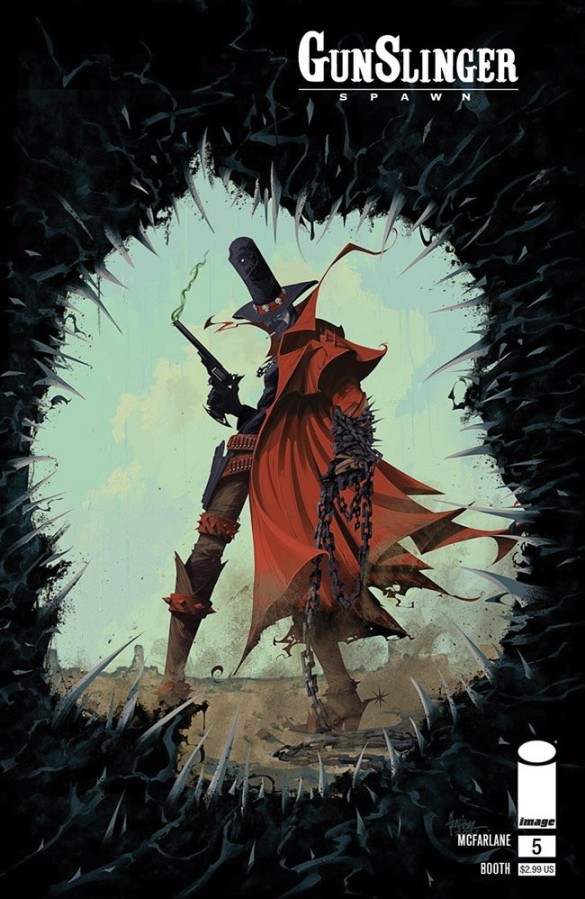 “Alright…If you do your part, Then I’ll do mine!” – Gunslinger Spawn to The Clown…another deal with a Devil!

Spawn #5- The EPIC battle with the new CLOWN concludes…Clown, along with Violator and his razor-toothed minions, continues to torment a weakened Gunslinger.

This may just be his last rodeo… The power meter is at 0873…. this is the weakest and coolest Spawn ever! 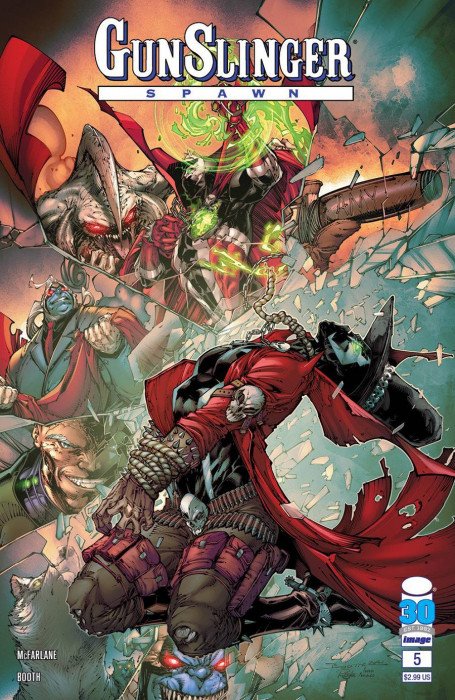 What McFarlane provides us in Spawn he readily takes away in Gunslinger Spawn.  That really is quite the positive as Al Simmons is the top dog in Spawns and he simply stands toe to toe with every Angel, Demon, and arguably any god that McFarlane and company creates.

Gunslinger Spawn seems to weaken every second and gets his rear kicked in almost every battle.  I mean what creature takes his own body fluid and dips his bullets into it to make them more powerful?  He knows this is a fatal move in bringing down his meter, but hey…you do what you have to do.

Brett Booth is as accomplished Spawn artist as McFarlane himself.  Seldom do you see when the baton is passed from artist to artist do you get the same style of penciling and color, but Booth and Ivan Nunes are simply killing it in this book! 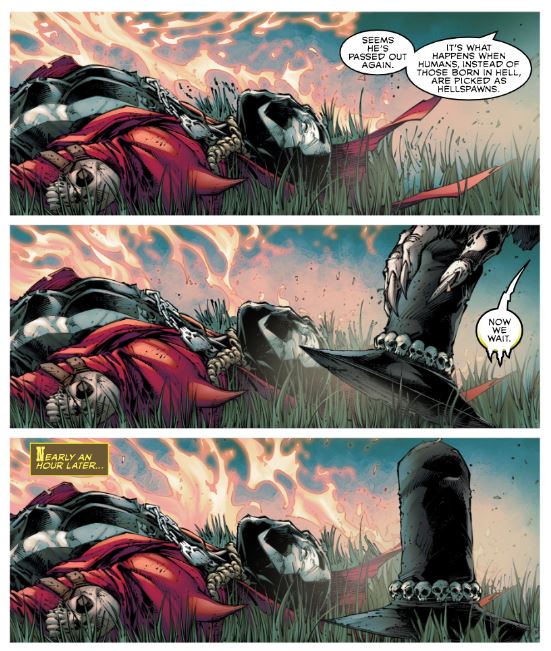 McFarlane and Booth have brought back The Clown in a style like no other.  In my last review, I had an issue about his minions and a comparison to the Batman Who Laughs’ “Groblins”.

The Todd Father provided a great back story to those little clown devils and does he ever weave a tale. McFarlane appears to be in a race with himself to “outdo” each book he is releasing each week.

I know…I know.. Marvel and DC do it all the time with their characters, but in Spawn’s neighborhood there is no “mini adventure” here and there.  McFarlane is weaving the entire tapestry of these four books together and it is the blanket that keeps our wallets open each week! 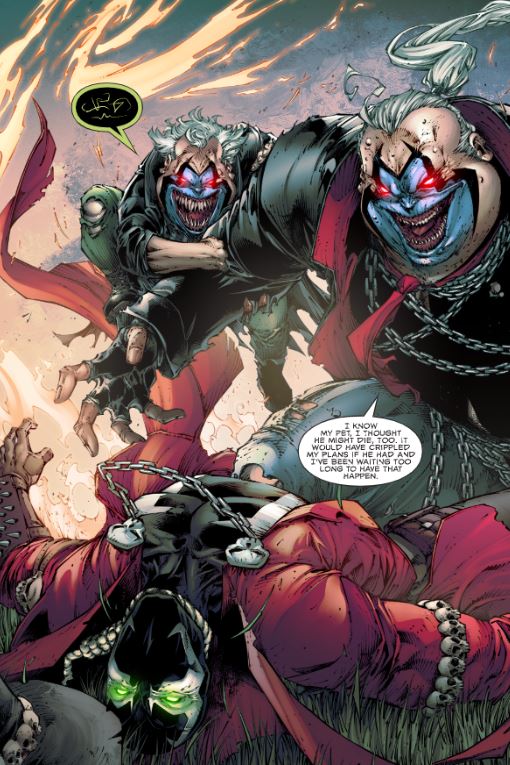 Crickets are chirping…why is that word even in this review…other than I have to wait more days for the next Spawn title to be released?

Issue #5 is our new deal with the devil.  Gunslinger is not “clowning around” (see what I did there).  He’s forming an unholy alliance to get back to the past.  Let’s hope it pays off!