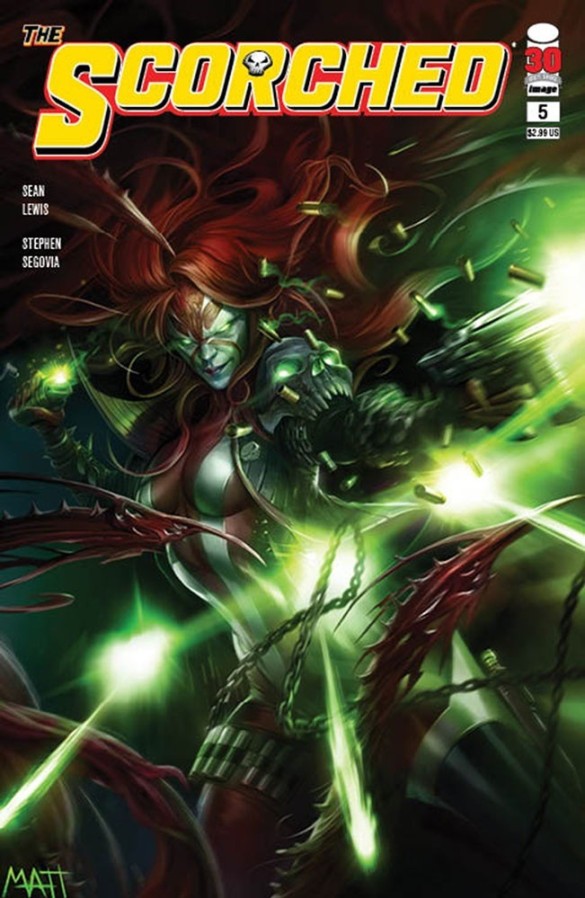 “Before you think about lying, I want you to know, some of those people poisoned me.  I’d like a cure from you, from them from whoever.  Either way, I’m walking out of this room.  The question is ‘Will You?’.” – Haunt to Bludd

SOUL CRUSHER proves to be a much bigger threat to the team than they initially thought when he turns out to be part of a network of individuals determined to bring them all down.

Will opposing ideals and motivations bring an end to the Scorched before Soul Crusher has a chance to? 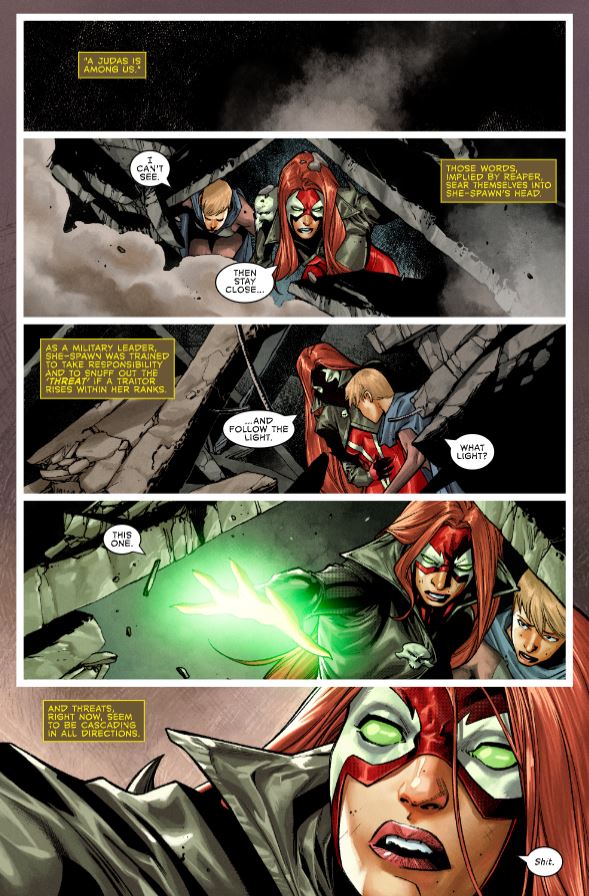 Sean Lewis continues to not only fill in the blanks of Spawn, King Spawn, and Gunslinger issues.  He writes one great She-Spawn and provides great narration for all the battle scenes.  Lewis gives the appropriate amount of attention to each character and really acknowledges (not in word, but in deed) who needs the most screen time given that Al Simmons has two books at this disposal and Gunslinger Spawn is such the focus of his own comic.

That gives us the necessary time for character development for these other Spawns.  I do want more added to the mix (as does every Spawn fan).  Can we get Angela back from way way back?  It would be great to revisit and renew some of the older characters in Spawn lore, but Lewis is playing a great balancing act with all the ingredients thus far!

Kudos to this team! 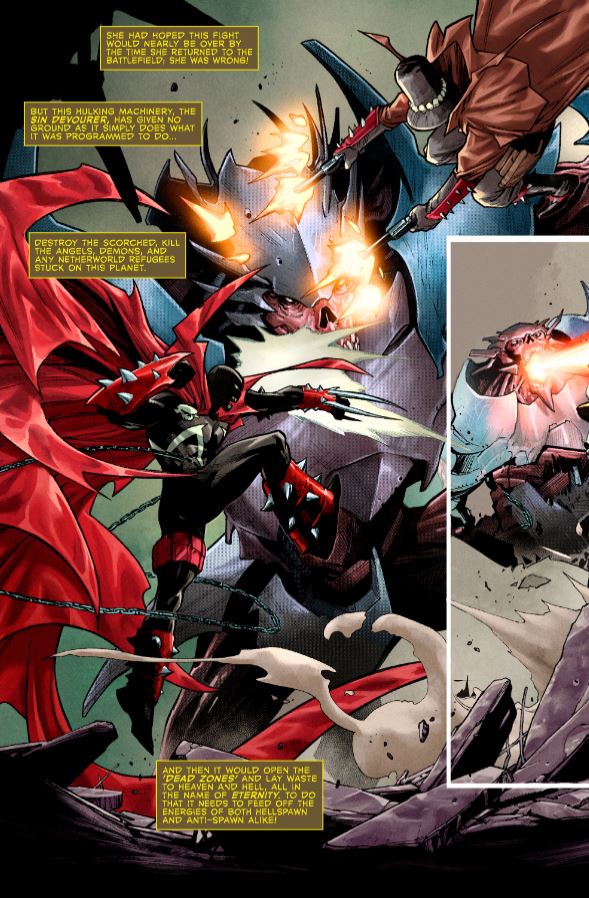 Stephen Segovia is the king of frames; battle scenes are big, lightning is crackling, and historical references are not overplayed, but layered in frames sequentially that make perfect sense. Do I wish we had the Todd McFarlane intricacy at times in this book?  Yes…

I would love for some of that to bleed through (no pun intended) as McFarlane, Capullo, and others have spoiled us with Spawn renderings. However, this all works…we just crave those chains! 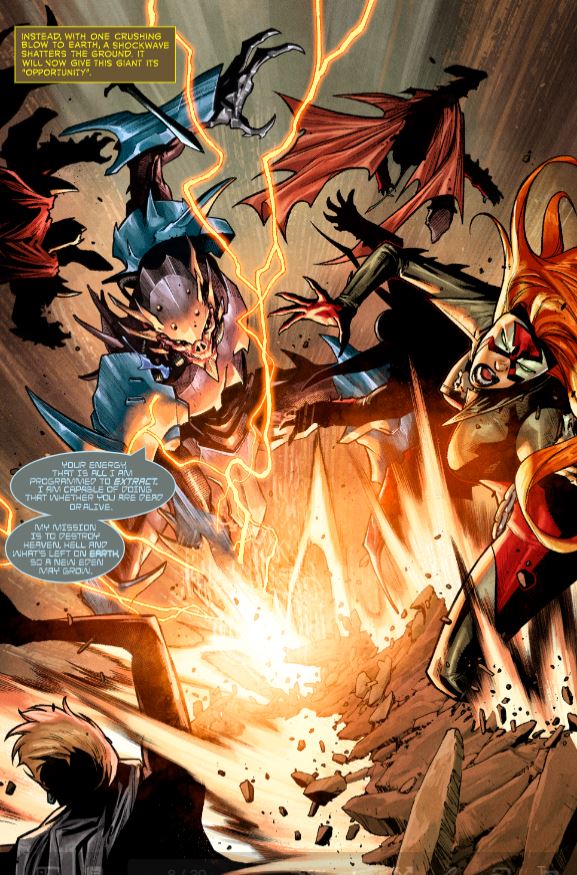 Not at all as this book is becoming a catalyst to fill in the blanks for the other three Spawn titles on the market, I especially like that She-Spawn and Haunt have found a playground within these pages. Finally, these characters do not have to bear the entire load of a comic but can play off of each other appropriately.

The Scorched #5 –  This issue provides more character enrichment to both She-Spawn as well as Haunt.  I particularly like that Al Simmons is taking more and more of a back seat within these pages as these other Scorched members need their time to shine!