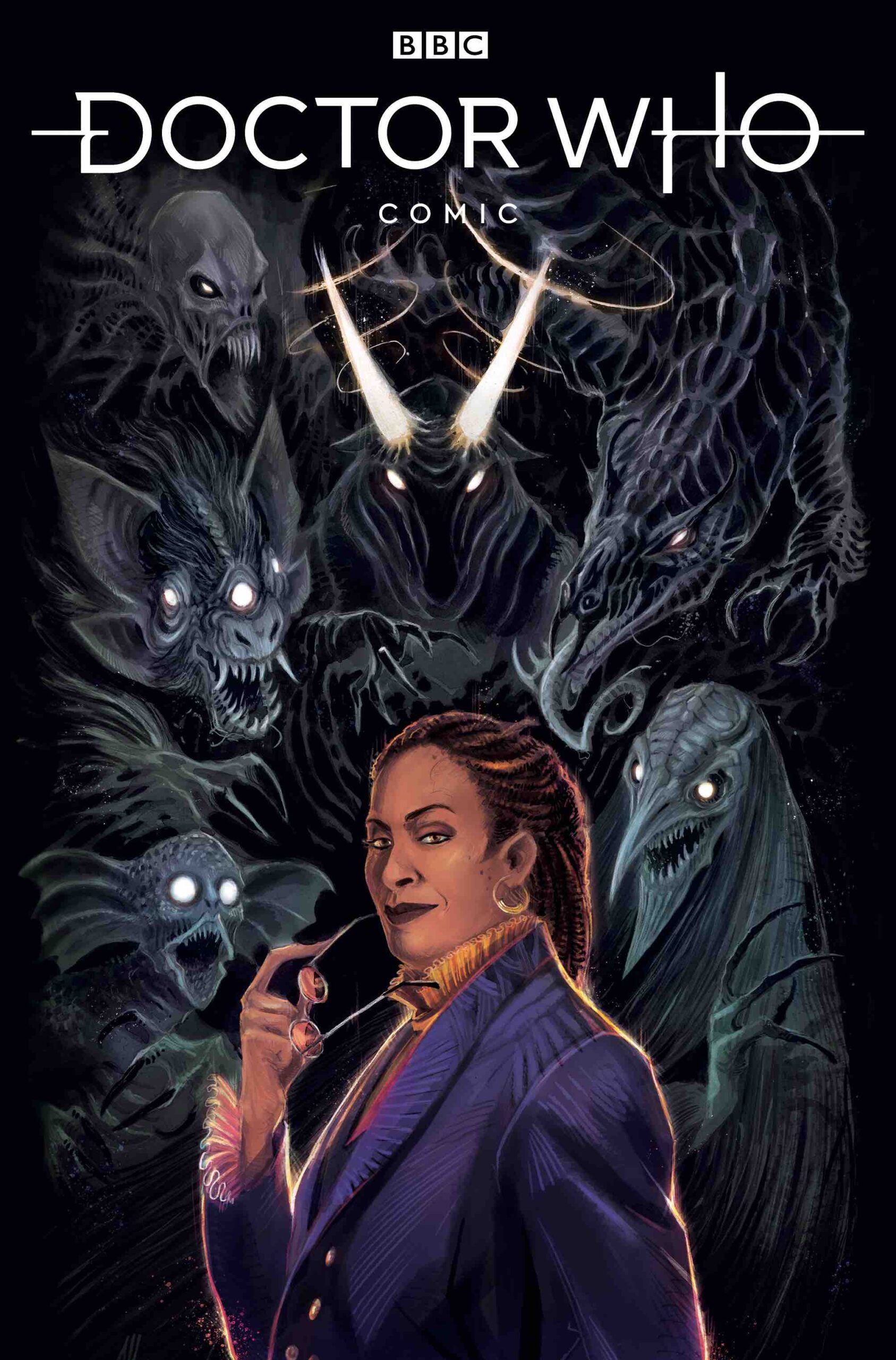 In Doctor Who: Origins #2 we learn more about the race that the Time-Lords have sent the Doctor, and new companion Taslo, to destroy. Needless to say, things are not what they seem, and the evil of the Doctor’s race is highlighted in a way not seen since classic stories like “Genesis of the Daleks”, and “The End of Time” parts one and two. 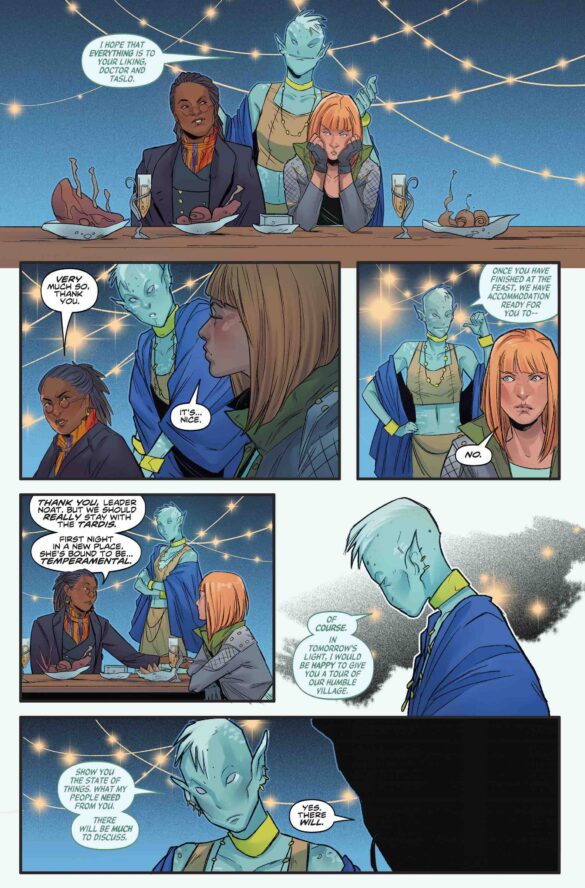 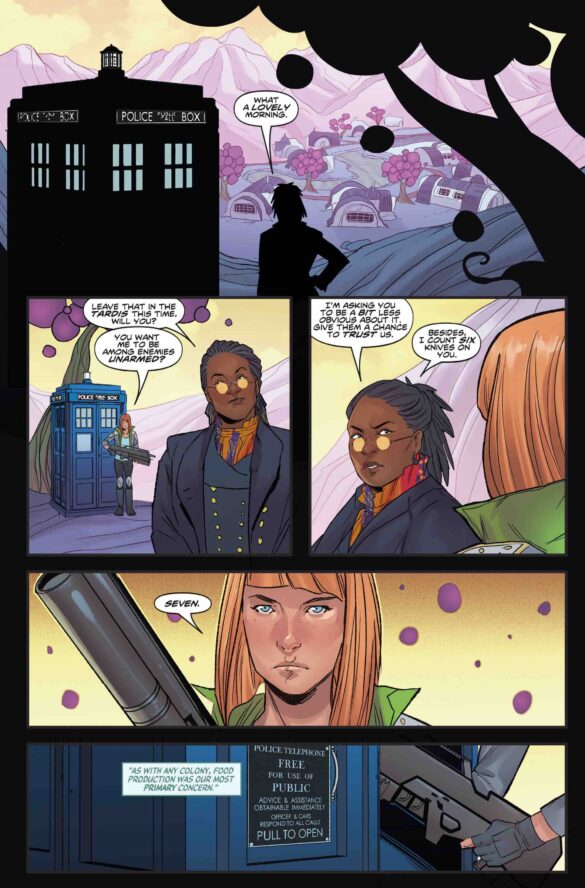 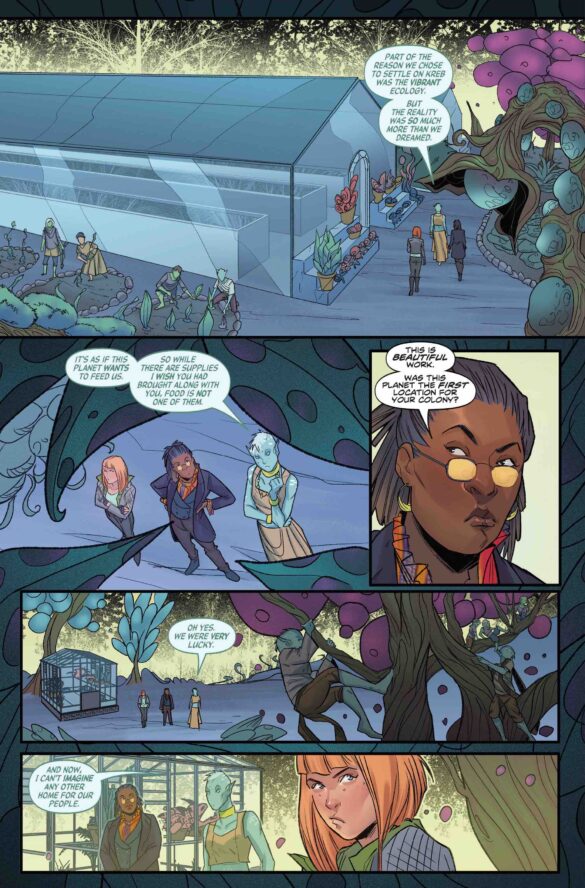 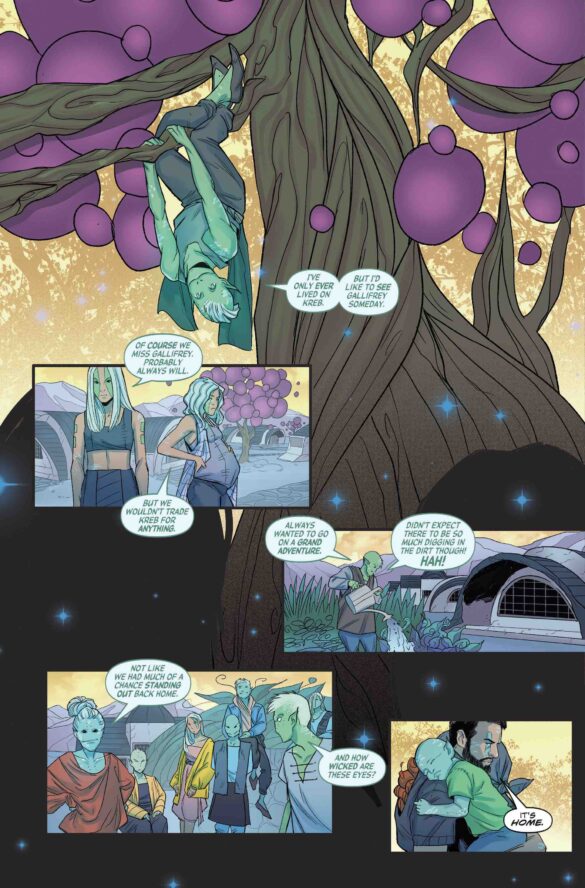 It’s extremely clear that Jody Houser knows Doctor Who; not just the character, but their history. The Time-Lords could be a force for unparalleled good, but their power, arrogance, and selfishness frequently make them more ominous and villainous than some of the enemies they encounter. Jody knows all this, so having Taslo – a misguided, military Time-Lady – as the Doctor’s companion in this story is a stroke of genius.

Warnia K. Sahadewa’s colors and the Comicraft team’s letters on this issue are as excellent as always. We get a sense of the cosmic and fantastic, even though these are some of the most human characters we’ll ever read about, even if what they look like could lead us to believe otherwise. 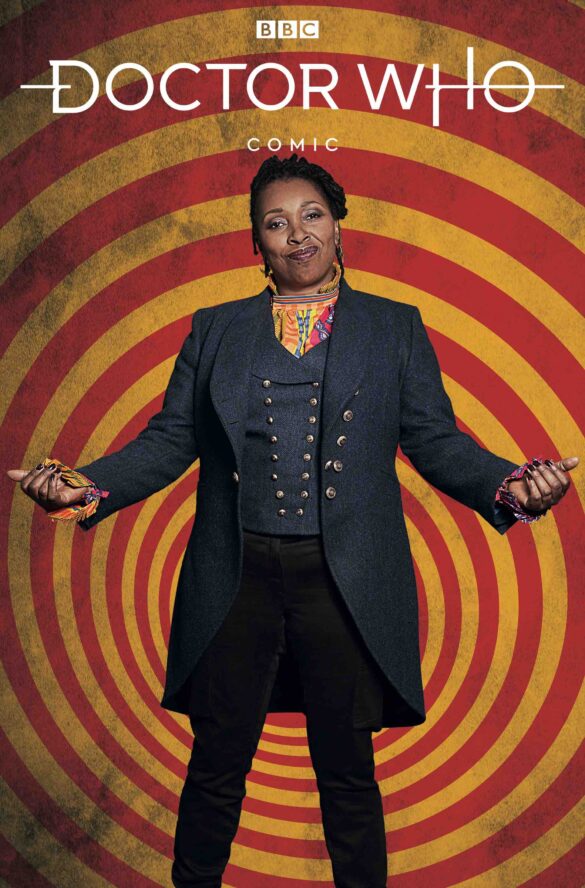 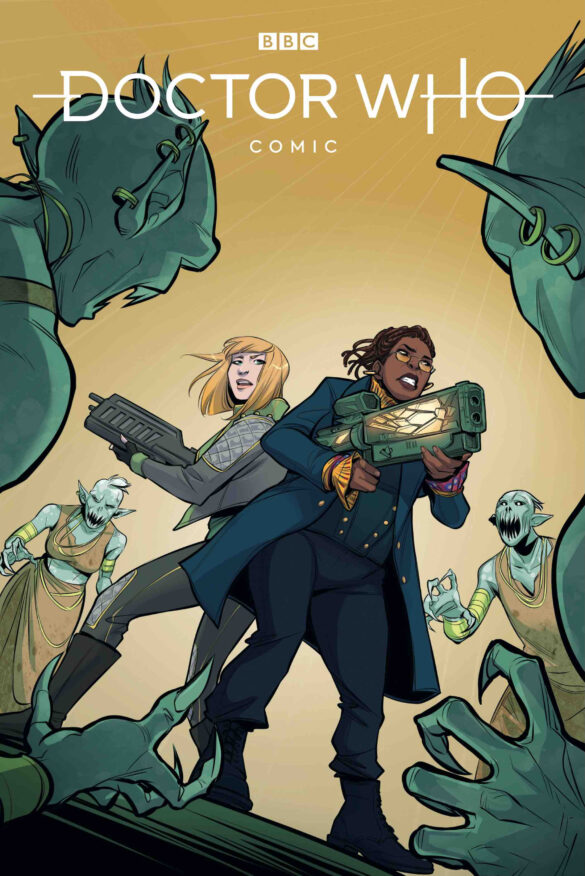 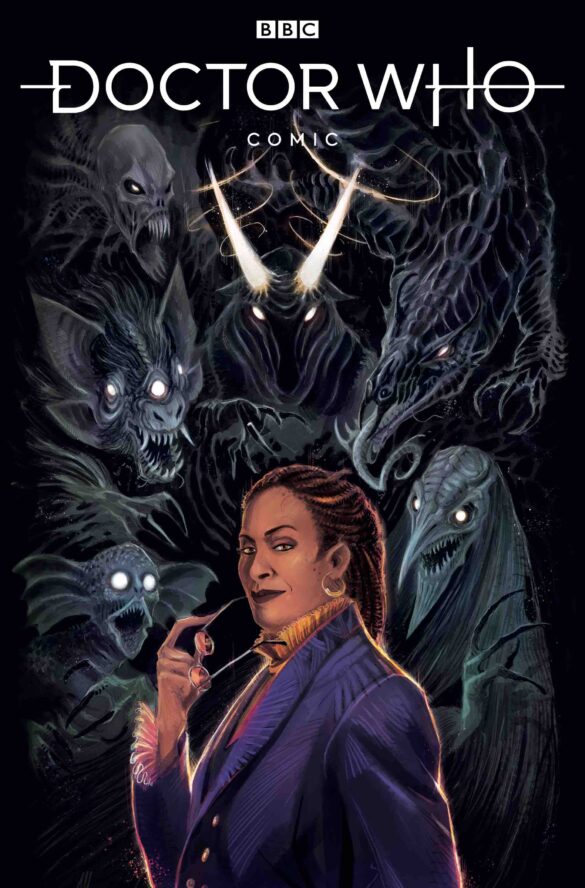 Anyone who reads my Doctor Who reviews knows that I’m a big fan of Roberta Ingranata’s work, but this issue felt a little rushed. I know that “talking heads” pages can’t be that much fun to draw, but seeing the same face seemingly copy/pasted and re-used a few times over the course of the issue was quite disappointing. Just a simple side view or zoom-in, in places, would’ve made the book more fun, both to work on and to look at.

Doctor Who: Origins #2 tells a great story that packs a real emotional punch. I love the Doctor, whatever face they’re currently wearing, and this brilliant creative team’s take on the Fugitive incarnation is hugely entertaining and utterly enthralling.

Division’s in trouble, and I can’t wait to see what these two renegade Gallifreyans will do to fight back.