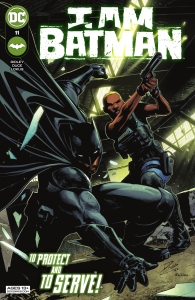 I Am Batman #11: Following the stunning conclusion of the previous issue, Jace Fox and his “task force” are upended! Taking Manray into custody could be a deadly prospect for Chubb and Whitaker;  what secrets does this mass murderer hold?

Last issue ended with Detective Chubb being forced to shoot Detective Keenan to prevent him from killing Manray after the villain had already been defeated. This leads to an Internal Affairs investigation. However, Keenan lies about what actually happened, making it a matter of his word against hers.

Interestingly enough, Chubb’s increasing alienation against the police seems to be deepening the partnership between her and Batman a bit. While she’s still overall uncomfortable with Jace, she does find herself venting to him. As she tells him, “You know what’s truly messed up? The only other person who really understands what I’m going through… is you”. And Jace does express to her his hopes that they’d “have formed at least a working relationship by now”. It may be the first small steps, but it does give some hope that Jace and Chubb might form an alliance like Bruce Wayne’s Batman and Jim Gordon.

Tamara Fox continues her recovery, as we see that she can now walk again with the aid of a cane. However, it’s her little sister Tiffany that appears most affected by Tam’s injuries. Tiff expresses her anger at her brothers. But as Tam digs deeper, it turns out Tiff’s anger is mostly directed at herself. She tells Tiff, “Luke and Jace could have done more. I could have done more”.

Tamara insists that Tiff not blame herself, but Tiff remains unconvinced. And she tells her older sister, “I’m going to make sure that what happened to you never happens to anyone else. Ever“. In Batman: Black & White #3 (2021), John Ridley wrote a Future State story showing Tiff in costume as Jace’s Robin. It looks like Ridley is laying the groundwork for Tiff taking on that role here. 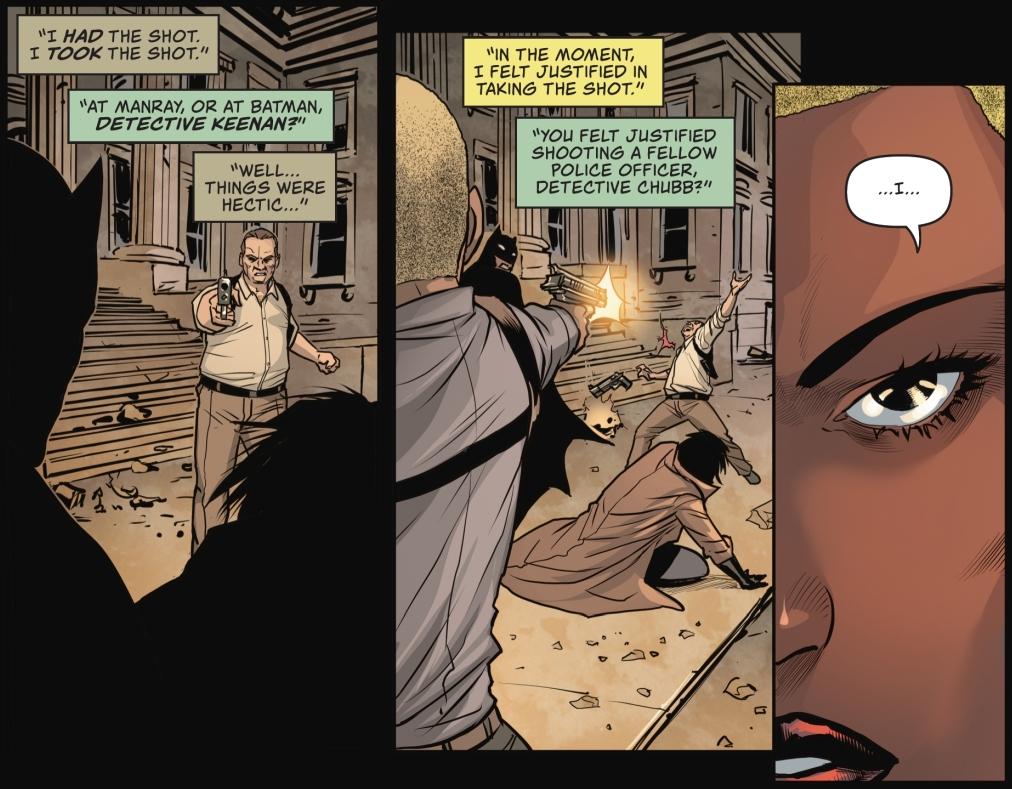 I Am Batman #11 also has Renee Montoya making a significant guest appearance that could be introducing an important change to Jace’s relationship with the NYPD. We see Renee being interviewed for the vacant position of Police Commissioner. She seems conflicted about whether to take the job. On one hand she realizes that the offer is politically motivated. The previous Commissioner was revealed as racist, sexist, and homophobic, so the mayor is “trying to virtue signal by offering the position of Commissioner to a queer, female-representing Latinx”.

On the other hand, she states “maybe, I’ve gone as far as I can in Gotham”. I think it boils down to what Chip Zdarsky and Ram V. have planned in Batman and Detective Comics. If they don’t want to continue with Montoya as Commissioner in Gotham, then Ridley will be free to incorporate her into the supporting cast of I Am Batman.

And she’s likely to prove an ally to Jace, considering that she’s already used to working with the Bat-Family. Plus, she has her own heroic alter-ego. And speaking of which, she comes to Jace as the Question to ask for help in solving a mystery: “Who really murdered Anarky?”. Renee’s had to take a break from being the Question due to her duties as Commissioner, so it’s good to see her back in action. But is she going to stay active in the role, or is it only temporary?

Chubb isn’t happy about the possibility of Renee taking the Commissioner job. She complains to her partner Whitaker, “I get dumped in New York, then Batman chases me out here, Now Montoya… I’m telling you: [censored] follows”. Whitaker also reminds her that he followed her out to New York. Also, we know that Jace’s mother and sisters moved with him to the Big Apple, as well as Vol and Hadiyah. It seems awfully convenient how much of Gotham has moved to New York along with Jace.

However, it is understandable given the situation that Ridley is dealing with. He’s moved the title’s setting now that it’s become clear that it’s set in the present and not a future Gotham where Bruce is absent from the story. But Ridley is trying to salvage the basic framework he set up in Gotham for the title. And while it seems like a lot of coincidence, it’s mostly necessary. And Ridley is attempting to do it in an organic fashion, with each character having their own reasons for making the move. So, I think we can give him a pass. It strains the story’s believability, but doesn’t break it. 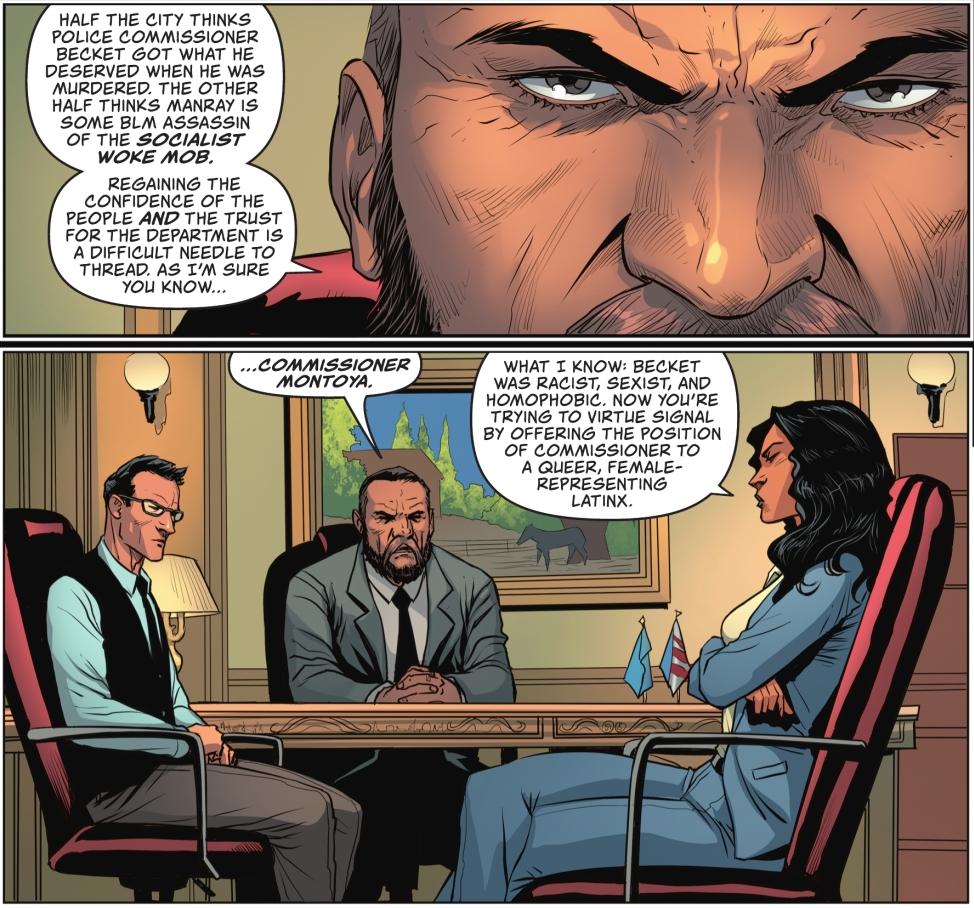 While I originally had some doubts about a new Batman, John Ridley’s is pulling it off so far. I still doubt that Jace would succeed as a replacement for Bruce Wayne, but Ridley is proving that he can succeed as his own Batman. Ridley has managed to take an unlikely premise and is building a fascinating new take on the Batman legend from it.

Harley And Ivy Have Big Plans For Gotham in Season 3 Trailer!