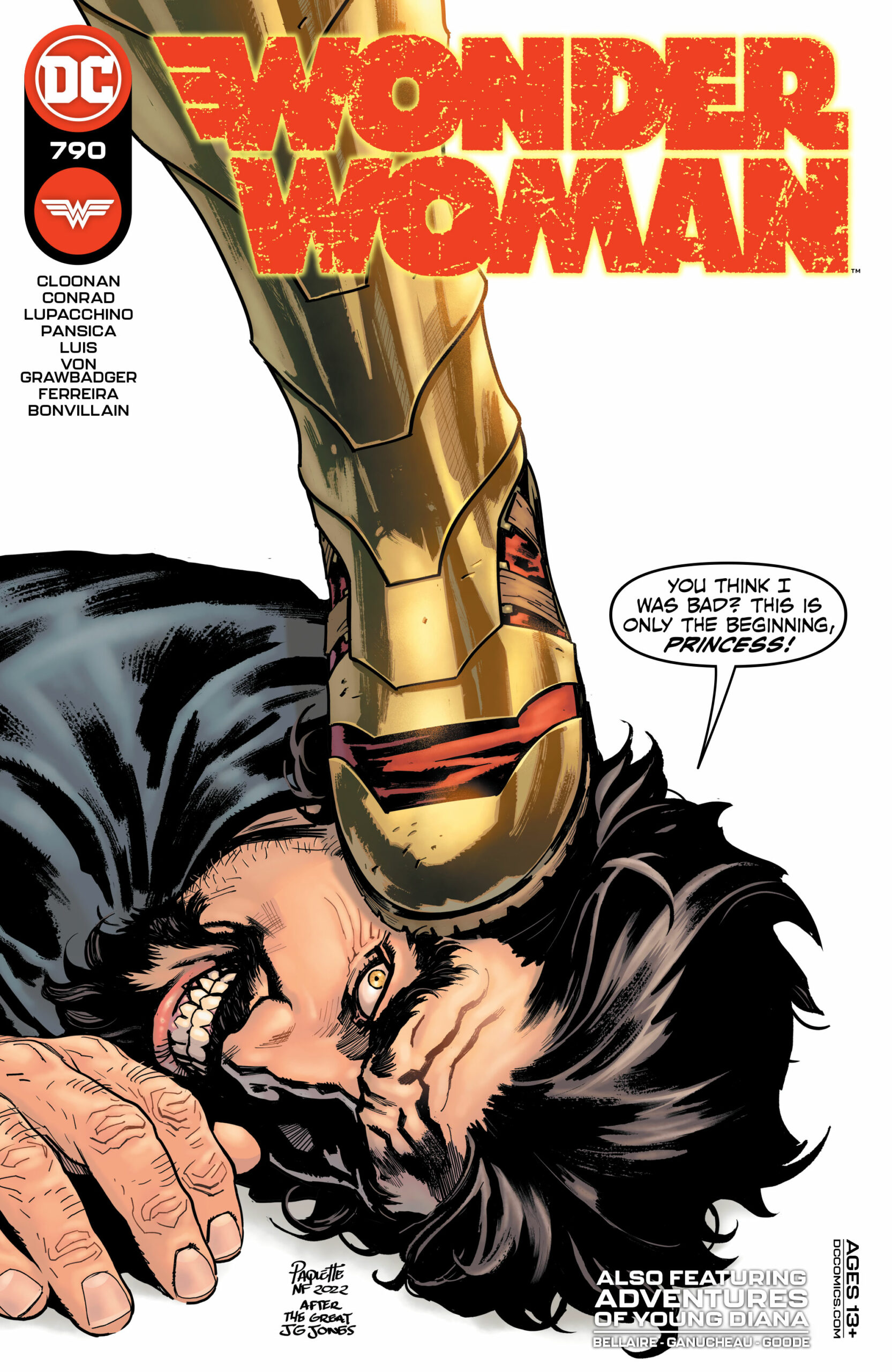 It’s the final showdown (this time around) between Wonder Woman and Dr. Psycho and Villainy, Inc.  How do Etta, Steve and Sigfried do against Dr. Poison and Dr. Calculus?

I could start at the beginning, or at the end, but instead I’m taking a step back and looking at the big picture.  This is the finale of the current story arc in Wonder Woman #790.  However, Michael W. Conrad and Becky Cloonan aren’t writing simply defined ready-for-the-trade stories.  Even in “Afterworlds,” there were smaller arcs that encompassed the larger tale.  This issue ends with two reveals, both equally exciting.  One however, plays to what I’m talking about.  We’ve seen Cizko talking to a “boss” about his plans and asking for help in previous issues of this arc.  Well, the reveal is a doozy, but more importantly, we can see how Cloonan and Conrad have seeded the story with a subplot that rolls right into the next story, or perhaps even simmers for another arc in the background.  Either way, it’s a more sophisticated way of writing comics that is a throwback to the 70’s and 80’s.  More comic writers need to take this approach.  Not everything has to be easily cut apart for a trade paperback.  There are numerous epic runs from the Bronze Age of Comics that flow over months and even years seamlessly as one large story.  It’s a gift to the long-term reader that pays off in the end.  In this issue we even get a mention by Diana herself when she references what’s going on with her since her “death” in Death Metal.

More specific to Wonder Woman #790, one gets the sense that Conrad and Cloonan are really building up Wonder Woman’s world and cast.  Other Wonder Woman writers have done the same thing with memorable results, George Perez in the 80’s springs to mind first.  We’ve got an intriguing  assortment of heroes and villains now operating  that are mostly dawn from Diana’s Golden Age past.  This leads to the reveal at the end as Diana steps into her living room to greet her friends as well…Diana Prince!  She hasn’t used that identity in quite a while, complete with late 60’s white jumpsuit inspired attire.  Brining back Diana Prince as a usable secret identity is the reintroduction of not only a Golden Age concept, but an iconic Wonder Woman aspect.  It’s not like Clark, Bruce and Wonder Woman are going to meet for coffee, but Diana Prince might be able to join the two without drawing a crowd! 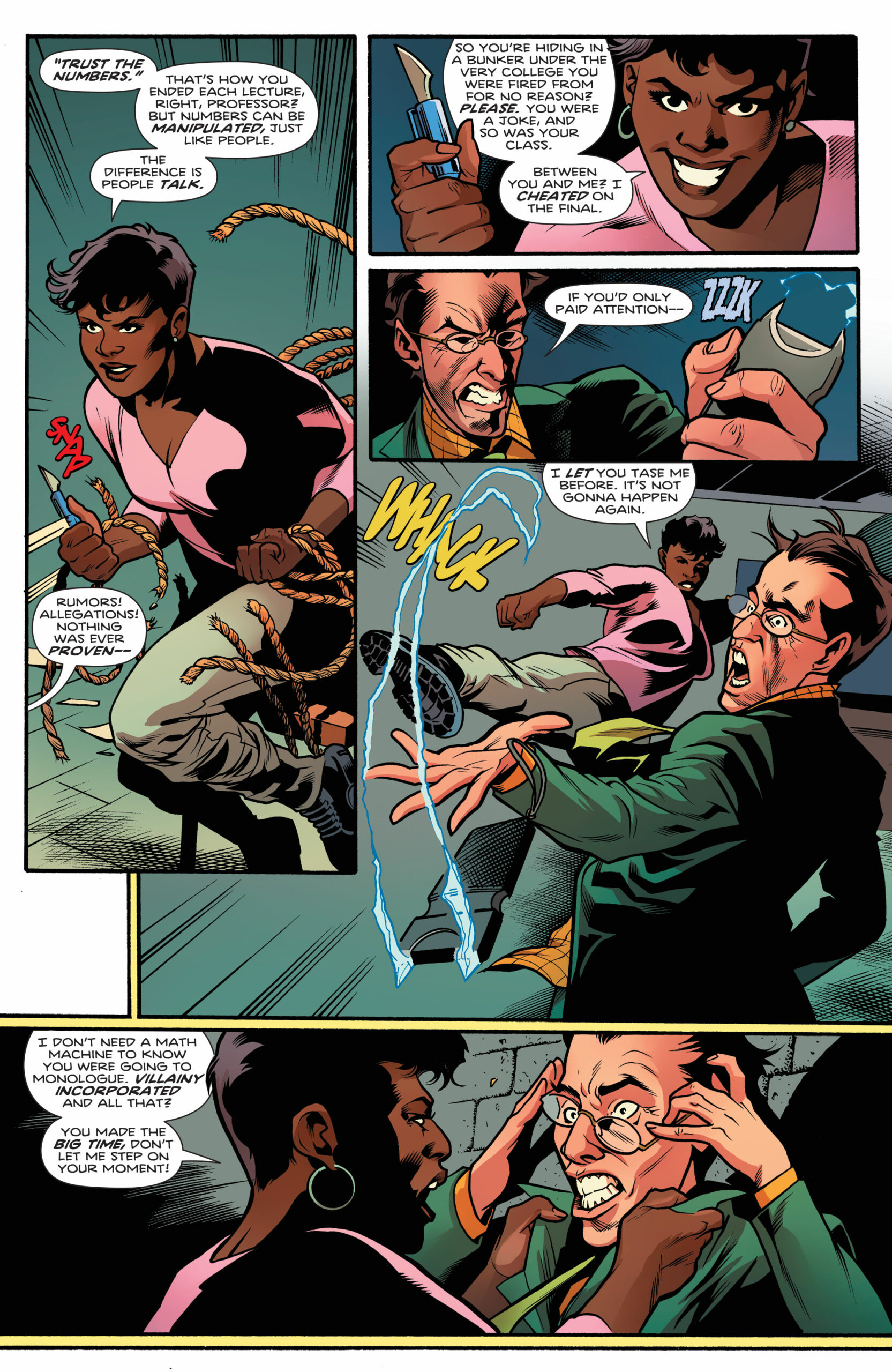 It doesn’t end there, though as we go back to the beginning and see Holliday College on page 1.  Etta and Holliday College and her friends from college known as the Holliday Girls were a staple of the Golden Age comics.  One might think that modern Etta is updated to “bad ass” status as a modern interpretation of the characters, but one would be wrong.  Etta and the Holliday Girls were always bad ass and effective.  The modern aspect of Etta’s iteration are her race, sexual orientation and job.  It’s always a positive when writers can bring original elements of a series back to significance.

In ‘The Adventures of Young Diana,” we’ve seen how Diana is developing into the character we will know as Wonder Woman.  While the series has focused on Diana’s complex relationship with her mother and the rebellious nature of children.  This issue sees more focus on Hippolyta and what’s happened in the past with Antiope.  Presumably, we will get a closer look at what’s happened and it will shed some light on why Hippolyta is the way she is. 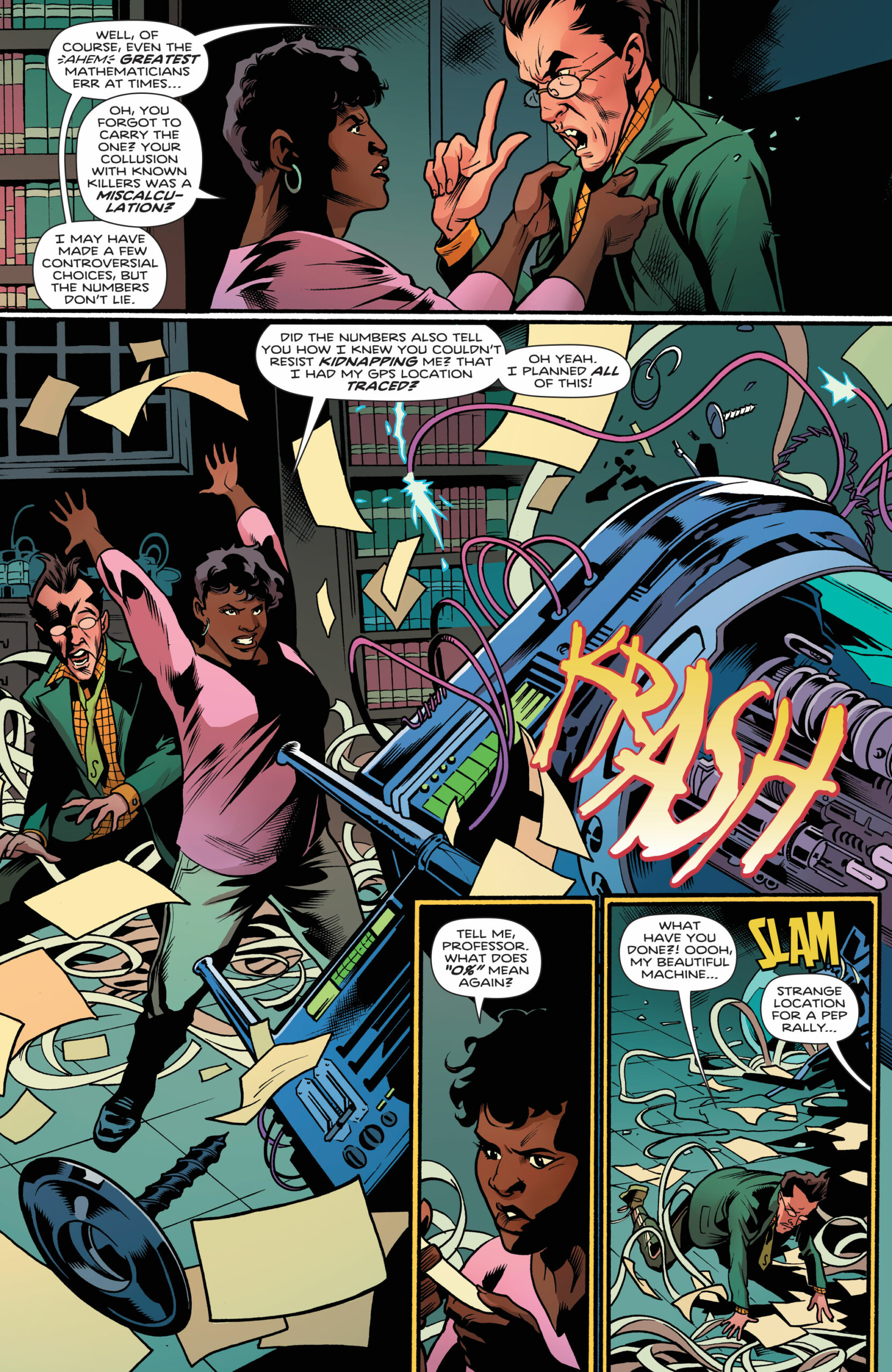 If there’s a real negative for Wonder Woman #790, it’s that this finale feels a little rushed.  It’s hard to tell if it’s due to the month in between reading issues, or the arc is still suffering some hangover from the insertion of “Trial of the Amazons” into the middle of this arc.

There’s was some really nice work done with Wonder Woman’s doppelganger from the mirror world, and it was a bit disappointing to see her meet her fate.  Perhaps, we’re not done with her, but it seems like there’s a missed opportunity to explore some metaphysical topics through her, what is life?  What is a soul?  What is identity? 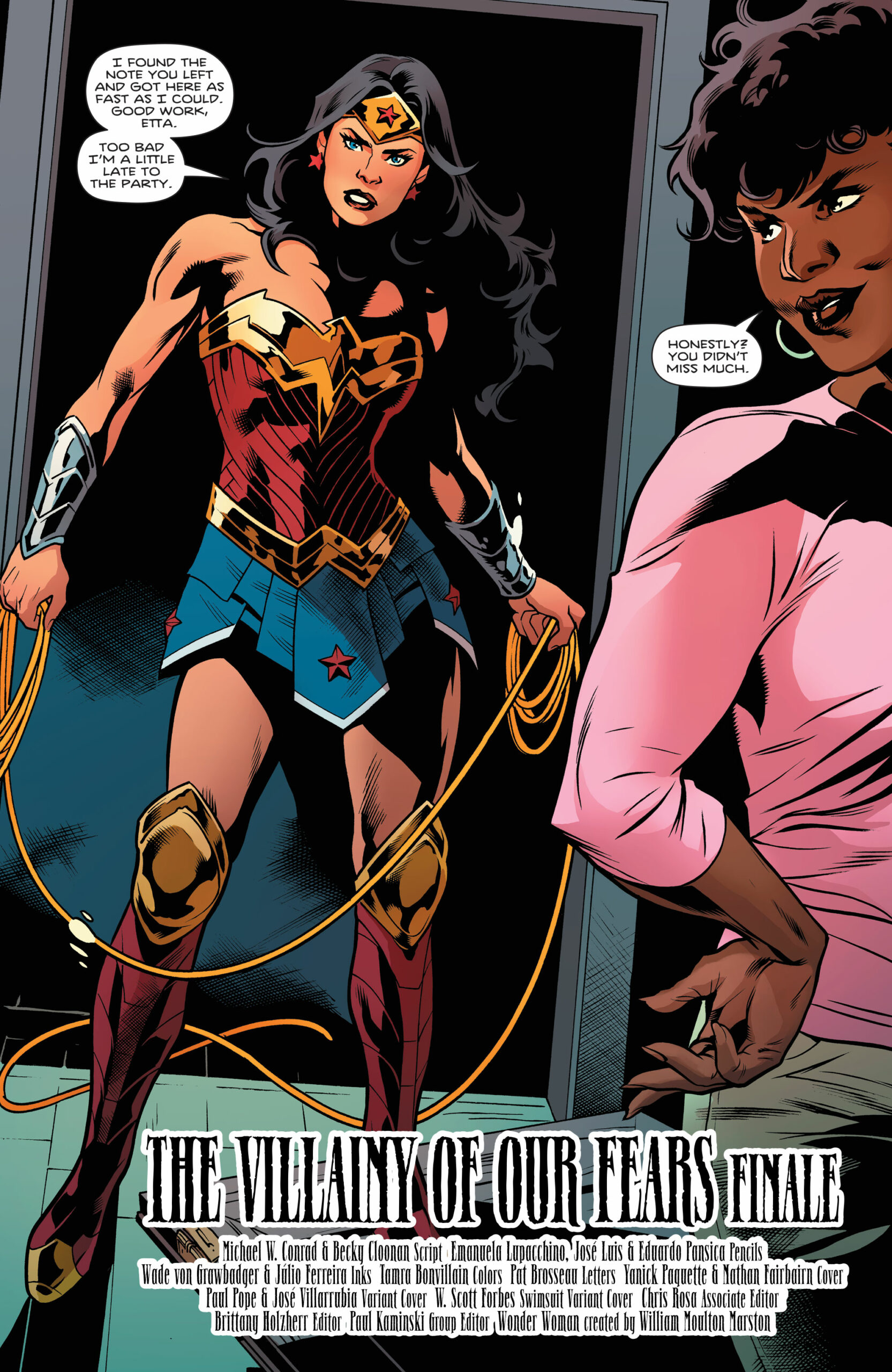 Wonder Woman #790 is yet again, another thoroughly enjoyable comic book.  I must confess to head scratching at the criticism levied at this series.  I can only imagine that those who aren’t enjoying it just aren’t on the same page.  The series is blending elements from Diana’s many eras quite well into something all its own.  Something special is going on in Wonder Woman.  You should check it out.