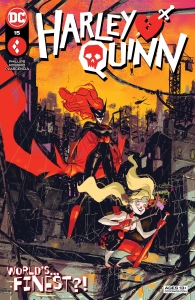 Harley Quinn #15: They really tried to throw me in prison for somethin’ I didn’t do! I mean, this time I didn’t do anything. In the past, I did things. Lots of things…But that’s not the point. The point is, I’m innocent! It’s a frame job, I tell ya! The only way out of this is to catch the real culprit, and for that I need Batwoman. Seriously, who doesn’t need Batwoman? The skintight suit, mucho muscles, and that hair! Anyways, Batwoman’s in this one, and we might finally reveal Verdict’s true identity! Will the mystery be solved in time to save my good name? DUN DUN DUN!

Harley Quinn #15 opens with Officer Shaw looking into the murders that Verdict has framed Harley for committing. She finds that not only is there plenty of evidence to pin the killings on Harley, but there is an extremely suspicious overabundance of evidence. However, Detective Hudson steps in to put an end to Shaw’s investigations, firmly declaring the case closed.

This would imply that Hudson has some interest in making sure Harley gets the rap for the killings – but why? Does he have some sort of vendetta against Harley Quinn? Perhaps he is protecting Verdict, or does he have some other ulterior motive that we are unaware of at this point? Whatever the case, it appears that Detective Hudson does not have Harley’s best interests in mind.

But Officer Shaw seems somewhat doubtful about Harley’s guilt. Batwoman manages to negotiate a truce with her. Instead of arresting Harley, Shaw assists them in attempting to capture Verdict. It looks like Shaw might become an ally for Harley in the near future. And she certainly can use some friends in the GCPD.

Also in this issue, Kevin learns that his girlfriend Sam is really Verdict. This is sure to put Kevin’s loyalty to Harley to the test. Will Kevin stay true to Harley or side with the woman he loves? This revelation also raises some questions about their relationship. Was she using Kevin as a way to get to Harley? Or does she actually love him? Or could it be both? In the first case, their relationship is a sham and Kevin will be heartbroken. But if she does love Kevin, is their any hope for them after all she has done?

Riley Rossmo’s art has really grown on me over the course of this series. It’s admirably suited to this particular title, as it reflects Harley’s rather off-kilter view of reality. I’m not sure it would work well on another, more grounded title, but it’s perfect for Harley Quinn. And it does have an offbeat beauty of its own that I have come to appreciate over the run of this title. 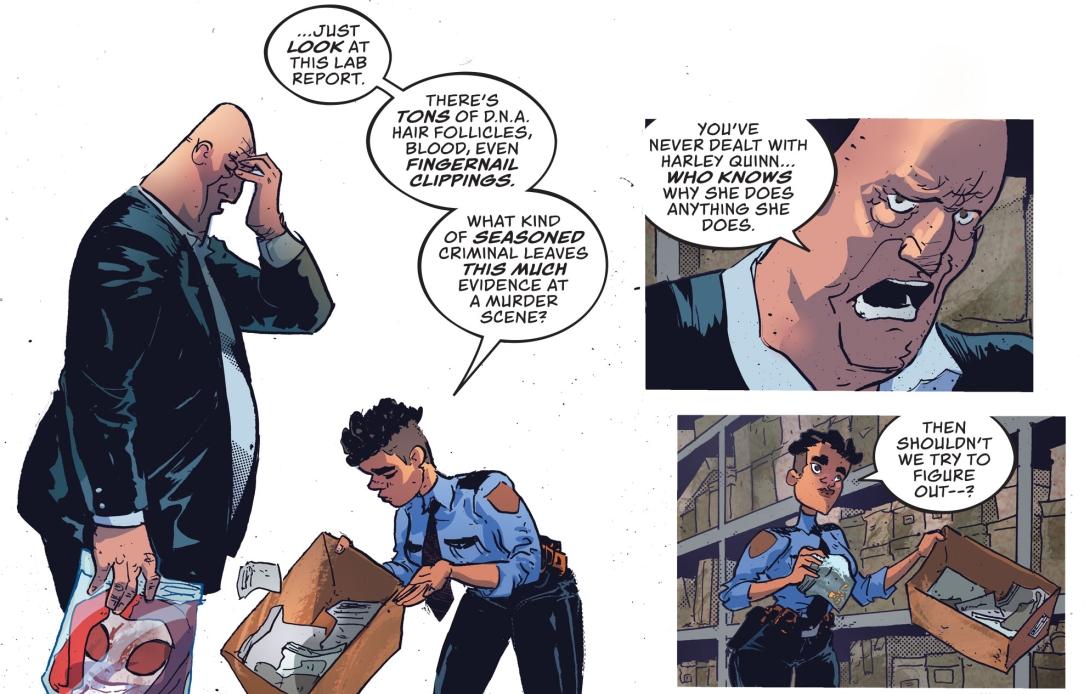 I don’t really have much to complain about Harley Quinn #19. But I realize this is the kind of series that some might not be able to get into. But I believe that those who have a warped sense of humour would absolutely adore this title. Unfortunately, that does tend to narrow the audience some, cutting out those who just don’t get the joke. 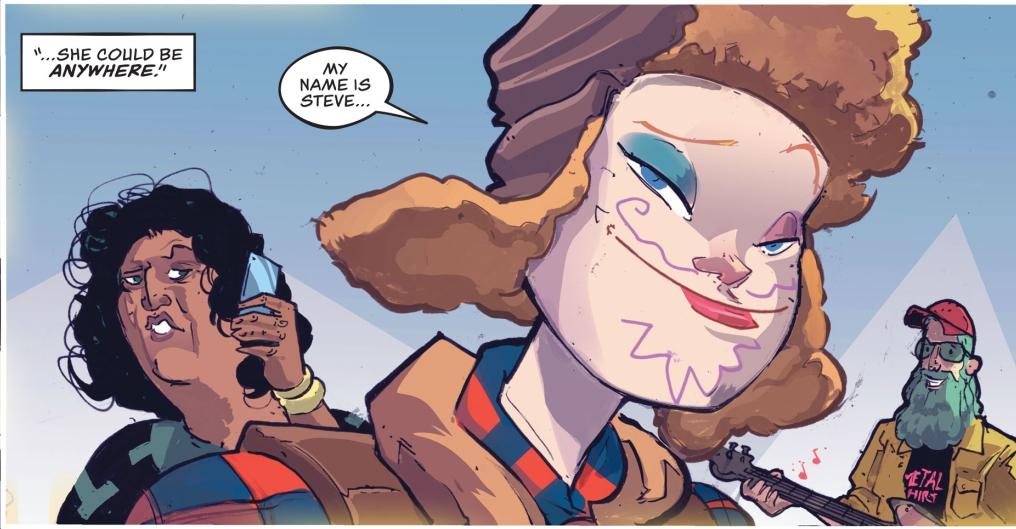 I still find it surprising that a Harley Quinn title has become one of my favorite books. but Stephanie Phillips has managed to keep me coming back each month, eager to see what Harley’s up to in each new issue.  I have a special place in my heart for comics that are fun, and Phillips’ Harley Quinn is definitely a hell of a lot of fun.