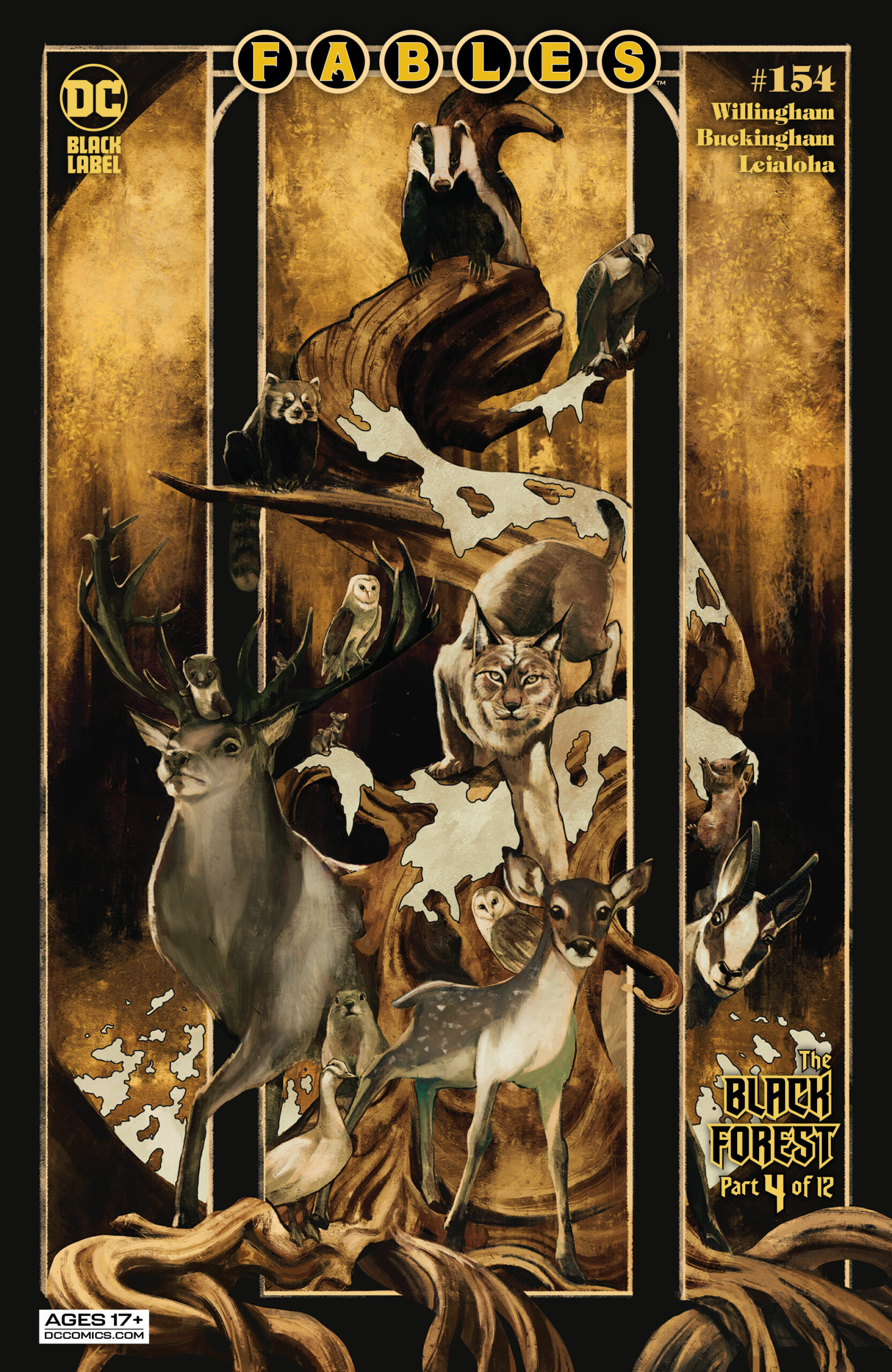 Chapter Four: In which adventures are had, and quests are begun.

Fables #154 is another perfect example of why this series is so entertaining and executed at a high level.  I could go on about the minutiae and detail in Mark Buckingham’s art or the creative script by Willingham.  First, however, I’ll touch on a couple of the broad strokes.  One must understand that Buckingham has developed the look for this series over so many issues that he quite literally can do no wrong.  While Lan Medina was the original artist on the series, Buckingham has made this his own.  One has to understand that when reading an issue of Fables drawn by Buckingham and inked by Steve Leialoha (what a team!) it’s going to be perfect.  It’s equivalent of slipping into a favorite shirt of which one never grows tired. 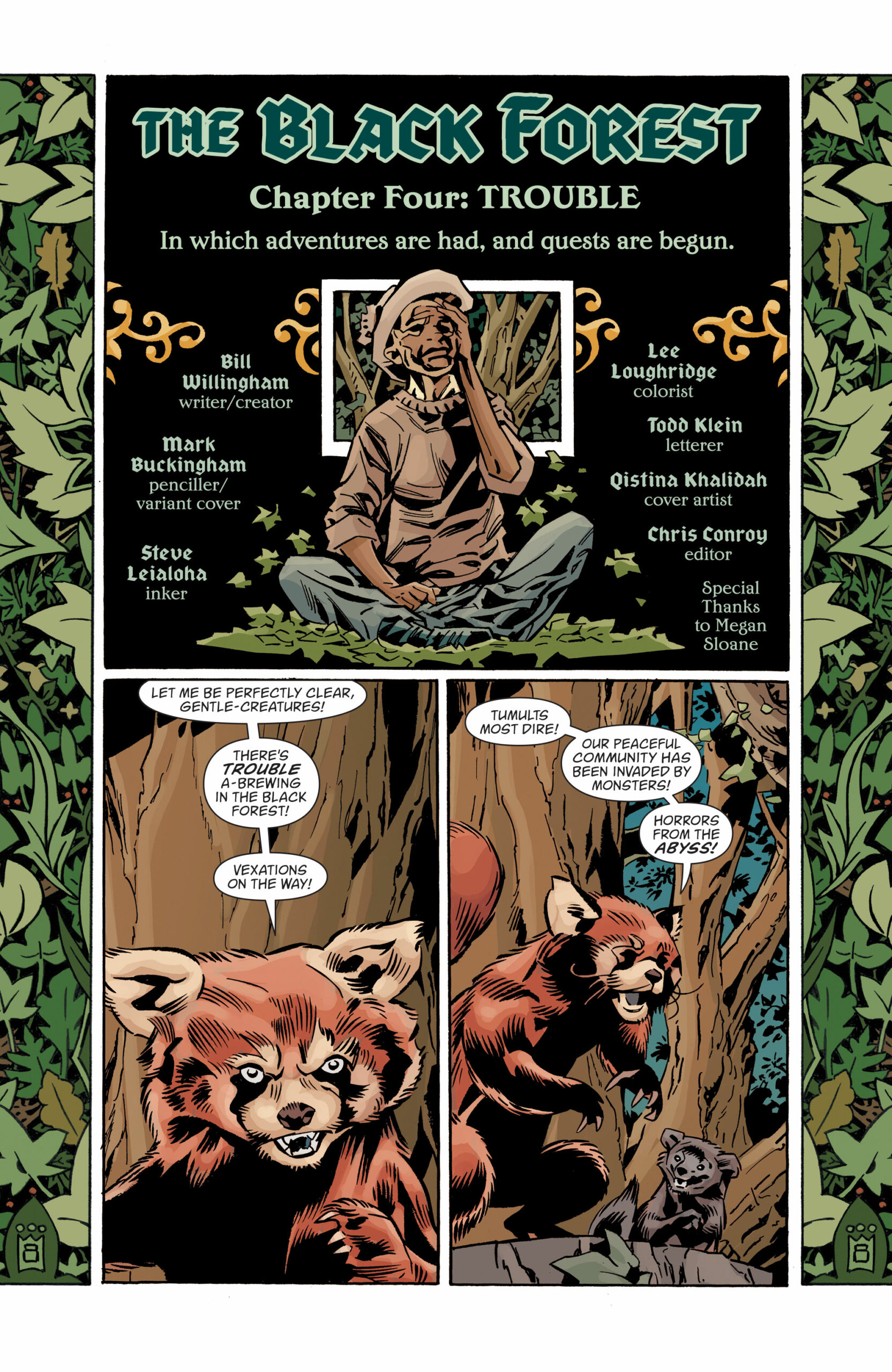 Bill Willingham, being the creator, obviously knows this world and how it works.  However, it’s the surprises that make a reader sit up and take notice.  It’s these things that elevate Fables.  There’s one big change of direction for one of the Wolf children in Fables #154 and it reframes things wonderfully.  Without spoiling it, I’ll just say that what was perilous and dramatic has not become humorous, insightful and dramatic in a completely different way.  It’s the perfect kind of surprise.  Like Willingham, we should step back a moment and see that this issue begins to address a broader perspective of the Black Forest.  This story arc is title “The Black Forest” and we get to see an “everyman’s” er, uh…”everyanimal’s” take on the things that are all transpiring in said forest. 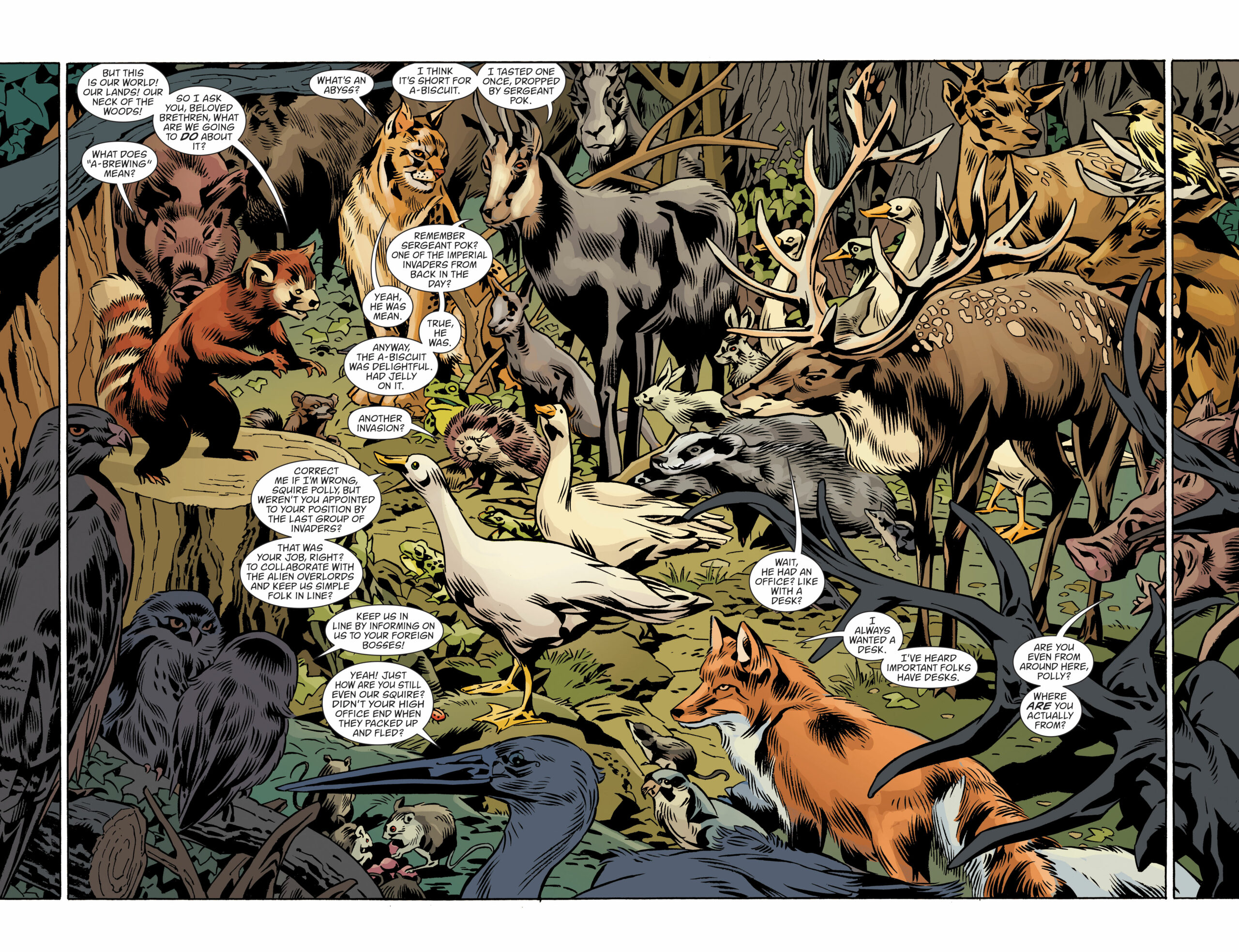 Additionally, Willingham moves us forward with Jack-in-the-Green as she “makes things up as she goes along” learning about her powers.  Who knew one could do that?  Willingham did!  Again, not spoiling where she ends up at the end of the issue, but it definitely wasn’t where I expected, yet it proves to be interesting and in keeping with the elements that make Fables what it is.  Buckingham’s depiction of Jack in these final panels show an introspective and sensitive character.  Her personality and complexity is evident as she exhorts the tree branches to take her and Mrs. Bear to “where the greatest danger to the forest lies.”  Buckingham is simply outstanding. 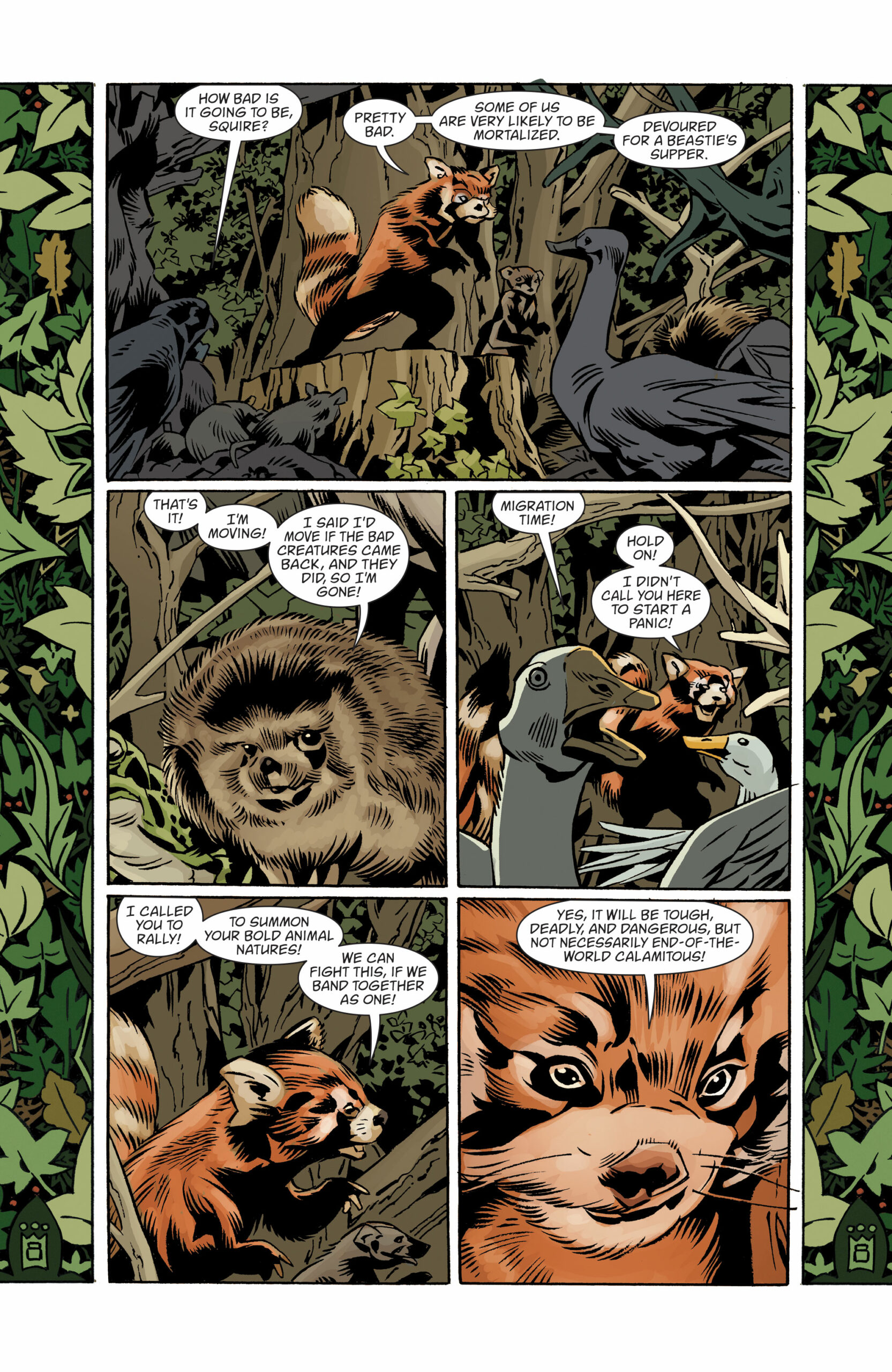 I don’t think I’ve ever read an issue of Fables that had a negative.  Simple as that.  This issue is no different.

In a 12-issue story arc, some of the middle chapters can get bogged down.  With chapter 4 of “The Black Forest,” Fables #154 is the opposite.  The first three issues set us up with the characters and this issue sends the Wolf children and the new Jack-in-the-Green on their (mostly) merry way.  We know something terrible and dangerous is just around the corner (but, which corner?!), but that doesn’t mean we can’t have fun!  As always, Buckingham, Leialoha and Loughridge bring Willingham’s script to life, imbuing the characters themselves with life.