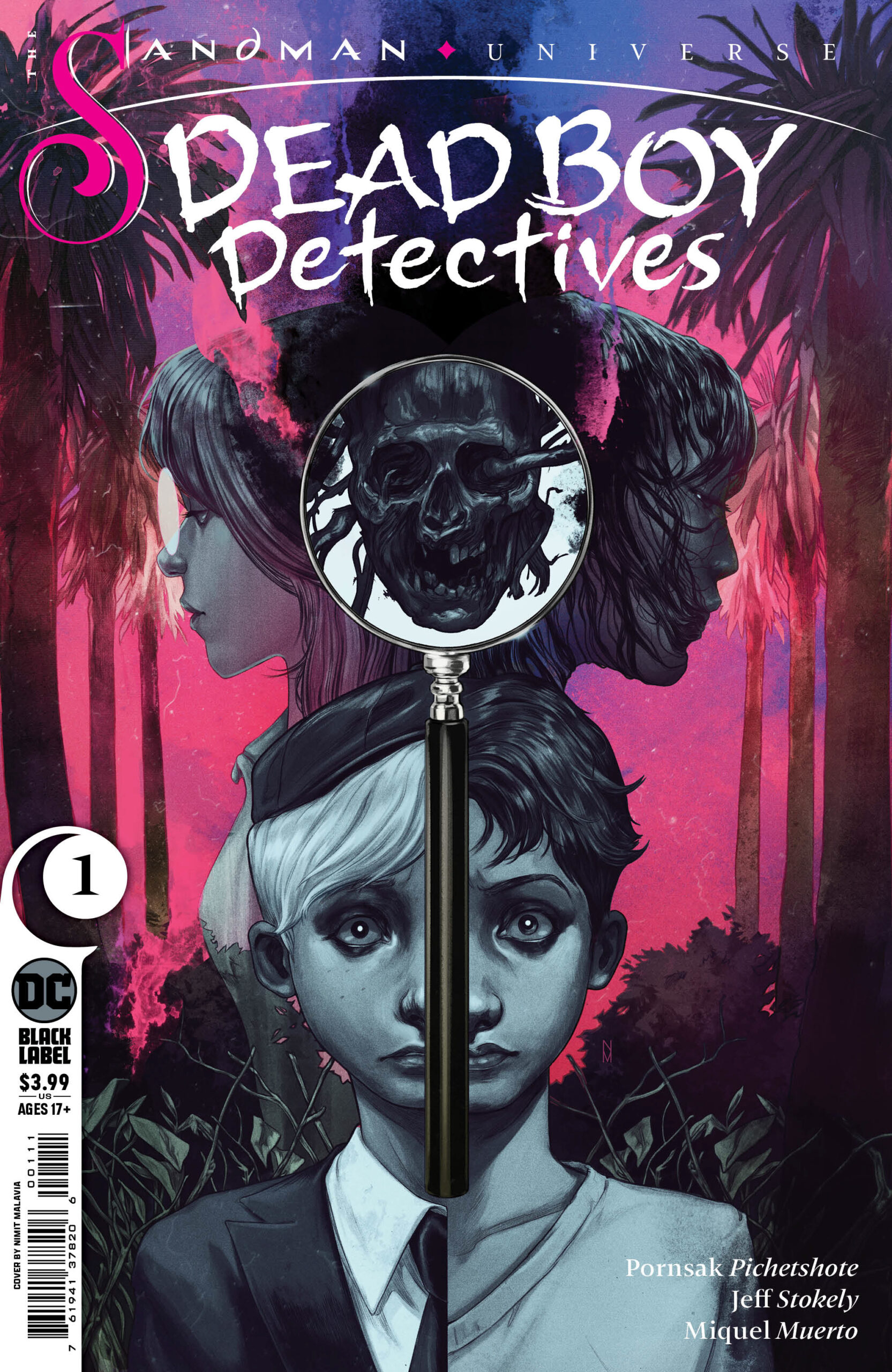 Sandman Universe: Dead Boy Detectives #1 is finally here, and Charles and Edwin are back! Who? you may ask. Worry not, dear reader, I’ll have you caught up before you can say, “Sandman Universe”.

Charles Rowland and Edwin Paine first appeared in the now-classic The Sandman #25 (April 1991). They were created by Neil Gaiman, Matt Wagner, and Malcolm Jones III during the brilliant “Season of Mists” story arc (Volume 4 of the Sandman graphic novels series, which is reprinted in Book Two of the lovely new set of collected editions). 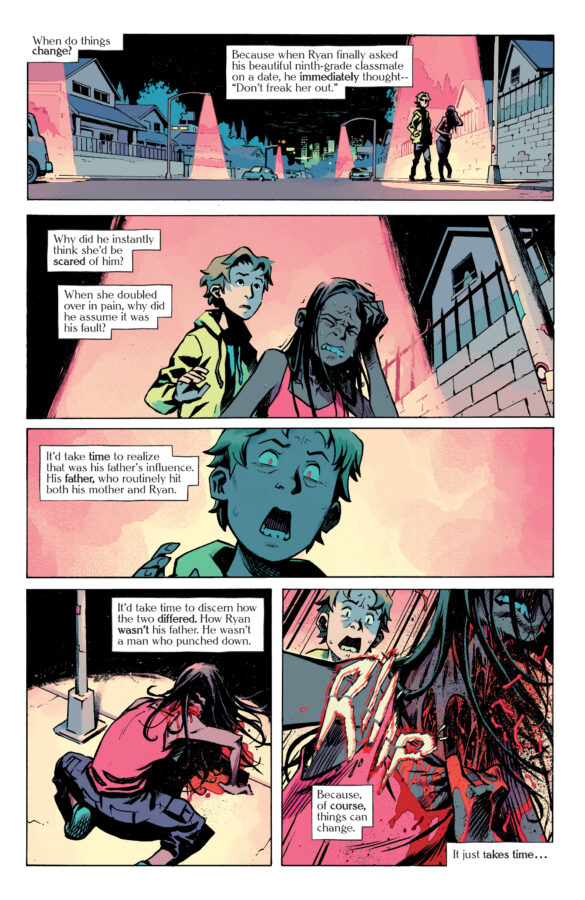 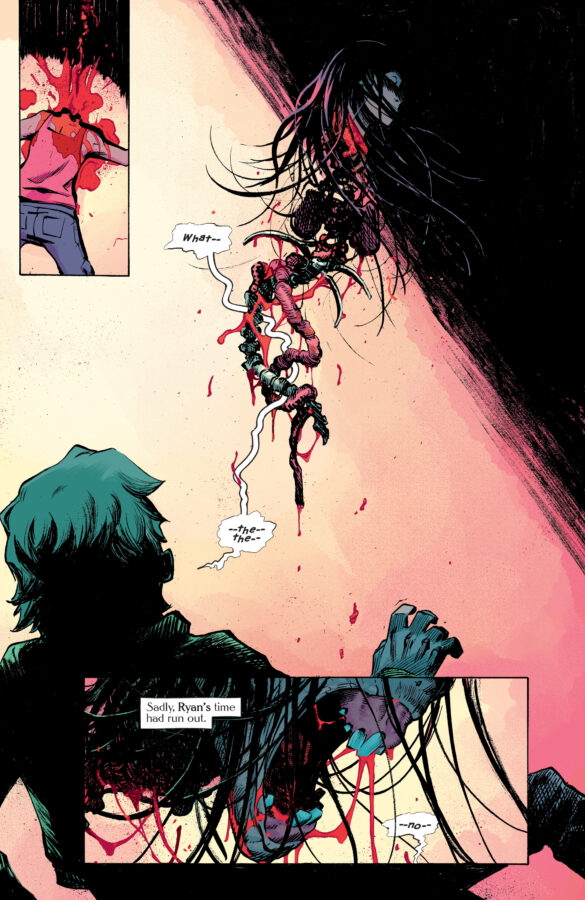 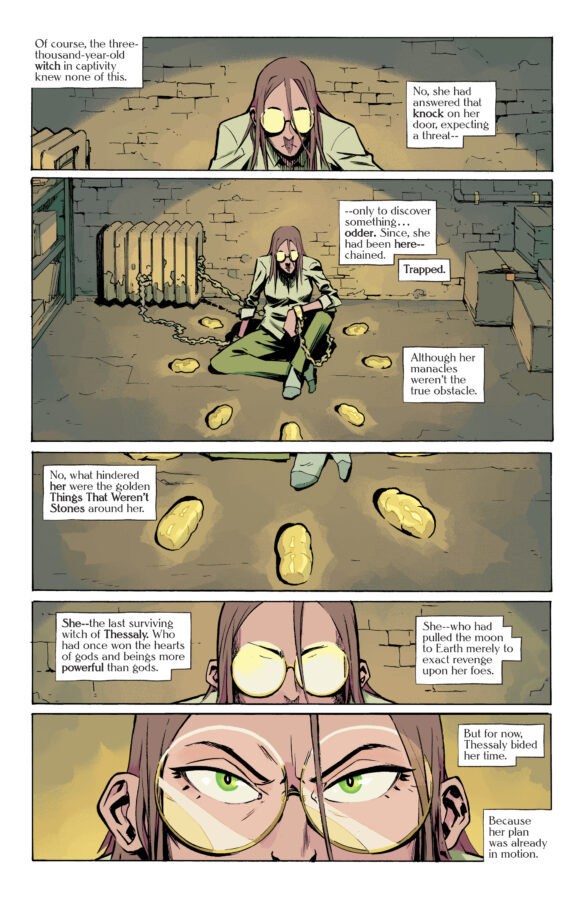 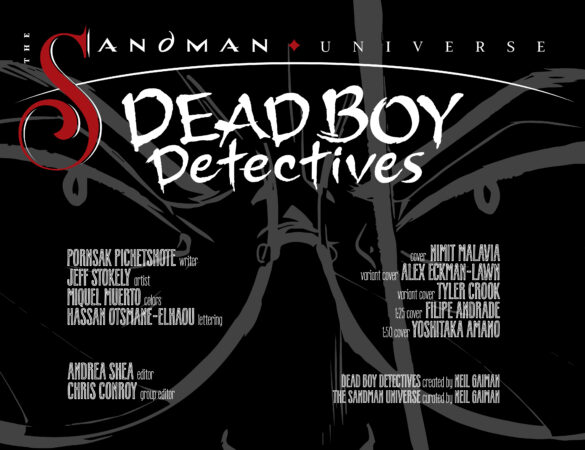 This vintage tale saw Lucifer give up his throne and relinquish the key to the gates of hell. The underworld was then emptied and the dead once again roamed the Earth. Death of the Endless had a tough time rounding up the denizens of hell and both Charles and Edwin, rather than move on, decided to stay on Earth and solve supernatural crimes.

A lot more has happened in one-shots, crossovers, a mini-series, as well as in an ongoing Dead Boy Detectives series, over the years, but that’s all everyone needs to know, in a nutshell. Oh, and the characters have appeared in the  HBO Max series Doom Patrol too.

Well, issue #1 has left me very happy indeed. If you’ve been reading this title’s companion series, Sandman Universe: Nightmare Country, you’ll know that it ended in a cliffhanger. This issue follows on directly, making the two titles feel almost like one. Another Sandman character, the witch Thessaly, starred in Nightmare Country #6, and it seems like she’ll have a part to play in this series, too.

Writer, Pornsak Pichetshote, is weaving a tale of horror and dark magic that gripped me from page one. His use of Thai folklore and legend is fascinating and engaging. His resumé speaks for itself, as he’s written Swamp Thing stories for DC, TV’s Cloak & Dagger for Marvel, and many other horror comics and books. As a writer of Thai-American heritage, his insight into Asian supernatural lore is refreshing and intriguing.

The art by Jeff Stokely and Miquel Muerto is lovely. The characters and colors are quite bright and punchy, and even though the visuals are quite cartoony this makes the grotesquery of the gore and horror that much more powerful. This story’s brand new, yet looks and feels like it would fit in my 1990s Sandman library effortlessly.

Hassan Otsmane-Elhaou has already impressed me with his excellent work on Sword Of Azrael, so I knew the lettering on this book would be great too. Yay, me… I was right! 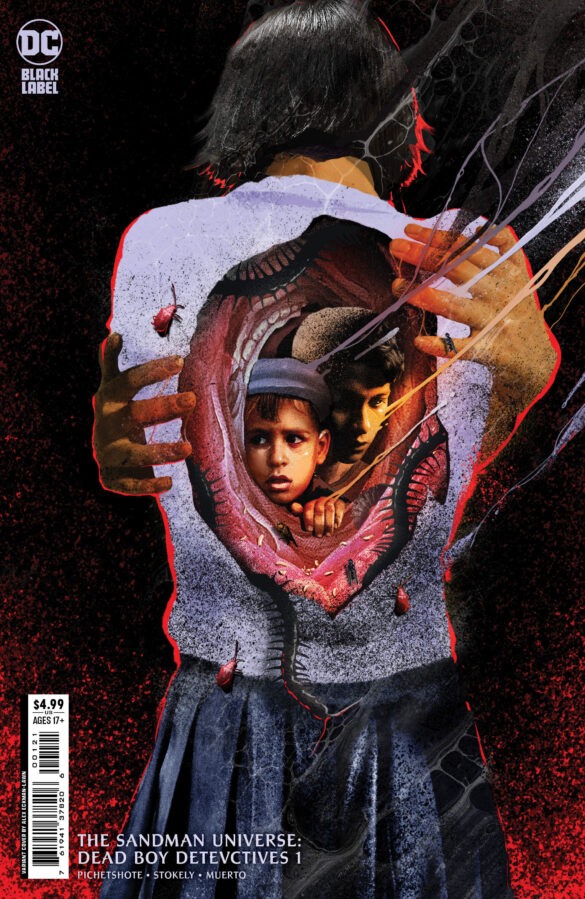 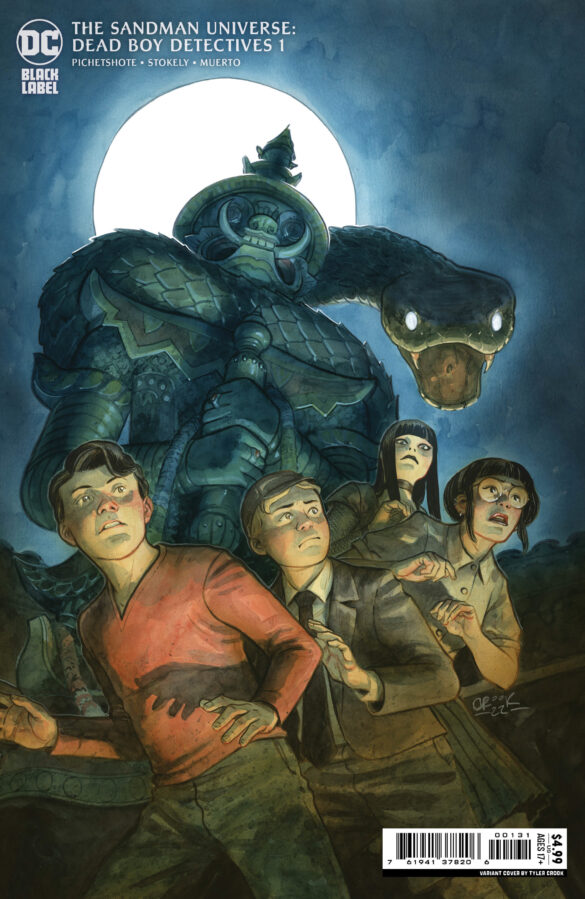 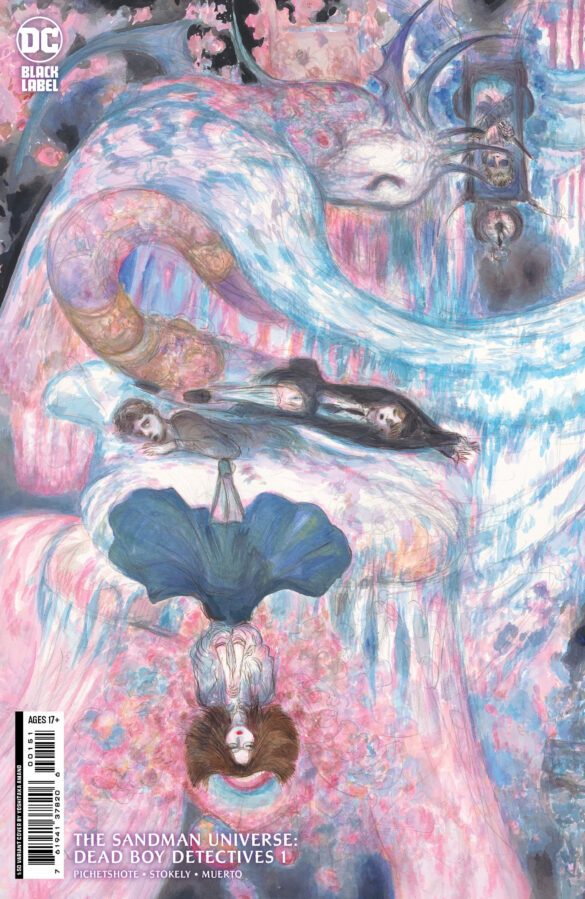 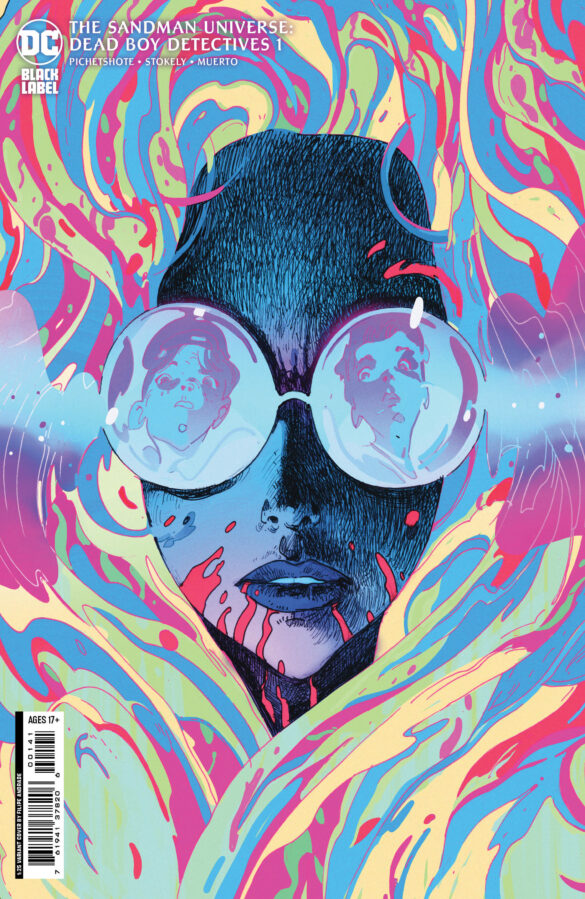 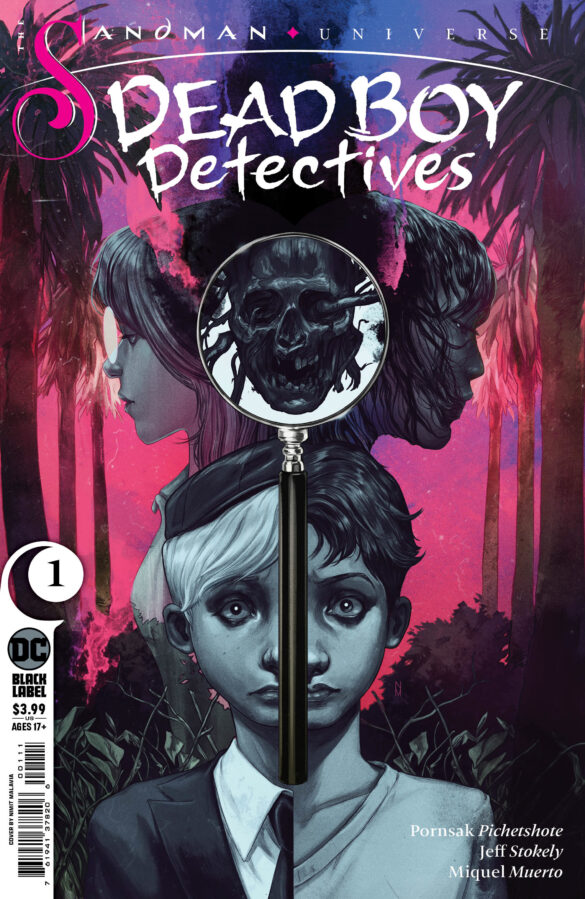 I don’t have any real gripes other than anyone who’s not familiar with Thessaly, Edwin, or Charles may come into this series feeling a little lost. Pichetshote does clear up some details as the issue progresses, and I’m sure more questions will be answered as the series continues. I do believe this to be a better method of storytelling than using tons of exposition or alienating readers with a massive info dump.

I’m looking forward to #2, and feel very sorry for Thessaly’s captors, when, not if, she finally gets out.

Review: The Nice House On The Lake #12 – Final Issue