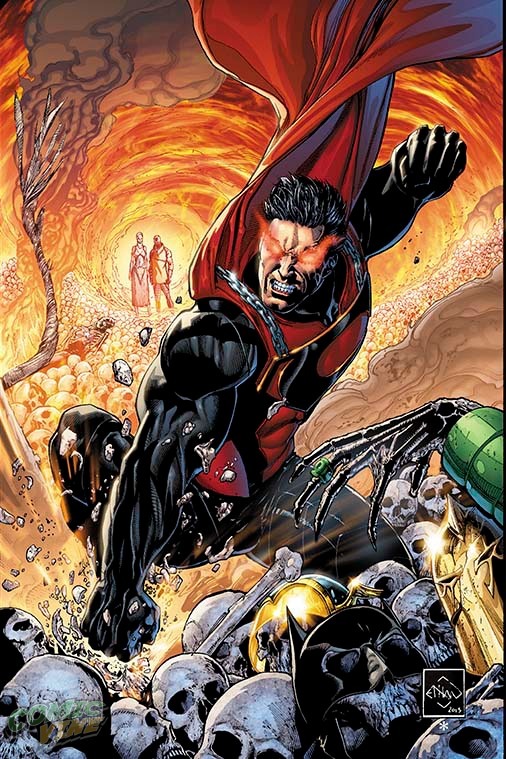 In the early issues of the hit comic Earth 2, Superman, Wonder Woman and Batman gave their lives for the sake of saving their planet from an Apokolpic attack by Steppenwolf. Or so they thought in the case for Superman. In issue 16, Superman made a triumphant return laying down most of the wonders and after killing Steppenwolf in the process.  No one is safe from Superman’s wrath. Don’t take my word for it, check out this variant cover by Ethan Van Sciver below.

Here’s the solicit info: The new Batman of Earth 2 tries to turn the tide in the war against the forces of Darkseid and Apokolips, but even as new allies reveal themselves the planet trembles before its new rulers.