Adam West this is Your Life

Few of our readers today think of Adam West when they here the name Batman. Although it was not apart of my humble childhood – Adam West was my Batman.

Sunday afternoons my younger brother and I would sit down on our living floor with our collection of Star Wars toys and one 12 inch high stuffed Batman doll with suction cup hands, my pride and joy. Although the Luke Skywalker toy made a decent Joker (it was only many years later I discovered why…..) the others didn’t quite fit the bill.

Regardless, my brother and I reenacted every scene we could from that, already dated, show. Some older readers may have the same memories I do (I’m only 26, but god knows my brain is older), so is it any wonder that Adam West is in parallel in our minds with Batman?

What of Adam West? He played the role for 3 years, a flash in the pan for most TV shows these days. Since the shows end in 1968 Adam West has had the hardest time separating his face from the Cape Crusader’s Cowl (hereby known as the CCC). He was quoted saying ‘The program I wanted to do was no longer possible. But I hated to leave the character because Batman had been good to me.’

A kickstarter-funded documentary is being screened this week a the Nappa Valley Film Festival. Following the once Gotham Knight on his road from saving Gotham on a daily basis to running the small town of Quahog in ‘Family Guy’. All the while a movement working their hardest to get him a star on the Hollywood Walk of Fame.

Mr West, now aged 85, spoke a few words with The Chronicle about the upcoming documentary.

Q:What was your response when approached about the documentary?

A:I was apprehensive. I didn’t want my inner life exposed. But it’s gratifying to me that it was fan-generated.

Q:“Starring Adam West” deals in part with getting you a star on the Hollywood Walk of Fame. Were such things important to you as an actor?

A:I never gave it a thought. I never got an Emmy or an Oscar, which I deeply resented (laughs). So I never expected anything.

Q:When you were first cast as Batman, how much did you understand about the role?

A:I didn’t understand much of anything. The pilot was just so fresh and funny. It was theater of the absurd, social satire and such a hoot.

Q:Looking at old “Batman” clips, the show is so camp. How deliberate was that?

A:Our tongues were all collectively in our cheeks. We were making something that adults could appreciate, that reflected what was going on in the ’60s and ’70s, but that the kids could also enjoy forever and grow up with, stacked with action and adventure.

Q:What was it like to watch the new Batman movies?

A:They are occasionally entertaining. But they are done for a certain slice of the public. They really partner with darkness and violence. Now it is all about the Dark Knight. I was the Bright Knight. 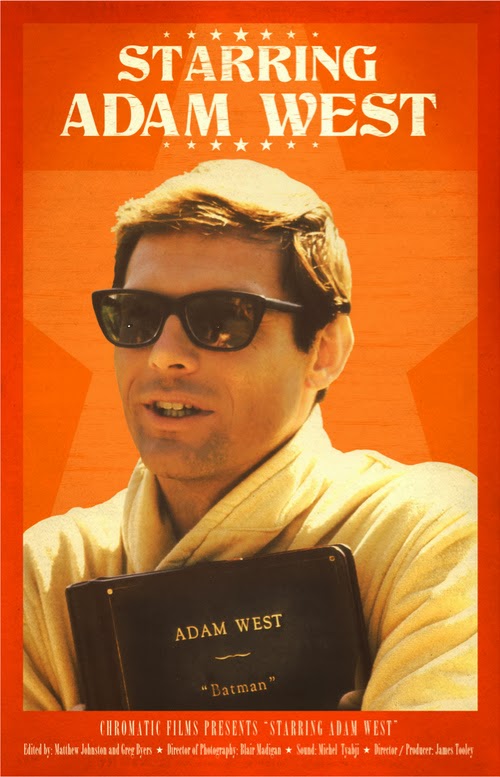 Q:At the peak of your Batman fame, what was the weirdest thing that happened?

A:I was in New York and had quickly gone from being nameless to extraordinarily wealthy. Some revelry had taken place and I’d had some companionship in my room. I had forgotten that I had a publicity meeting in the morning. I opened the door of my hotel room in a towel to about 15 members of the press.

Q:At what point did you know that Batman was a role you were not easily going to get past?

A:Almost immediately. I was rejected for three or four years after it ended. People thought audiences would doubt me. That they would think, “What’s Batman doing in bed with that broad?”

Q:Your persona today, whether in “Family Guy” or Funny or Die skits online, is very self-referential. How did you arrive at that?

A:It came from within. It came from being rejected. I was asked to play James Bond at the end of the Batman run. I turned it down. Could you imagine? Five years later, I was making public appearances as Batman at fairs.

Q:For almost 50 years you’ve been directly associated with the character of Batman. How do you feel about him after all this time?

A: acknowledge it and I love it. Some years ago, I realized that if the audiences love it and love me for it, I should, too. Only a few people get to create something so iconic. It seemed that the only way to go was just enjoy it.

Starring Adam West(not rated) plays at 2 p.m. Saturday and 8 p.m. next Sunday at the Napa Film Festival. West will attend each screening. To see a trailer, go to

2 Previews of Batman #25 including a new Batmobile