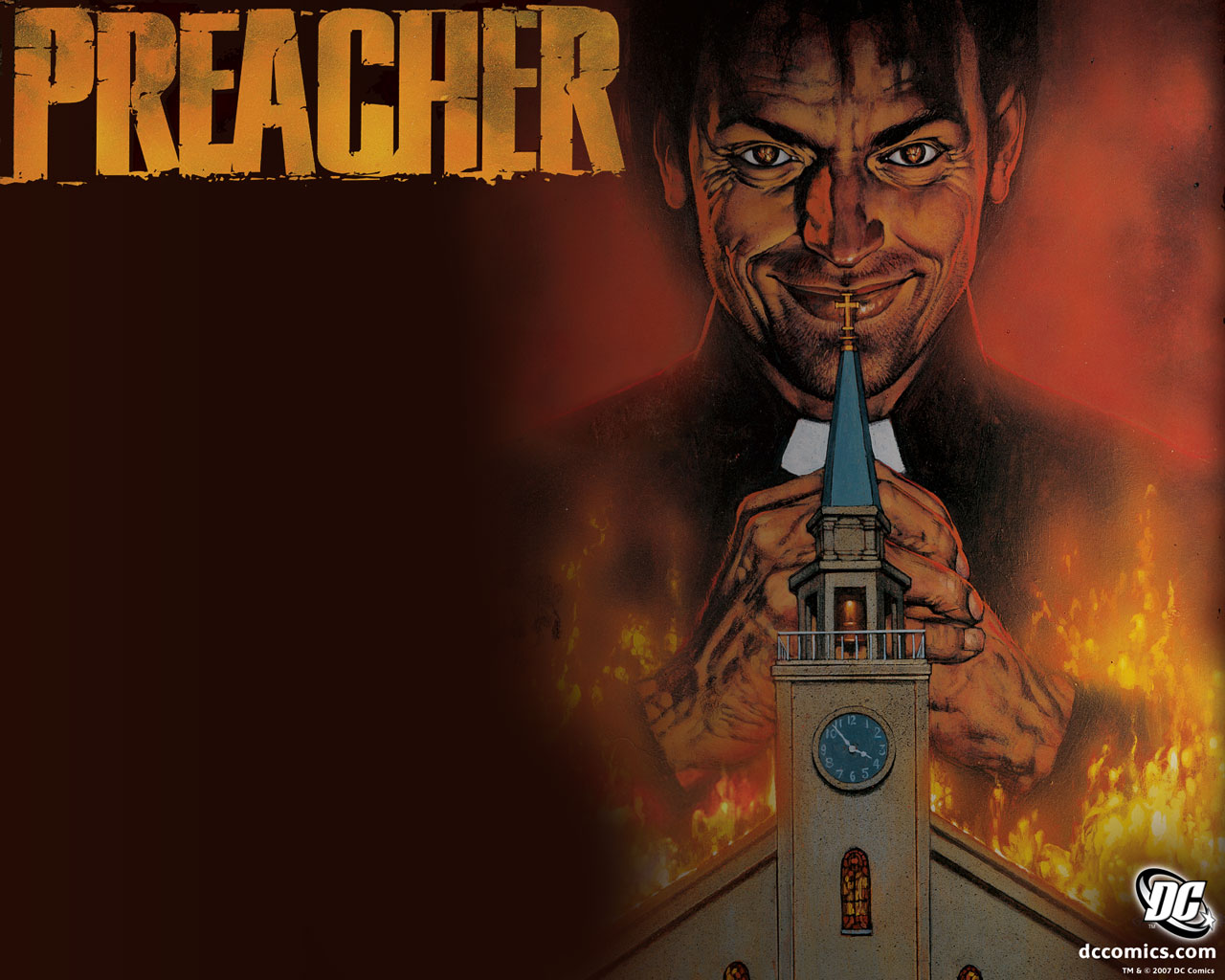 With the enormous commercial success of the Walking Dead, it makes sense that AMC is once again looking to the comic world for possible television shows.  AMC has recently inked a deal with Seth Rogen and Evan Goldberg, who recently worked together on This Is the End, and Sam Caitlin (Breaking Bad) for an adaptation of Vertigo’s Preacher, which was created by Garth Ennis and Steve Dillon.

Preacher follows a small town preacher named Jesse Custer who, along with his vampire ex-girlfriend, attempts to track down God after he learns that God has abandoned his throne.  The Saint of Killers, an immortal gunslinger, is also tracking Custer.

Goldberg and Rogen will be writing the script and will also serve as executive producers alongside Breaking Bad’s Sam Caitlin.  In a joint statement released by Rogen and Goldberg, the duo said, “This is amazing! We’ve tried for seven years to work on Preacher and we’re so psyched AMC is finally letting us. It is our favorite comic of all time, and we’re going to do everything we can to do it right. Humperdoo!”

The shows creator, Garth Ennis said, “Steve Dillon and I are very happy to see Preacher being developed for TV, which seems a much more natural home for the story than a two-hour movie.”  He continued, “Between them, Sony TV and AMC have brought viewers two of my favorite shows with Breaking Bad and Mad Men, and it’s exactly that kind of creative commitment and courage that Preacher needs. Obviously it’s taken a while, but Ken Levin along with Neal Moritz and his team refused to give up, long after the point when I myself grew skeptical, and their unrelenting enthusiasm for the project has gotten us where we need to be. I’m particularly impressed that Seth Rogen, Evan Goldberg and Sam Catlin understand Preacher fully — meaning they get it for what it is, not some vague approximation. All in all, it looks like Preacher can now be brought to TV in a way that I’d previously not have thought possible, and I very much appreciate that Steve and I have been included in the conversation in the way that we have.”