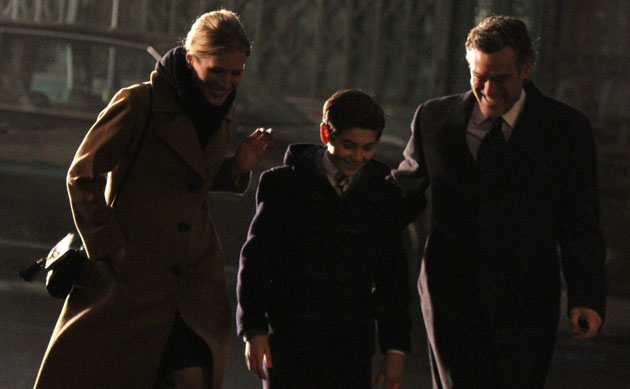 Hey, folks! New staff writer here. I’m Josh, I love DC, and I’m an absurdly massive Batman fan. I look forward to working with the fine people here on DC Comics News and hopefully entertaining you, the readers. Now, on to the juicy stuff!

Holy cats and bats! Fox recently released the first official photo from the upcoming Batman prequel series ‘Gotham’ in the form of a dapper-looking Donal Logue as the infamously grumpy GCPD Detective Harvey Bullock. And now, we’ve had unleashed upon us a veritable tide of new photos featuring Camren Bicondova as Selina Kyle, a.k.a. the future Catwoman and foil/love interest of Batman; and young Master Wayne himself, David Mazouz.

Bicondova bears a striking resemblance to Michelle Pfeiffer, which may help wash the bad taste out of some fans’ mouths after the less-than-stellar Catwoman portrayals seen in The Dark Knight Rises and The-Film-That-Shall-Not-Be-Named. In these photos, we can already see a glimmer of the Catwoman in her future.

Most amazingly (to me, anyway) are the images of The Scene, the most infamous scene in all of DC, maybe all of comicdom. The deaths of Thomas and Martha Wayne at the hand (or gun, I suppose) of Joe Chill. I’m shocked that they released these images. Shocked and perversely thrilled. This is the birth of the Bat, guys and gals, and my body is ready.