THE LEGACY OF BILL FINGER…THE JOKER 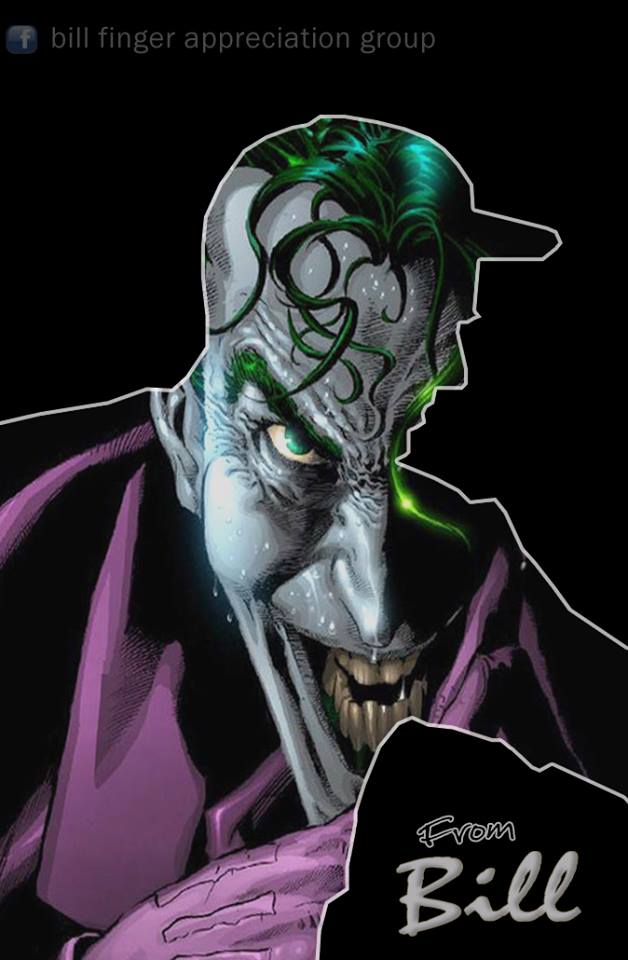 In my previous article, “Tribute to the Great Bill Finger”, I discussed how Bill Finger helped Batman evolve from the original Kane concept to the Dark Knight we know today.

Originally conceived as an evil “court-jester” type, the character was initially rejected by studio writer Bill Finger as being “too clownish,” but he later relayed the idea to Bob Kane. Kane, who started out as a gag artist, loved the concept and encouraged its production. Finger found a photograph of actor Conrad Veidt wearing make-up for the silent film “The Man Who Laughs”, and it was from this photograph that the Joker was modeled.

In his initial dozen or so appearances, starting with Batman #1 (1940), the Joker was a straightforward spree killer/mass murderer, with a bizarre appearance modeled after the symbol of the Joker known from playing cards. It is of note that in his second appearance he was actually slated to be killed off, with the final page detailing the villain accidentally stabbing himself, lying dead as Batman and Robin run off into the night. DC editor Whitney Ellsworth thought the Joker was too good a character to kill off, suggesting that he be spared. A hastily drawn panel, calculated to imply that the Joker was still alive, was subsequently added to the comic.

Conrad Veidt in “The Man Who Laughs” (1928) the physical inspiration for the Joker.

Veidt is best known to film aficionados as Cesare in “The Cabinet of Dr. Caligari” (1920)

and as Major Heinrich Strasser in “Casablanca” (1942).

The Joker has appeared in various T.V. series, movies, cartoons, video games and even commercials, here are some of the people who brought the Joker to life.