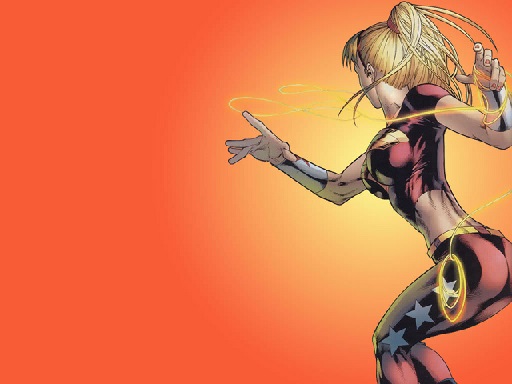 Wonder Girl is awesome.  At least she is now.  Personally, I never liked her before the reboot.  Okay, that’s being nice, she annoyed the heck out of me and just really got under my skin.  She had none of the spunk or grace Donna Troy or Diana and always doubted herself.  Always.  Occasionally is fair and

realistic, but for a leader, it was an unflattering constant trait.  Let’s not even forget the fact that she (and Superboy – don’t worry, I’m not being bias) didn’t even have a real costume. At times she did but artists, for some reason always took it away and replaced it with the plain red shirt with the “wonder” symbol on it and jeans…not the stuff that really inspired amazing first impressions. Sometimes she looked like a cowgirl.

I don’t know, maybe the way she was written just never sparked my interest because often times, it was as though the writers were trying to make Cassie a lot like Donna instead of trying to make her a hero in her own right, something writers got right with Samantha who the new Batgirl.  Sorry, slight tangent.  Nevertheless, that brings me to my point, writers just didn’t seem to know what to do with her and maybe that’s what really bothered me and I never liked her.

Then the new 52 happened and Cassie was revamped in all the best ways.  In those early issues of Teen Titan comics, I decided, “eh, why not, I’ll give her shot”.  Opening shot, she’s stealing a car.  She was thief!  A punk!  This girl had spunk and many anger issues.  Just look at the image right here compared to the ones above.  Now, that right there is a fearful looking girl who looks like she can take on the world.  Best part is that how the writers wrote her.  When they were threatened, when her new friends were threatened this girl did not hold back.

However, she wasn’t all strength and attitude.  There were those scenes where she was fragile.  I forget which issue it was, might have been two or three, but when Red Robin was at her place that was full of stolen knickknacks, in this one frame, the writers show the fragile side of her, the side of her that shows that behind all the strength and attitude, she is somewhat broken.  Together, that made her an empowering character because when push comes to shove, as shown in the issues revolving her origin, she overcomes all of that and stands firm, taking down anyone who stands in her way.

Hopefully, since Teen Titans comics is coming to a close with issue #30, this will not mean that readers are going to see less.  Scott Lobdell turned me into a Wonder Girl fan…never thought that was going to happen.
Source:  DC Comic ,  Comic Vine 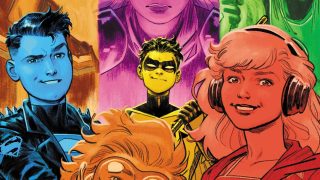