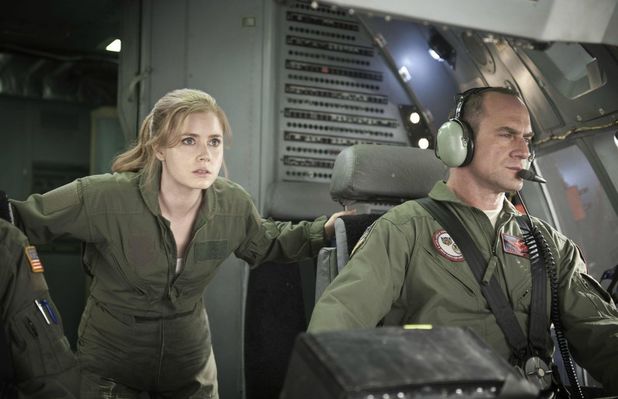 Man of Steel and Oscar-nominated star actor Amy Adams showed a random act of kindness on a flight from Detroit to Los Angeles, where she offered her first class seat to a US military serviceman Ernest Owens, who at the time was posed to fly coach. Adams stated when press pushed for detail,

Whilst in the plane, it is said Amy Adams took time out to meet and greet the solider, and thanking him for his service to the country. She was also kind enough to pose with Ernest for a selfie.

Amy Adams herself was an Army brat (like Lois Lane), born in Vicenza, Italy, that her father was stationed there as an Army Aviator.

“I noticed Ms. Adams was in first class and as I was getting seated, I saw the flight attendant guide the soldier to Ms. Adams’ seat. She was no longer in it, but it was pretty clear that she’d given up her seat for him. I was incredibly impressed, and I’m not even sure if the soldier knew who gave him that seat. I guess he will now! Ms. Adams did it so quietly and quickly that it speaks to her character.”
Top job by Adams who will be joining her co-stars Henry Cavill, Ben Affleck and etc for the Batman v Superman: Dawn of Justice filming, slated a release for May 2016.

share on: FacebookTwitter Tumblr
previous article
No Smoking In CONSTANTINE Show
next article
Aquaman Finally Getting His Own Animated Film