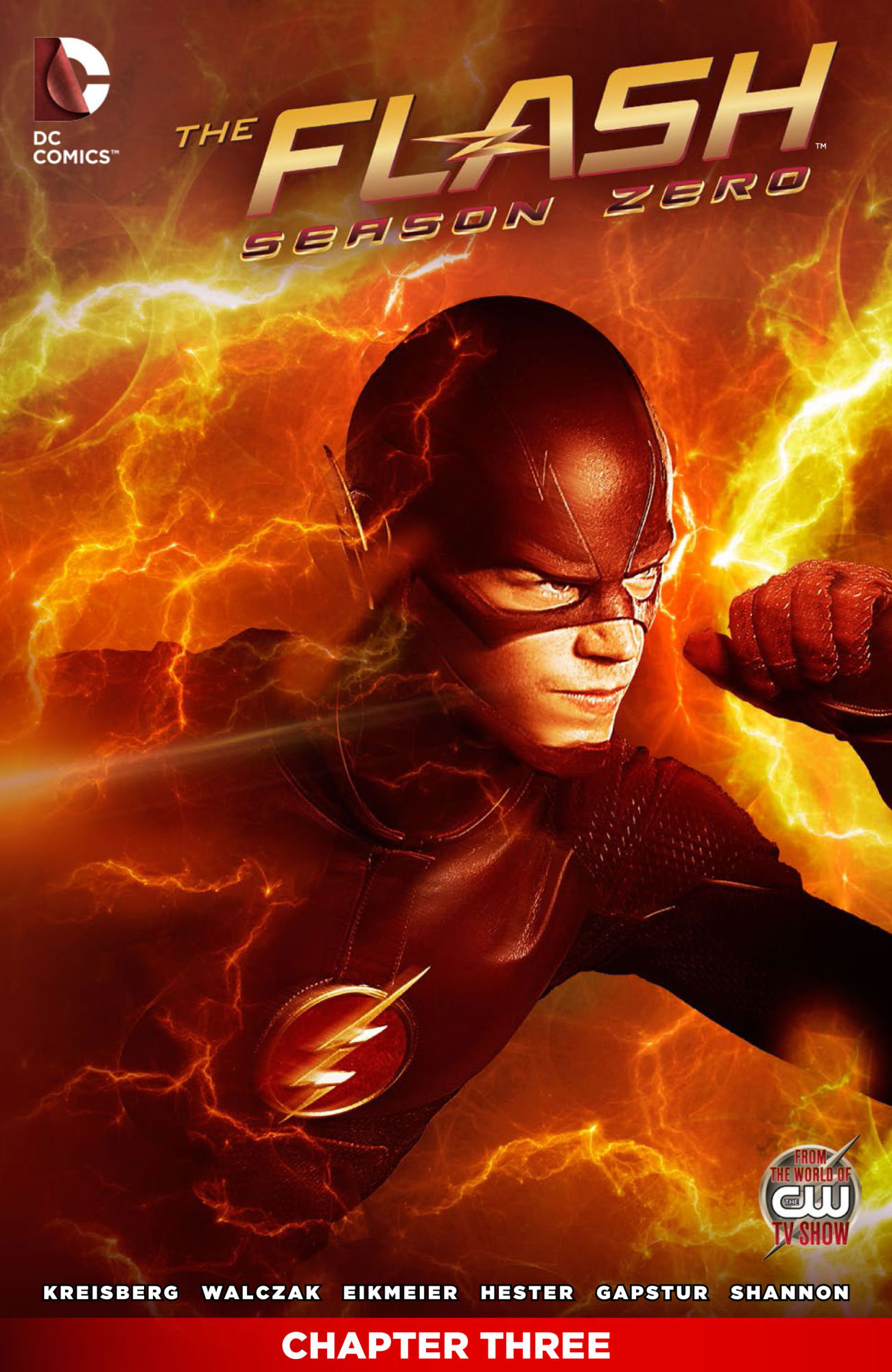 Welcome to the Big Top, where Flash Season 0 finally gets moving.  It’s taken four issues, but it finally feels like our digital Flash season is starting to go somewhere.  After a few S.T.A.R. Labs pages where the only things we learn are the Dr. Wells enjoys the circus and (digital) Cisco’s jokes are far more miss than hit, Barry goes off to investigate the circus.

When the circus strongman lets Barry into the tent, it is clear that he’s being led into a trap.  The ensuing clich­é circus jokes get a little grating, but then wise-cracking nerd Barry comes out. The fight with the sword-swallower has some of the most entertaining Barry quips yet.  Before Barry can get too much of an advantage, the strongman and a new circus metahuman named Rajeet put him in his place.

Barry’s actual verbalized quips are great.  He’s having fun being a superhero, and every now and then, we get to see it happening.  Aside from the clowns, the new metahumans brought forward in this issue are pretty cool, especially Rajeet.  Mr. Bliss, while only having a few lines exudes confidence.  I have confidence in his ability to play a strong completely original antagonist to Flash.

The circus clichés.  Oh the circus clichés.  Opening with the clowns and joking about how creepy they are is too many kinds of overdone and boring.  The S.T.A.R. Labs scene only proves to show us that if they are going for mystery here, they are sorely failing.  Every scene that feels like answers being found, just feel tedious.  We’ve already learned these things.  Flash needs to keep moving, and these scenes bog the story down, with its limited pages.

Flash Season 0 #4 is a clear improvement.  We’re finally getting the promise fulfilled of metas that would be difficult on television.  But even with a few notes being hit right, some bad jokes and huge stalling moments hold it back.