See The Flash Defy Gravity In This New Clip 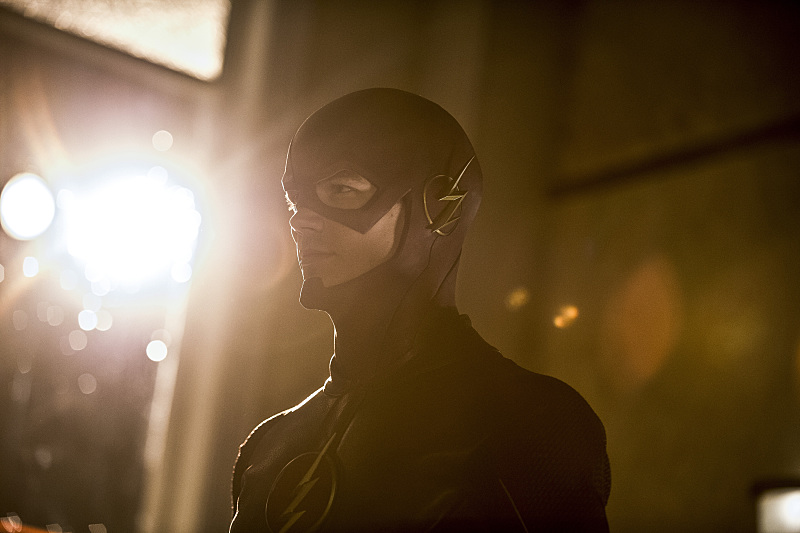 The CW released a new clip from the upcoming fifth episode of The Flash in which Barry Allen (Grant Gustin) finds himself testing the limit of his speed powers to save a window washer from going splat on the concrete. But can he defy gravity by running straight up the side of a building without going splat himself?

The new episode titled, “Plastique,” airs Tuesday, November 11 and features guest star Kelly Frye as Bette Sans Souci, aka villainess Plastique. Watch the clip below, along with the official description and episode stills:

After a bomb goes off downtown, the army, led by General Eiling (guest star Clancy Brown), rolls in and takes over the case, much to Joe’s surprise. Suspicious, Joe tells Barry that he and his friends at S.T.A.R. Labs should look into the army’s involvement. Wells informs the team that Eiling was experimenting on his men to turn them into super soldiers. Cisco confirms one of Eiling’s soldiers, Bette Sans Souci (Frye), was at the bomb site. The Flash tracks her down and realizes that she’s not setting off the bombs, she is a meta-human who can blow things up just by touching them. Meanwhile, when Joe learns Iris is writing about “the streak,” he tells Barry to make her stop. Barry realizes Iris won’t listen to him so he decides to have The Flash pay her a visit.