Kevin Porter is the Internet’s very own Dark Knight and having starred in a series of films as Batman over the years, he has built a cult following like no other. More recently, in association with Bat in the Sun Productions, the highly anticipated ‘Super Power Beat Down’ Batman v Darth Vader has almost clocked over 3,000,000 views on YouTube as of this writing. In a short amount of time it shows the type of following Porter now has. It’s all for good reason. He has never opened up in detail like he has with us in this exclusive interview.

The Skype call was held over a morning with myself and Porter and while we had an agenda as a guideline we let the conversation take its natural course which resulted in a broad range of topics which will help paint a more holistic picture of the great man who has given us a unique take on the Batman.

From City of Scars to Truth of the Mask, the list goes on and not just in the DC world. Porter also played a role in the Hollywood blockbuster Dodgeball and talks with us about some interesting projects coming in 2015. Kevin Porter makes mention of a few surprises that should make our fans smile. Sit back, and enjoy a side of Kevin Porter you haven’t seen before.

Below is our full video interview

Kevin Porter has a strong social media presence that allows him to connect with his fan base and you can find him on these platforms.

Porter on the top right in DodgeBall

Porter was huge in The Punisher

Such a cool shoot! We love it at DCN

On behalf of DC Comics News I would like to personally thank Kevin Porter for donating his time and working with us on the interview. We appreciate the time and effort and wish you all the best in the future. 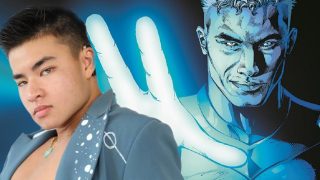 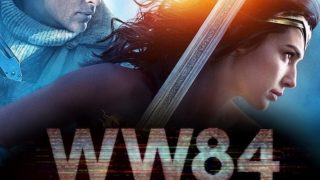