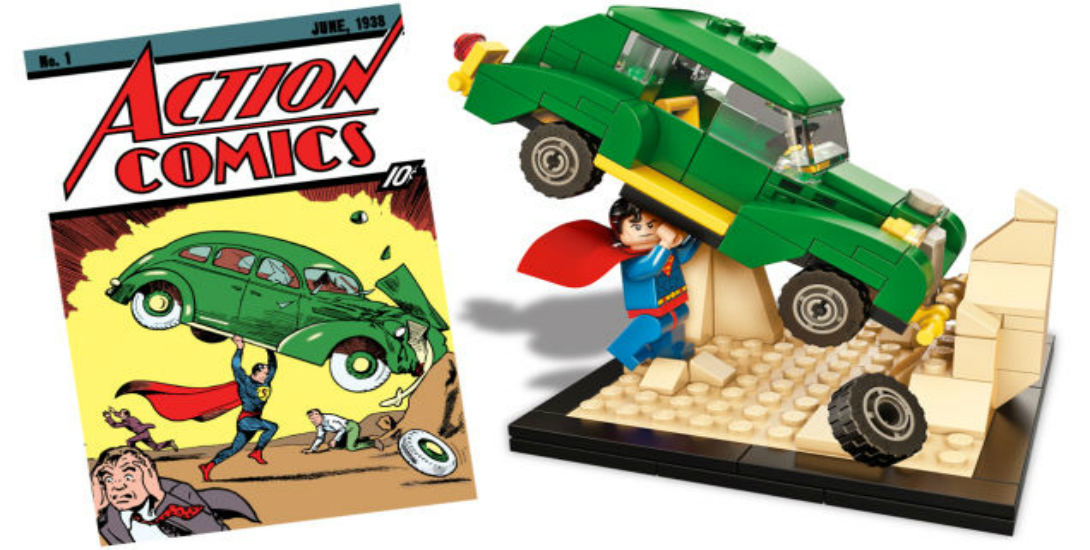 Lego brings one of the most valuable and iconic comic books of all time to life! While the most recent mint copy of Action Comics #1 – featuring Joe Shuster’s Superman art on the cover – sold on eBay for $3.2 million, this 145-piece Lego set will only cost fans $40.

While not as rare as the 1938 comic book, the Lego set cannot be purchased at any local toy store. It will only be available at this year’s San Diego Comic-Con, and like the other SDCC-exclusive Lego sets, fans can only buy it if they have a ticket that’s been randomly selected.

Fans who can’t make it to Comic-Con this year will also have the chance to win the set as long as they’re following Lego’s official Twitter account.

You must first enter the drawing by picking up a ticket (see below) and then attendees go to the LEGO booth to redeem their ticket if they have a winning ticket and purchase the set at the LEGO booth. The LEGO booth will be located in Hall D, booth #2829.

Attendees must first enter the main Convention Center entrance from the line at the front of the main building. Entry to the LEGO retail drawing at the Sails Pavilion will be from this line. Depending on the crowds, this line may start moving as early as 7:00am until supplies last.