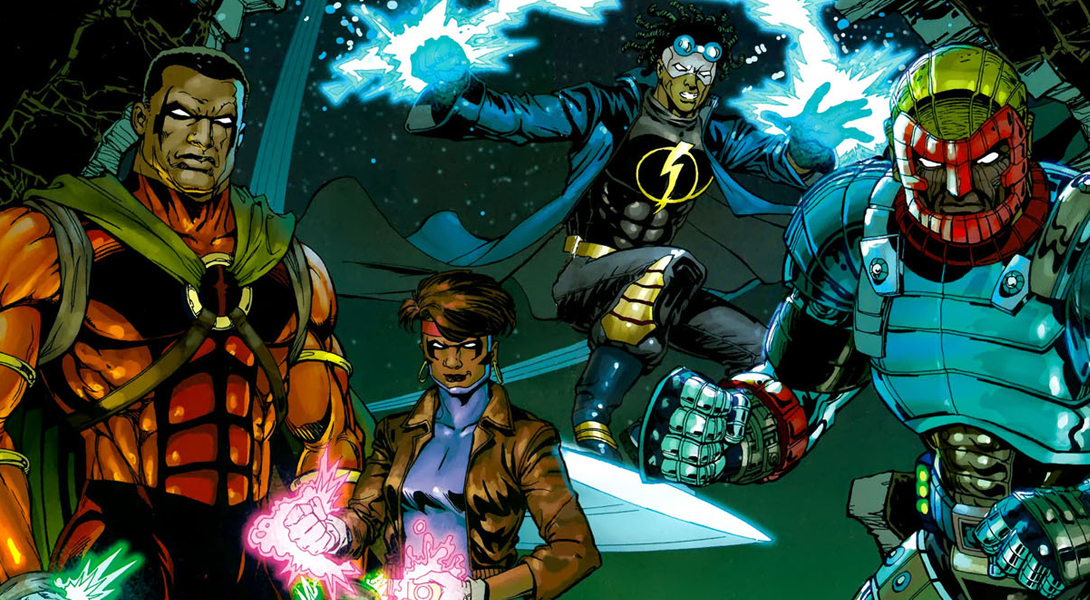 In the words of LL Cool J, “Don’t call it a comeback!” DC Comics and Milestone Media made an announcement this morning at San Diego Comic Con that Static and company would be returning to DC. Though no creative teams or book details were mentioned in the announcement, it was revealed that the characters would return to the new DC Multiverse as inhabitants of Earth M.

Writer and director Reginald Hudlin recently joined Milestone Media. He states the deal with DC to license their characters again a “complicated one” but one they could not refuse. Hudlin mentioned during the press event that he has already started writing scripts for a Static series, and Icon and Hardware were also mentioned.

DC Co-Publisher Jim Lee praised the value of Milestone Media and its characters. “We couldn’t be more proud and excited about the opportunity to bring the ‘Dakota’ Universe back to DC,” said Lee. “This is a huge step forward for us in bringing readers a more diversified lineup as part of the new DC Universe, and we’re anxiously looking forward to telling new stories that are socially and culturally impactful and representative of the world in which we live.”

Milestone co-founder Derek T. Dingle stated “We have to keep this company alive.” He continued, stating “We have to maintain diversity in this industry.”