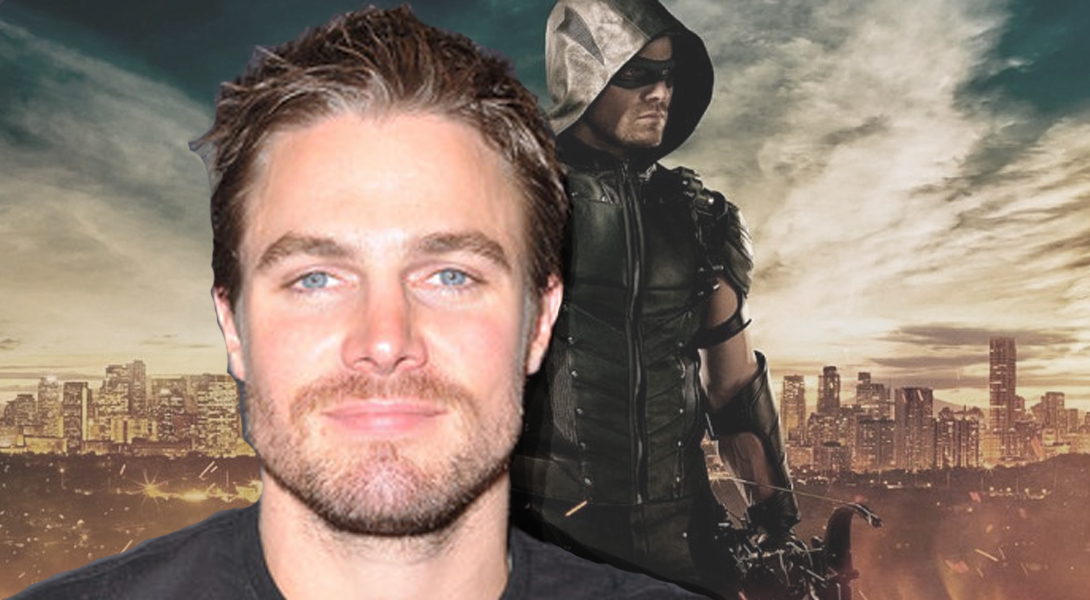 His name is Stephen Amell… but if you’ve been on his 3 year crusade to save his city as Oliver Queen on the CW series Arrow, you already knew that.

But this isn’t the same Stephen Amell or Oliver Queen who started this journey. When Season Four of Arrow starts, The Arrow will be no more. And in his place will be Green Arrow, in name and attitude.

During San Diego Comic-Con 2015, Amell spoke with reporters and fans about what’s to come for Oliver and Team Green Arrow.

What can you tell us about what’s happened between seasons?

That five months have passed and Oliver has learned a bunch of new skills. But typically when we come back from a hiatus, it’s like a new suit or a new bow or he decided that he wanted to take up jiu jitsu. This time around, almost all of the skills pertain to domestic life, which is fun.

So he and Felicity are just playing house?

They’ve traveled and I believe that they’ve settled. It’s interesting to learn who has enjoyed this process more, be it Oliver or Felicity.

Is being still married to Nyssa going to play in?

No. I don’t think that weddings at knifepoint in Nanda Parbat, lorded over by a sorceress really count in the great scheme of things. Felicity did have that funny line in the finale about annulling the marriage, but no, that doesn’t actually play.

Can you give us any clues about what Oliver is going to be facing the first few episodes?

So, what we are dealing with this year — and I wouldn’t say it’s as concrete as it was last year when it was like “The Theme: Identity!” — is magic and mysticism. And Oliver alludes very early on in the season that this is something that he’s seen before, so clearly that will play into this year’s flashbacks for him.

Is Oliver going to feel any great regret from having placed Malcolm Merlyn at the head of the League of Assassins?

I’ve read three episodes of the season, and we haven’t seen an interaction that would allow that to play out yet. I don’t think that this is a bargain that Oliver enjoyed making, just like he didn’t enjoy taking Diggle’s wife and endangering their child. But he did it because in his mind, the ends justified the means.

You can read more about the changes fans can expect in the link below.

Are you excited about Arrow Season Four? Please comment below.