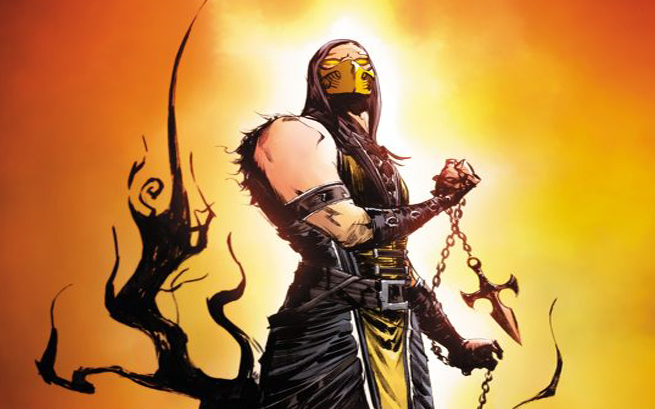 DC Comics has released the 32nd chapter in the digital-first series Mortal Kombat X, based on the hit video game of the same name.

Scorpion has become the flagship character of the Mortal Kombat franchise. You could ask yourself then, who would be able to actually beat Scorpion in battle, well the answer is rocket science: Himself.

The 32nd chapter of Mortal Kombat X features Hanzo Hasashi (Scorpion’s original uncorrupted human persona) against the hellfire bred demonic ninja we all know and love: Scorpion. Wonder why Scorpion is fighting himself? A battle for his soul no less. Will Scorpion, the corrupted fire-breathing ninja emerge victorious or is Hanzo strong enough to erase once and for all the spirit of vengeance from his soul?

-Scorpion in every Mortal Kombat game ever

The issue is available now digitally at DC Entertainment. 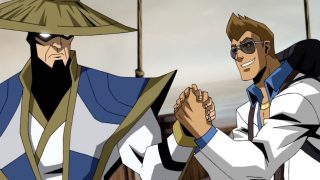