A Very Unique Supergirl Lands in the DC Universe in this Supergirl: Wings #1 Preview 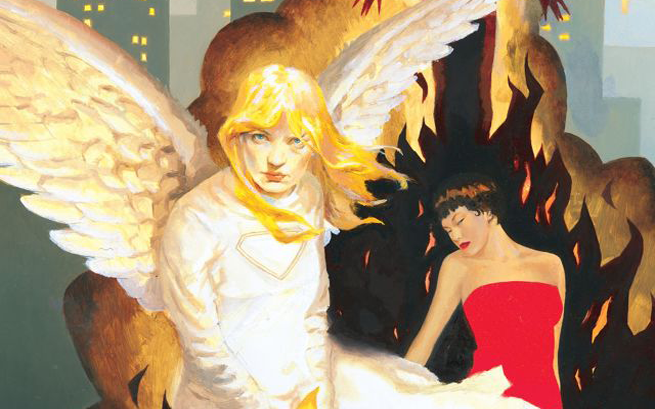 DC Comics has released the official preview for the digital release of Supergirl: Wings #1.

Matrix, who recently starred in her own miniseries during ‘Convergence’, returns in the digital release of the 2001 ‘Elseworlds’ masterpiece; Supergirl: Wings.

Matrix, an angel, has lost her way in her mission of caring for human souls. Wanting to disassociate from humanity, she is taken down a road of self-discovery that ultimately brings her closer to one soul than any other—that of Linda Danvers. Along the way, Matrix finds aid (and obstacles) from several other members of the DC Universe, including Zauriel, the Phantom Stranger, Aquaman, Clark Kent and the Spectre.

Originally released on October 10, 2001 in print, the issue is available now digitally at DC Entertainment.

Don’t miss these other recent previews: