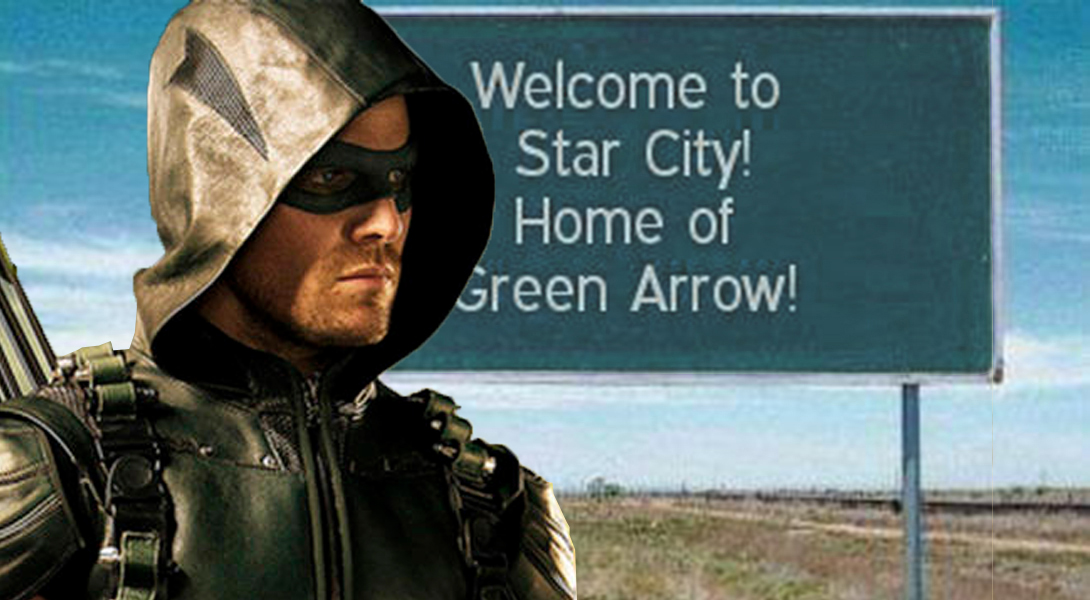 Stephen Amell confirmed at San Diego Comic Con this year that he will officially go by Green Arrow on Arrow this season. Now we received word from co-star Paul Blackthorne’s Instagram page that Starling City will also get a name change.

Team Arrow Gets A New Bunker!

Blackthorne, in his role as Captain Lance, poses with co-star David Ramsey, as John Diggle. Both are toting firearms, but Blackthorne is holding his badge which clearly states “Star City” instead of “Starling City.” You may remember during Season Three that Ray Palmer (Brandon Routh) headed a campaign to get the name change.

I speculate that Palmer’s apparent demise during the season finale may factor into the switch. Although we all know Palmer didn’t die, but will be a part of Legends of Tomorrow.

Arrow Season Four premieres October 7 at 8/7 C on The CW.

What are your thoughts on Arrow changing Starling City to Star City? And what did you think about this story? Please comment below.