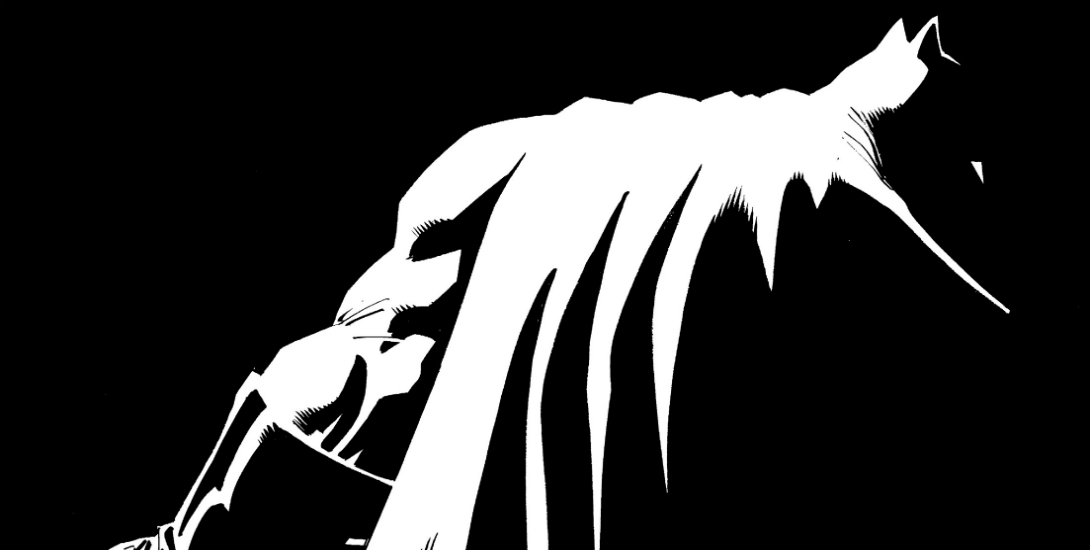 DC has shown us the impressive-looking first retailer-specific variant cover for Issue #1 of Dark Knight III: The Master Race by Dave Johnson. It reads, “Your logo here,” as an indicator of where a participating comic book retailer’s logo will appear. Click the image below to see an enlarged version.

In July, at San Diego Comic Con, we got a tease of the upcoming massive miniseries with this image below, but no indication as to whether it will serve as an actual cover, or if it’s just promo art. In any case, the art was done by series regulars Andy Kubert and Klaus Janson.

Written by Frank Miller and Brian Azzarello (The New 52: Future’s End), and art by Andy Kubert (Damian: Son of Batman) and Klaus Janson, the conclusion of the trilogy in Frank Miller’s Dark Knight world follows up The Dark Knight Returns, and the much-less successful The Dark Knight Strikes Again, and the first issue will hit store shelves on November 25, 2015.