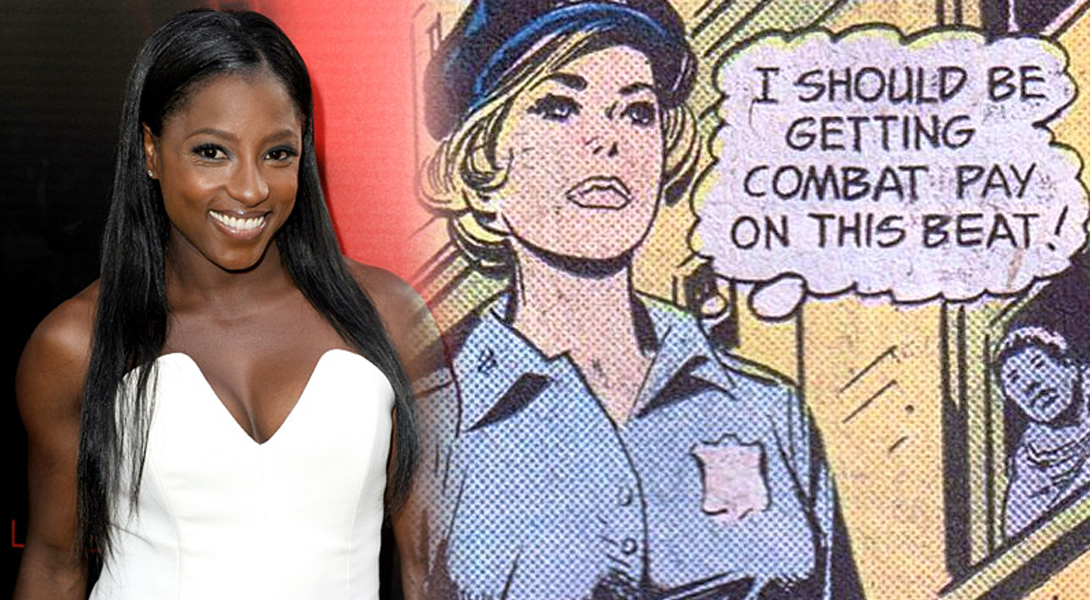 The CW has revealed an official photo of Rutina Wesley as Lady Cop via director Lexi Alexander’s Twitter account.

Origin: Liza Warner witnessed her two roommates being murdered by the “Killer-in-Boots”. Disturbed and ashamed by the incident she found encouragement from the female officer who said she had the attention to detail and bravery of a police officer. Those words combined with her restless nights motivated her to enroll in the Police Academy to find the killer of her roommates.

At her graduation a washed up recruit decided to toss a hand grenade in the group of graduates. It was only by the intervention of Warner knocking down the recruit and tossing the grenade into a trash can that everyone’s lives were spared. Warner worked as a beat cop after that and stopped many more criminals who prayed on the innocent (Source: Comic Vine).

Season Four of Arrow premieres Wednesday, October 7 at 8/7 c on The CW.