Review: The Flash Season 2 Episode 4 “The Fury of Firestorm” 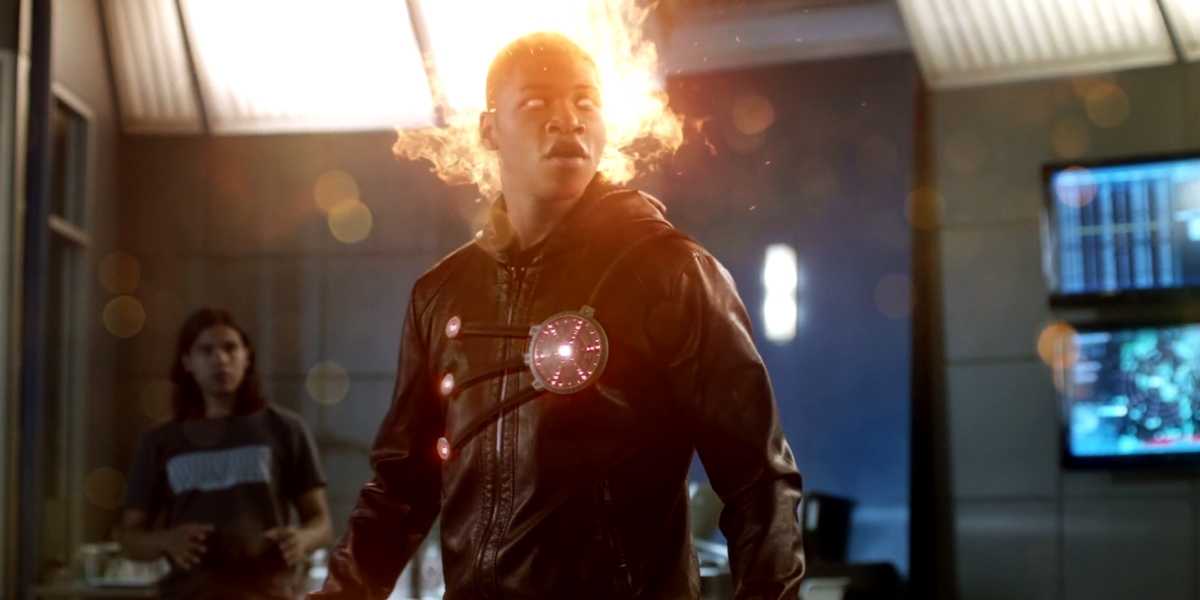 I don’t think I can ever tire of seeing another episode of The Flash. In this episode “The Fury of Firestorm” we find Team Flash having issues at every direction. Professor Stein is slowing dying as the Firestorm Matrix within him is killing him, Iris is dealing with the return of her thought-dead mother, and Patty is on the trail of a killer in the streets of Central City. Barry, Caitlin and Cisco have to find someone similar to Ronnie’s physiology to bond with the Firestorm Matrix in order to save Professor Stein’s life. The team finds two candidates– Dr. Hewitt who seems to have the same aspirations as Professor Stein, and Jefferson Jackson, a former high school quarterback who actually has no interest in being a hero. In the attempt to save Stein’s life the team actually makes matters worse and a new villain is formed.

Can the entire episode be a positive? I’m not sure but this episode definitely qualifies. Once again the writers of The Flash aren’t afraid to take risks and push boundaries and I love that. Everything from the creation of the new Firestorm to the creation of another foe for Barry is all nicely done. I can never tire of the CGI effects used on The Flash. None of it feels over the top or forced–they actually get it just right. The moment with Iris and her mother is a touching scene. Years after thinking her mother died, she returns to Central City, wanting to see Iris for one last time. It’s revealed in the episode that Iris’ mother is dying of a life threatening disease and nothing can save her. The moment between Joe, Iris and her mother I felt balanced out the action and pace of the episode. It was a very emotional moment– one where you actually feel for Joe and Iris and also shows exactly what makes their bond as father and daughter so special. Now with all of this you’d think that the writers would just end the episode after all the problems and conflicts have resolved right? Wrong…so wrong. At the end of the episode the writers toss in a fight with King Shark–I jumped off my couch immediately when I saw him. Big, gray and scarred, King Shark looks absolutely perfect. My standards were already high when I saw Grodd in the first season and the writers have held me to that standard. King Shark in the episode nearly has Barry beaten until an “old friend” intervenes and saves his life–leaving Barry with a lot more questions in the next episode.

So you’re really gonna force to find something wrong with this episode? Really? Well if I gotta pick on something I guess it would have to be the relationship between Iris and her mother. In the episode Iris has so much hostility towards her– which is completely understandable, however once Iris finds out that she has a little brother I thought her opinion about her mother would change. I know that her brother is supposed to be Wally and its a great way to introduce him into the show, however I hope Iris tries to get close to him and her mother eventually. The tension between Iris, Joe and her mother is perfect. It’s not overly done, and it doesn’t feel forced–but I’m hoping that the writers don’t leave the family fractured either. However as I’ve said repeatedly I have full confidence in the writers of The Flash–I can’t think of a episode that left me disappointed.

Once again The Flash has left my thoughts in the dust. Yeah, I had to make a joke about speed somewhere. This episode went from action packed to drama filled and never skips a beat. Few shows can make that transition so seamlessly without making the episode feel so full or forced. Yet the writers of The Flash prove they can do it–and be successful. I love how they just toss in King Shark just cause. It’s not even Halloween yet and the writers give you a nice treat for no reason at all! I thought I’d have reservations about Patty Spivott being Barry’s love interest, however the more I see her- the more I like her. She gives a presence and energy to any room just like Barry and I got to admit I’m really hoping they date and sparks fly. This episode refuses to disappoint and after seeing it I’m sure you will definitely agree with me.