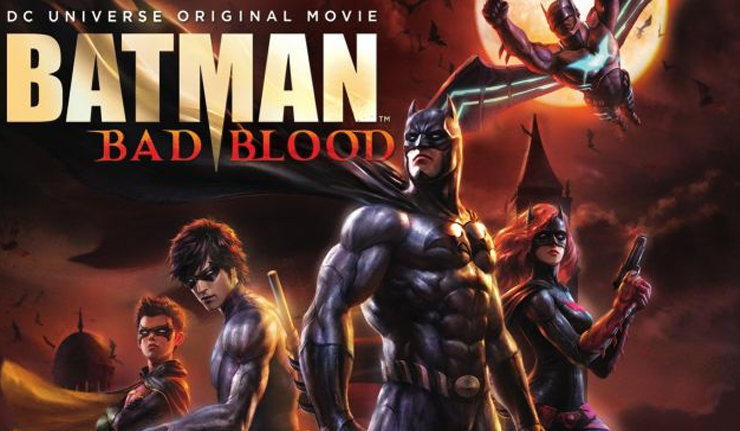 Batwoman explains to Nightwing and Robin about the events that transpired on the night that Batman … died. Yvonne Strahovski (Chuck, 24) voices Batwoman, while Sean Maher (Firefly, Serenity) and Stuart Allan (Batman vs. Robin) provide the voices of Nightwing and Robin, respectively.

When Batman is missing, Dick Grayson takes up his mantle. He and Damian Wayne have to protect Gotham City, while also trying to find the original Batman. Two new allies, Batwoman and Batwing arrive to help investigate Batman’s disappearance.

What do you think of Warner Bros. Animation take on Batman’s death in Batman: Bad Blood?