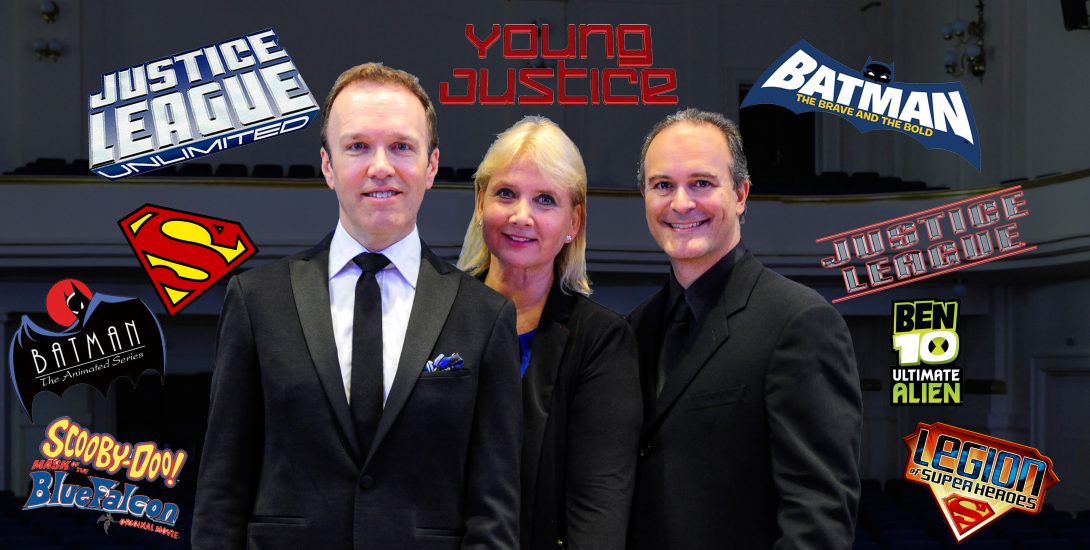 Who are Dynamic Music Partners, you ask? They are probably responsible for most of the music you hear on your favorite animated shows. The terrific trio that make up DMP granted Assistant Editor Kevin Gunn a small peak into their award winning world of crescendos, capes and cliffhangers.

Check out their bio below:

Emmy Award winning composers Kristopher Carter, Lolita Ritmanis and Michael McCuistion, collectively known as Dynamic Music Partners are currently scoring the hit animated series Marvel’s Avengers Assemble.
Michael, Lolita and Kristopher have created hundreds of hours of music for a variety of different genres, including TV series, independent films, video games and live performance events. They have collectively earned twenty-eight Emmy Award nominations and six Annie Award nominations as composers for Batman: The Brave And The Bold, Justice League, Teen Titans, Batman Beyond, The Zeta Project and The New Batman Superman Adventures.
They each received the Emmy Award in Music Direction and Composition for their music for Batman Beyond, and the score to the feature film Yesterday Was A Lie won a Gold Medal at the Park City Film Music Festival.

And without further ado, here is DCN’s Exclusive Interview with Dynamic Music Partners!

Dynamic Music Partners’ next release will be Batman: The Killing Joke – Original Motion Picture Soundtrack on Friday, July 22nd. You can order the soundtrack at La-La Land Records, Amazon and iTunes.