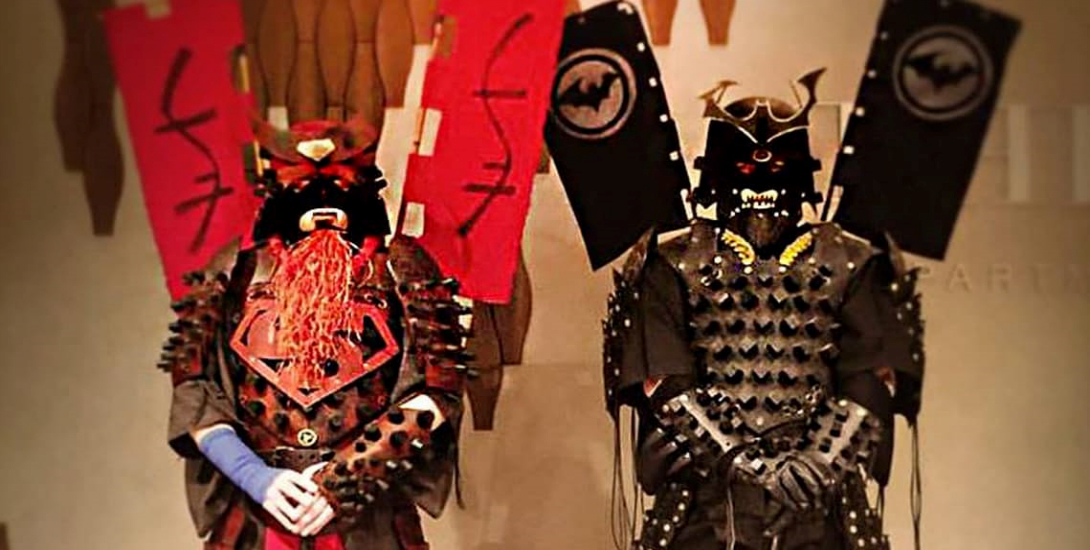 The infamous comic book veterans Dave Johnson and Mark Brooks appeared at Dragon Con this past weekend in the most impressive outfits to date: samurai superheroes. Shared via Johnson’s Facebook page Johnson donned the Dark Knight samurai costume while Brooks took on Superman. Johnson made the costumes out of Rubbermaid garbage cans years ago for Halloween and decided to wear them since Dragon Con according to him is literally “at his back door.” Looking at these bad-ass samurai I’d say the cosplay was a success.

Dave Johnson is a renowned artist and Eisner Ward winner, currently working on Batman and The Flash comics. Dragon Con is Atlanta’s annual pop culture festival that started in 1987.