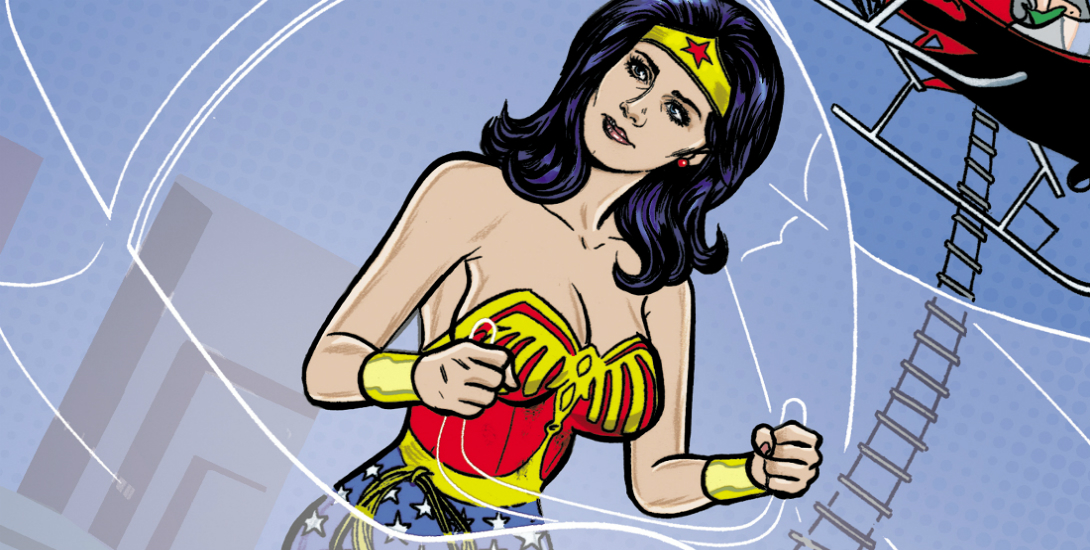 Summary
Bruce Wayne and Alfred recount an event from Bruce’s childhood in which he encountered Wonder Woman.

Positives
The interior art features pencils by David Hahn with inks by Karl Kesel and colors by Madpencil. It’s really strong art. It’s stylized and cool; all of the character models look great. Diana is a great representation of Lynda Carter in the book. I also enjoyed seeing this universe in a different time period from an artistic standpoint.

Major DC characters make their first appearance in the Batman ’66 continuity here and it’s really cool to see. I have always enjoyed the Batman ’66 taking characters that were never on the show because they were created later and adapting them into this universe. It’s a lot fun and was a great surprise.

I enjoy getting to know more about Bruce’s childhood with a happy memory before his parents died. It’s cool to see more of this world and I love the idea that Wonder Woman ’77 takes place in the same universe. That makes a lot of sense and works well. The tones of both shows work really well together so a crossover is very natural. I know the George Reeves Superman has been referenced in previous stories and that the Daily Planet staff made cameos so I hope he gets a proper crossover with these characters as well.

Verdict
This is an excellent issue. The concept is just too cool and something DC fans have always wanted to see. Comic book fans love crossovers and have always imagined how cool it could have been if these shows had somehow crossed. It’s awesome to retroactively put them in the same continuity. The art is great and there is a major surprise for DC fans.